Are we about to elect a mob boss as president of the United States? A front man, or front woman, for a consortium of crime cabals?

Donald Trump’s background is well known to VT readers. Meyer Lansky associates, folks like Roy Cohn, got Trump started in the gambling business, and the rest is history. For details listen to my debate/discussion with Gordon Duff and Ian Greenhalgh on VT Radio. Now Sheldon Adelson’s flagship newspaper is endorsing Trump. What more needs to be said?

But is Hillary any better? Trump’s threats to jail her resonate with a lot of folks, including me. Now political artist Anthony Freda, contributor to my new edited book Orlando False Flag, has set up a “Hillary as mob boss” sculpture in the streets of New York and invited people to autograph it. 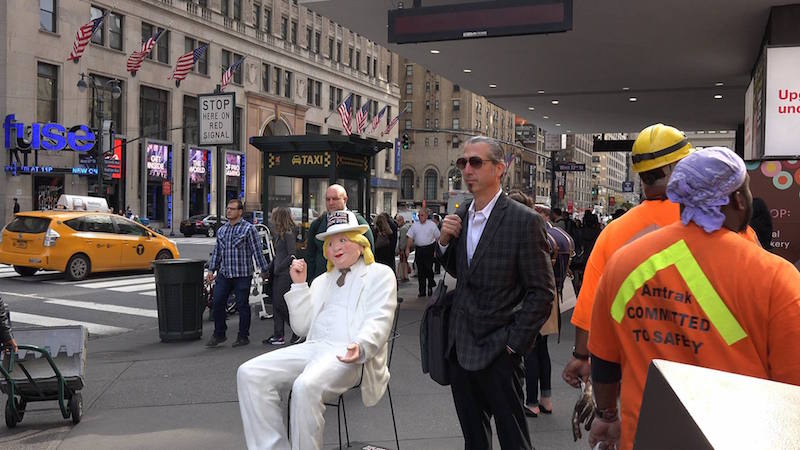 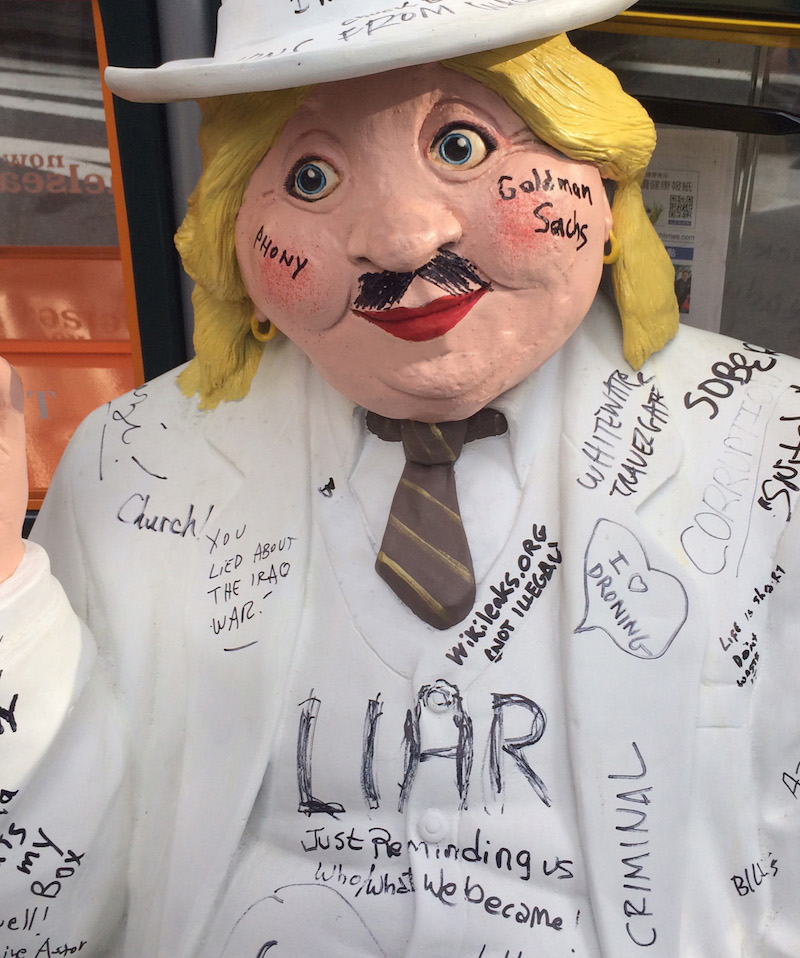 Sometimes pictures really are worth thousands of words.