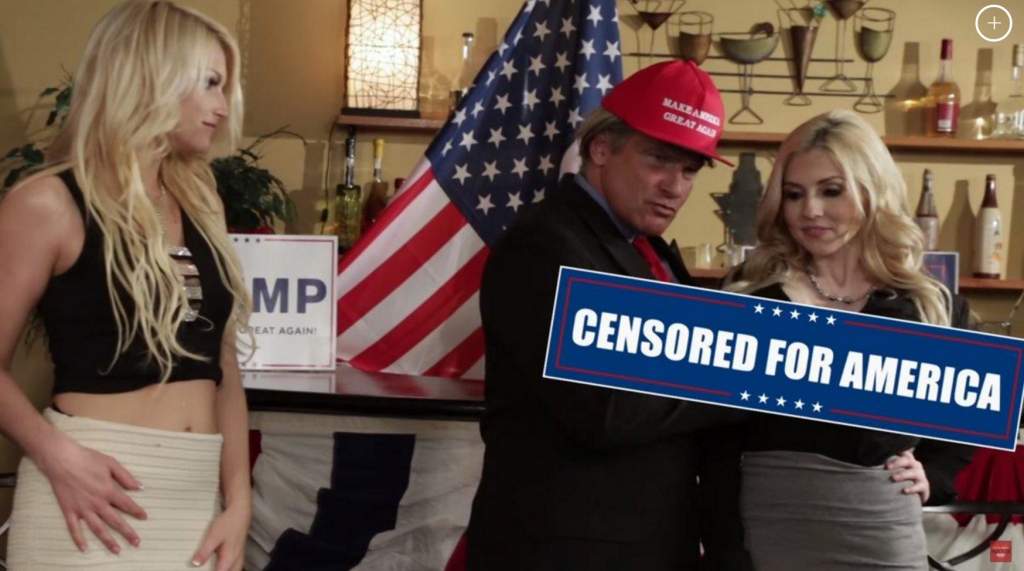 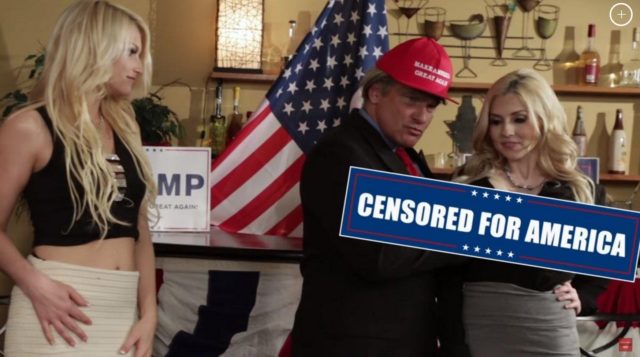 Trump’s world of great golf, Eastern European street walkers and high quality cocaine should be available to voters and those with stamina to handle it.  Problem is, Trump supporters are evangelical nutcases who love police killings, nuclear war and reruns of HeeHaw.  His bible thumping honky-tonk worshippers from the zombie flyover states need to be contained, isolated and purged, not catered to.

Here is what is happening in the real world.  The election is over.  Hillary controls enough states to win.

Also, her acceptance is no longer as “lesser of two evils,” but rather now something else.  You see, here TV ads, millions spent, have made her into a hero now admired by those who thought poorly of her.  This is true, you may not like it, but it also tells a story.  Americans are nuts.

Trump is just Trump.  He is now stained by the assholes who back him.  He is better than him but will wear the shame of proving to the world that America is a human trash heap.  I knew it was true, we all did.  I live here, I see it.  I don’t like it and would do anything were it otherwise.

Trump will probably win Ohio.  For many hear, and by many we mean millions, it means something to us, something very important.  There are no “Hillary” signs in Ohio, though she is currently polled at 49%.  Nobody will put them up because they are afraid of having their homes burned down, their cars damaged and their children threatened.

This is who Trump voters are, angry, violent and, for the most part, mentally unbalanced.  What is going on is that those with Trump signs are being noted, their addresses in many cases written down, not by police agencies but by parents, scout leaders and by those concerned about the world they live in.  “Trump” households are places where kids won’t be able to visit, where parents may well be “pussy grabbers” or tax cheats.

A contract with a Trumpite means default and lawsuit, as nearly everyone who has done business with “the donald” has learned.  But it is more, a Trump backer is someone who believes what serves their suspicions or, worse yet, they judge right or wrong based on their sexual needs rather than the rights or welfare of others, fearfully those others are women and even children.

Universally, Trump backers are racist.  This alone is enough to never talk to one as though that could be an issue.  Then there is the issue of religion.  Most Trump backers in Ohio are evangelical Christians who believe sexual assault is a personal issue and that paying poor wages and no taxes and spending the cash on prostitutes, even up to $10k per “session” is not inconsistent with Christian values.

However, those of us who have lived here and elsewhere in America knew this all along.  In fact, Trump himself may well be better than his backers.  Trump doesn’t need cash, not to live anyway, though he may have only a fraction of what he claims he has.

He may well believe he can save America though his poor grasp of economics and foreign policy, almost all learned from briefings by max-fabricationist Alex Jones, made him meat on the table to Hillary Clinton during the debates.  Trump would brings jobs back to America by cutting taxes to his rich friends unless of course he stopped for a second and realized that every tax cut for the rich has only led to foreign bank accounts loading up.

Trump himself has always turned to sweat shops and cheap foreign labor, even illegal foreign labor, when he needs work done.  He has been caught avoiding union wages or has altered his business model to use mob owned contractors time and time again.  Maybe he has changed but his simplistic view of correcting his own sins just doesn’t work.

Trump actually believes that those born with money are better than others, that they will do right though they never have in the past.  He is insane.  Hillary is not.  This is a difference.  Carefully reading the Wikileaks emails some talk about but know little of tells you how sane Hillary is.  She is actually likeable and her private person, that other side shown is rational and reasonable.  She can get along with business and she shows us she knows reality and right and wrong.

We also see darker things in the emails, that Wikileaks fabricated some of them and that shows us that whoever controls Wikileaks, and we know it to be the Mossad, believes they can control Trump or kill him if he doesn’t fall into line.  He should be concerned about that.  He is too stupid to have actually researched Wikileaks.  After all, Alex Jones is not going to tell him the truth.

He may well want to change.  Problem is, he shows me no base of talent capable of understanding his own dysfunction.  He would fix America but he has always, his entire life, taken the cheap and dirty way out with his primary concern being between his own legs and nothing else.  Dirty sex is not a sideline for him, it has defined his life, that and an abusive temper and his own idea of greatness.

Questions never asked are why someone 70 years old can be obsessed with sex when others of that age, like the writer here, note the movement of time.  It isn’t about testosterone levels, which can be enhanced but rather the idea that there are expectations for our behaviors, from our children and grandchildren, those we lead and even wifes, which for some of us are somewhat near our own ages.

I am not advocate of religious morality.  We have nothing but experience of that failing.  Here in Ohio, we have had decades of religious groups practicing incest and pedophilia on a massive scale.  We have seen the pious advocate racism, push for wars and vote us into a police state.  We see them in business, they are a pack of liars and cheats, not all but more than a few, even more than half.

In business, when you see a bible, you know you are in the hands of a thief.  Just watch the monsters in Washington, bible in hand, ordering drone killings at weddings and funerals, ordering collateral damage, like the 400k killed in Syria by our Christian “elites.”

At least Trump isn’t a Christian, not even part time.  I like that about him.  I don’t like him, because of how he carries himself, a nasty little toad, not because of what he does.  Lots of people would do what he does if they could get away with it and Trump throws it back in their faces.  He is right to do that.

Trump is better than his backers, no question.