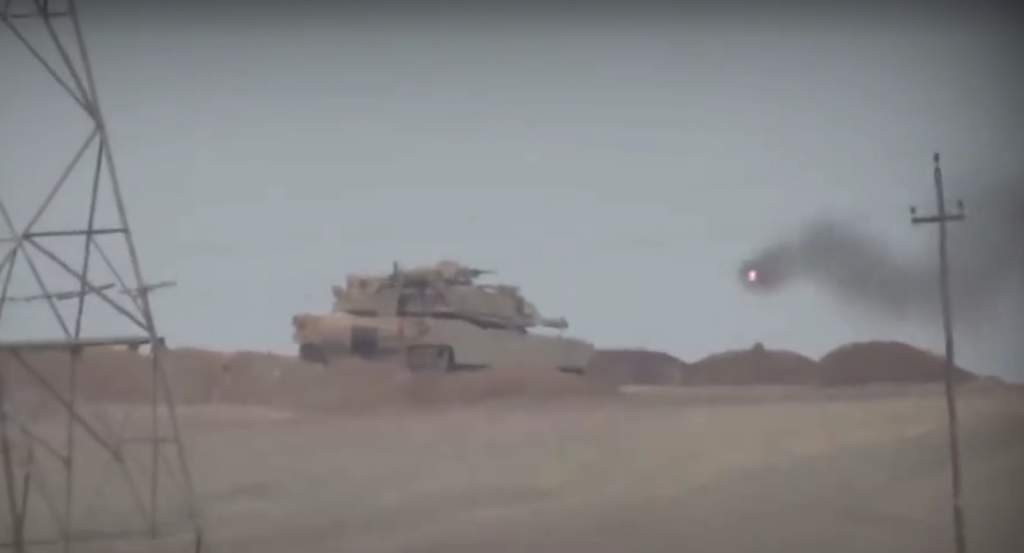 Russian media is claiming it was one of their Kornet missiles that was used but the video shows otherwise.  This claim, stupid as it is, is telling as well.  The video, as have so many others, proves that America is resupplying ISIS with arms against Iraq.  These arms are being brought through Kurdish controlled territory, past a Turkish base and into Mosul.

Nobody pays any attention to the truth here which makes us wonder more than a bit why no one but VT writes about such things.

The US claims the Abrams M1 main battle tank was hit from behind with a 9M133 Kornet anti-tank missile at the Qurayyah crossroads south of Mosul, said the IS-affiliated Amaq news agency.  However, a Kornet is not wireguided as was the missile that hit the tank.

The footage of the incident was published on Monday. Authenticity of the video could not be immediately verified.