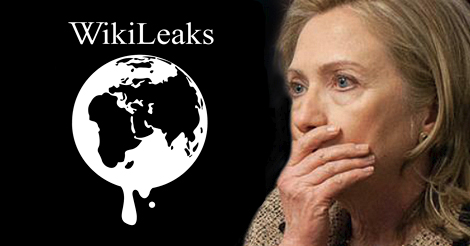 Over the years, American governments have invested in building a huge infrastructure  designed, in the name of public safety and national security, to spy on each and every one of us.  It was the whistleblower Edward Snowdon who taught us about the extent of the cooperation between the NSA, telecommunication companies and European governments. Some of us were extremely concerned about these revelations while others learned to live with them – but very few of us realised that sooner rather than later, it would be we the people who actually gained such free access to the secrets of our big brothers.

Just a week or so before the American presidential election, it has become clear that,  rather than them looking at us and making us feel vulnerable and exposed, it is actually us, the people, who are sitting in front of our TV screens being entertained by Clinton’s emails and the revelations about her ties with the most horrible people on the planet.

It seems as if us ‘little brothers’ are growing tired of our ‘big brother’ and such a realisation points to a shift in consciousness that could lead to complete social revolution. The awareness is certainly here already.