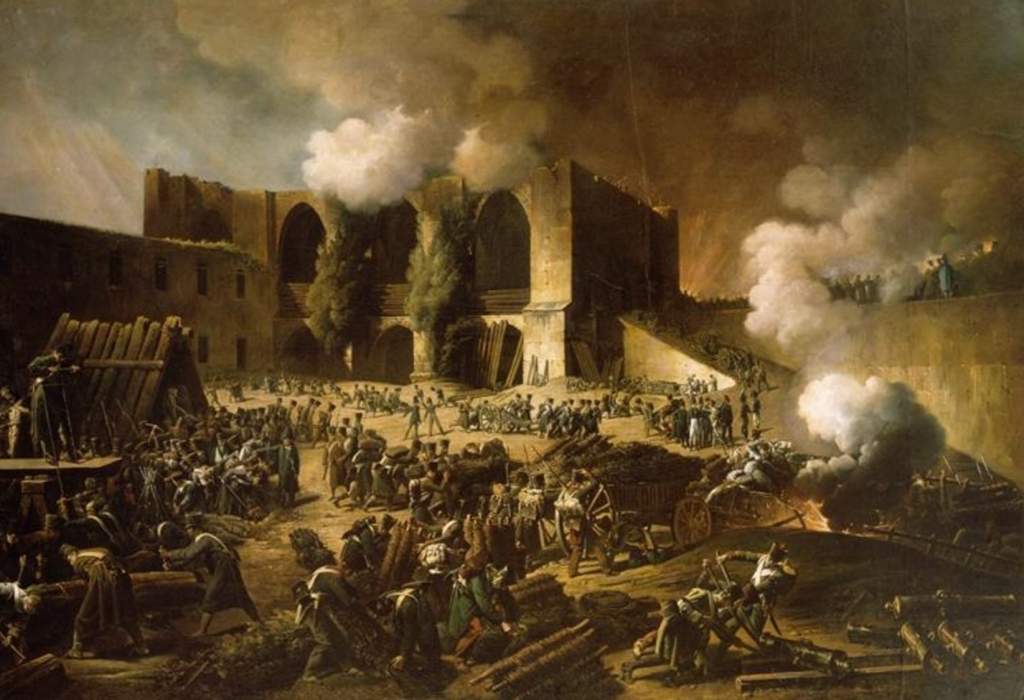 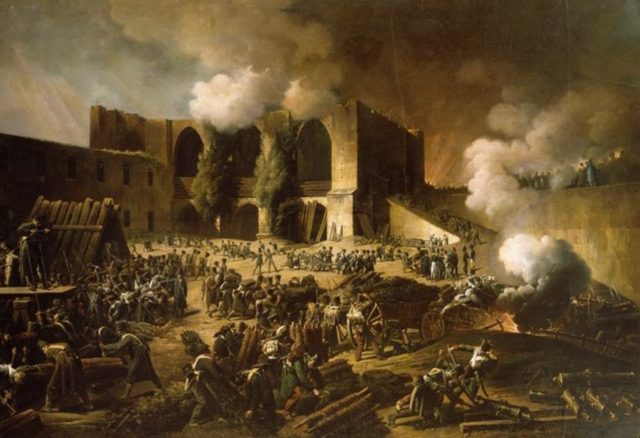 [ Editor’s note:  Both BG Raja and Imran Khan are VT followers and personal friends of the Senior Editor.  This is a vital untold story.  IK isn’t returning emails and it would be nice to hear his side.  Our bureau chief in Islamabad, Raja Mujtaba, has been gone [deceased] for two years now, a huge loss for VT… Gordon ]

Imran Khan (IK) and his partner Sheikh Rashid pursuing politics of agitation since mid-2014 are once again on a rampage and are determined to lock down Islamabad (Isbd) and seize power by force. Their tantrums have shot up the political temperature to a boiling point and has intensified uncertainty and insecurity.

The Khyber Pakhtunkhwa (KP) Chief Minister Pervez Khattak along with PTI workers is exultantly moving in a convoy from Peshawar to reach Bani Gala and participate in the already declared November 2, D-Day for the final showdown with the government (govt) at D-chowk. He has puerilely given an ethnic color to his march by playing the Pashtun card.

He and his convey has been greeted by the Punjab Police with tear gas shells at Attock Bridge and Hazro interchange. The PML-Q, PAT and PSP have pledged support to IK but from a distance. The PPP is gearing up to add fuel to fire. Maulana Fazlur Rahman led JUI-F has stood up in support of the beleaguered PML-N and has warned PTI that its march to Isbd will be contested. ANP, NP, QWP and MQM (P) sympathies are also with the ruling party.

The fires of agitation lit by the PTI has spread to other cities as well. Containerization has taken the life of one army officer and one child and is causing great inconvenience to the dwellers of twin cities. Media is playing its usual negative role to keep the pot sizzling. One-seater Sheikh Rashid is being glorified and so is the bellicosity of IK, while govt’s defensive acts are demeaned.

Anchors and analysts are busy upping the ante and none seem to be interested in defusing the volatile situation. Hate campaign against NS and his family by the social media has touched new heights of slander. Political wrangling and filibustering is further damaging the image of Pakistan in the world and the cause of Kashmir.

The master planners sitting in London, Washington, Tel Aviv and New Delhi are keeping their fingers crossed and are excitedly watching the gathering storm and hoping that the govt machinery in Isbd will be paralyzed and will force Nawaz Sharif (NS) to resign, or the Army to intervene and take over. India is incessantly throwing logs into the fire by heating up the LoC, while RAW-NDS are continuing with their covert operations in selected zones. Their major interest is to disrupt work on CPEC.

Followers of IK are bubbling with enthusiasm and have gone hyper. Some were caught carrying weapons, ammunition, tear gas shells and bullet proof jackets. Most are carrying batons and young girls are equally aggressive.

PTI’s armed Tiger Force has been tasked to battle with the Police/FC if stopped. They are already seeing their charismatic leader wearing the crown and with Aladdin lamp in his hand removing all the chronic ailments of Pakistan in a flash.

They are convinced that once he seizes power, milk and honey will start flowing in the rivers of Pakistan and miseries of the downtrodden will be alleviated. One reason of their euphoria is the apparent estrangement of the Army leadership over the security leak scandal. Their joys knew no bounds when Information Minister Pervez Rashid was sacked. It was seen as the beginning of the demise of NS Empire.

It has further energized the PTI workers and they seem fully charged up to execute the orders of their Captain to lock down the capital city on November 2.  IK has taken it as a last ditch battle. For him it is a do or die battle. He is once again expectantly looking towards Gen Raheel Sharif to raise his finger.

Undoubtedly the security leak has suddenly become a bigger challenge for the govt than the IK threat. A high powered committee comprising of members from ISI, MI and IB will carry out in-depth investigation to trace out the culprits responsible for feeding the story and that too in twisted form to the Dawn newspaper, who were behind it, what was the motive, apportion blame and prescribe punishment. It is to be seen where the trail ends. Absence of the author of the controversial story Cyril Almeida will make things difficult for the investigators.

Unlike its defensive stance to the 2014 sit-in, which had lingered on for 126 days without any outcome, this time the govt is in a defiant mood and is flexing its muscles to go to any length to defeat the sinister plans of the invaders. Containers have been placed on all entry points of Isbd and along Peshawar-Isbd road and along Bani Gala road. Large contingents of the police and paramilitary troops have been deployed while the army has been alerted to be prepared to defend Isbd under Article 245. At the moment, the entire leadership of PTI have got stranded in IK residence at Bani Gala.

NS has addressed two public meetings in KP and his tone and tenor gave no sign of nervousness. Rather he was quite confident to win next elections in 2018 on the strength of his achievements and dismal performance of PTI in KP and PPP in Sindh. The govt side is of the view that there is no reason for IK to agitate when the Supreme Court has accepted his petition and NS has been summoned on account of Panama scandal. They say, PTI youth wing violated the curfew imposed under Section 144 CrPC and also defied Isbd High Court restraining order not to create mayhem.

Pervez Rashid was in bad books of IK and his colleagues due to his counter jibes whenever IK lambasted NS. But he was not the most sought target. His unceremonious exit or an in-house change doesn’t fulfill the ambition of IK to become the PM. He desires that NS should be booted out or he quits voluntarily irrespective of the fact that his name does not appear in the list of account holders in Off Shore Company.

He has no idea what is in store for him if NS is forced to throw in his towel. In all likelihood, the ruckus in the aftermath of NS departure will drown IK’s ambitions. It cannot be denied that NS is still the most popular leader and he has many feathers in his cap. His 3rd time premature boot out will make him a political martyr and will not be taken lightly by his fans in Punjab. Baluchistan govt and JUI-F would also not welcome his ouster particularly when he had presented him and his family for accountability and the matter was with the courts.

The situation will become ripe for chaos which outside powers have all along been trying to foment. The Army may have to grudgingly step in to restore semblance of order. In the wake of tense geo-political environment, terrorism, acute polarization, feudal mindset, partisanship, parochialism and secular-Islamic divide, it will not be possible for the Army to restore order and hold elections within three months as prescribed in the constitution. Supposedly, if elections do take place within 3 months, PML-N will surely win the race and perhaps PTI may lose KP as well.

Elections without reforms will otherwise be an exercise in futility. The Army will perforce have to stretch its rule to 3-5 years if not more to be able to take Operation Zarb-e-Azb, Rangers operation in Karachi, FC operation in Baluchistan and ongoing combing operation to their logical ends; to implement the National Action Plan in letter and spirit, and to complete the vital project of CPEC.

Additionally it will have to carry out following reforms for a better morrow and for enabling environment for true democracy to flourish: 1. Electoral, political, police, bureaucracy, judicial, education, media reforms. 2. Breaking the nexus between crime, politics, terrorism and corruption. 3. Effective accountability system. 4. Cleansing the Aegean Stables.

All this will be possible only when there is strict martial law and politicians of all hues are kept at bay. Will this arrangement be acceptable to IK? If he is prepared to wait for 5 years, why not hold on for 1 ½ years and contest the 2018 elections and win the coveted crown!! Moreover, what is the guarantee that the Army will be able to put everything right since it was not able to do so in the past? Things may become messier. Memory of our people is very short lived.

Soon they will forget the ills of NS and his good deeds will be recalled with fondness and the Army will be put on the mat with a vengeance as had happened during the four military rules. True to their tradition, anti-Pakistan foreign powers will be behind the anti-Army campaign. Political destabilization suit the conspirators since it makes it easier for them to exert pressure and dictate terms.

It is indeed most unfortunate that our politicians are fighting for power among each other, while the media and so-called educated lot are supporting their favorite political leaders and feel no qualm in passing lecherous and insulting remarks against their opponents. Preferably, all our guns should be collectively firing at our enemies who are bent upon breaking up Pakistan.