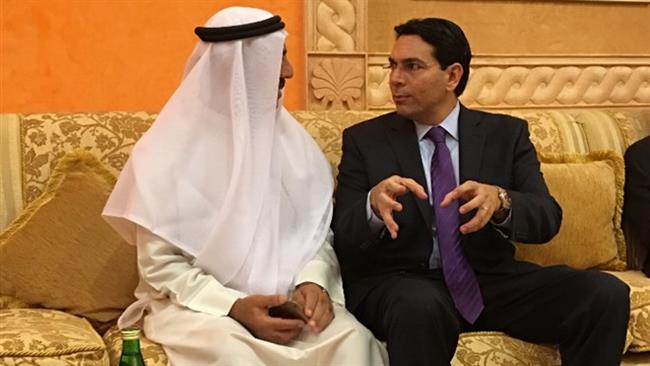 A high-ranking delegation from the Israeli regime has secretly traveled to the United Arab Emirates (UAE), even as the Emirati government has no diplomatic relations with Tel Aviv.

Danny Danon, the Israeli regime’s ambassador to the United Nations (UN), made a three-day secret visit along with his staff to Dubai to participate in a development conference organized by the UN, reported the Israel Channel 2 television station on Thursday.

The UN conference was held in Dubai from October 30 to November 3.

The report said Danon’s visit to the UAE was conducted “under heavy secrecy and tight security so as not to arouse the anger of UAE citizens.”

The Emirati government does not officially recognize the Israeli regime, which would mean that Israelis cannot obtain passports to travel there. However, Emirati authorities reportedly provided special visas for Danon and his staff to enable their trip, reported the Israeli channel.

However, there have been numerous reports and public statements indicating covert ties between the Arab governments and Israel.

Also in July, a Saudi delegation headed by a former military general visited Israel and met a senior Israeli foreign ministry official and a number of Knesset members.

In November 2015, AP cited an Israeli foreign ministry spokesman as saying that Tel Aviv would “soon” open a “permanent mission” in Abu Dhabi. The mission, it said, would operate as part of the International Renewable Energy Agency (IRENA) based in the Emirati city.