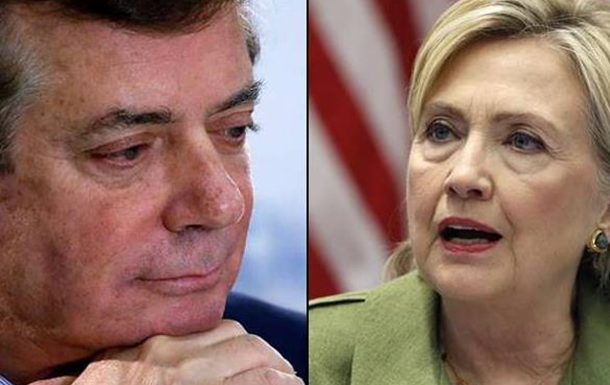 My name is Viktoria Dmitrienko and I am a freelance journalist. Veterans Today is known as a very serious independent investigative resource  so I’d like to share my article with you.
—
Виктория Дмитриенко

Hackers revealed how the Department of State organized the publication of the secret ledges of the former Ukrainian President Victor Yanukovych. Paul Manafort had to leave Trump’s presidential campaign after this publication

CyberBerkut hack team published the internal documents of the Presidential Administration of Ukraine related to the visit of its former leader Boris Lozhkin to the USA in June 2016.Among other documents the collection of damaging documents concerning Paul Manafort are of particular interest. He was an adviser on the Ukrainian presidential campaign of the former Ukrainian President Viktor Yanukovych and his Party of Regions.

The results of CyberBerkut’s investigation on the basis of the received documents are surprising. As it turns out, now the whole state machine and the entire administrative system of Ukraine are working for its overseas bosses and patrons.

It was discovered that, the documents were handed over to Boris Lozhkin during his meeting with Evan Ryan, the US Assistant Secretary of State for Educational and Cultural Affairs, in Washington. And that was just the beginning of a larger campaign of the US State Department to discredit Manafort who held at that time the post of Donald Trump’s campaign chief.

Taking into consideration nearly a decade of Manafort’s work as the political adviser in Ukraine, supporters of Hillary Clinton in the Department of State decided to use their power. They set a task to the Ukrainian leadership to find some dirt on Manafort and make it public.

The wishes of their bosses were transmitted to Kiev via Valery Chaly, the Ambassador of Ukraine to Washington who previously was the Deputy Head of the Presidential Administration of Ukraine.

At that time, the SBU had already had the secret ledges of Party of Regions at their disposal. Paul Manafort, the adviser of Yanukovych, and many other well-known Ukrainian politicians were mentioned there.

The whole operation was designed to leak this information to the media. Viktor Trepak, the former first deputy chairman of the Security Service of Ukraine, while leaving the intelligence agency incidentally picked up a pack of documents and somehow miraculously escaped prosecution. Then he gave these documents for the analysis both to the National Anti-Corruption Bureau of Ukraine and Serhiy Leshchenko, the Ukrainian MP, who had long been known as an American agent of influence.

At the same time, the Department of State sent instructions to the US Embassy in Ukraine and personally to the ambassador Jeffrey Payette to supervise the operation. Shari Bistransky, the US Embassy Cultural Affairs Officer, became responsible for the communication with the chief “investigator” Sergei Leshchenko as usual.

Moreover, in order to dispel any doubt there is an access to the profile on the notorious traitor Serhiy Leshchenko that describes his activities for the benefit of Washington in detail.

As a result, the leaks led to the Manafort resignation from the post of Trump election campaign chief in mid-August.

It should be noted that this information operation was the final chord for Payette, who moved to Greece at the end of August and Lozhkin who triumphantly left the Presidential Administration in late August. As for Leshchenko, who bought a luxury apartment in the center of Kiev in the late August as well, this campaign became a kind of a career promotion. In October 2016, he had the honor to personally meet Victoria Nuland.