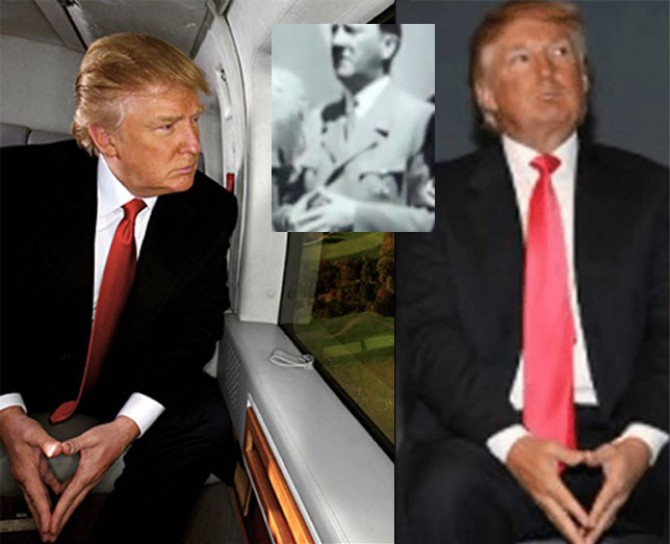 At first glance, Trump’s triumph was a big win for “conspiracy theorists.”

Trump challenged mainstream narratives like no other presidential candidate in history. He said Bush was responsible for 9/11, Cruz’s dad killed JFK, international banksters run the world, Obama and Hillary created ISIS, American elections are routinely rigged, Hillary stole the nomination from Bernie, Scalia was murdered, NATO is a swindle, Russia is right in Syria and Ukraine, Bush’s scare story of Iraqi WMD was a big lie,  trade treaties are a scam, vaccines cause autism, national sovereignty is threatened by a New World Order conspiracy, Bill Clinton is a rapist and Hillary an enabler … and a whole lot of other unspeakable things that are basically true.

Alongside the true ones, Trump has also endorsed many “conspiracy theories” that are false or dubious. He says the claim that asbestos are dangerous is a “great con,” the California draught doesn’t exist,  Muslims (rather than Israelis) danced and celebrated on 9/11, climate change is a hoax, Obama is a secret Muslim, voter fraud not election fraud is the problem, and on and on.

On the surface, Trump’s win is a victory for the alternative media, which has succeeded in undermining public confidence in mainstream narratives to the point that most people have no idea what to believe any more. The only thing we know for sure is that the authorities are probably lying.

But let’s look beneath the surface. That’s what we “conspiracy theorists” do for a living, right?

Is Trump going to solve the horrendous problems that the alternative media has unveiled? Is he going to officially reveal the horrific truth about 9/11, including the Bush family’s (and Israel’s) involvement? Will he expose the full truth about the JFK coup and other political assassinations? Will he send our top leaders to prison for creating and supporting ISIS? Will he institute honest elections using hand-counted paper ballots? Will he end the Fed, round up the Rothschilds, and announce the demise of the New World Order?

Above all, will he restore America’s middle and working classes to financial solvency and “make America great again,” thereby ending the conspiracy of the .001% against the rest of us?

If you have even a shred of hope that Trump will do any of these things, you are living in la-la land.

Trump is a narcissistic demagogue with ADD. The people surrounding him, with few exceptions, are the worst of the worst. This does not look good, folks.

Just as he offered both true and false “conspiracy theories,” Trump played on both legitimate and illegitimate outrage. He blasted legitimate targets: the Republican and Democratic establishments, the globalists, the banksters. But even as he attacked the powerful, he skillfully distracted his audience by simultaneously attacking the innocent and powerless: Muslims, hispanics, immigrants, black lives matter activists.

Now Trump needs to unite the nation, or as much of it as possible, by attacking a designated scapegoat. Who do you think he will pick – the powerful or the powerless?

Get ready for the biggest bait-and-switch operation in political history.

Do you really think Trump is going to end the Fed or pull out of NATO? That would involve taking on ultra-powerful enemies, enemies who can fight back. Bullies like Trump don’t do that.

Instead, he will whip up popular hatred of hispanics or Muslims. My bet is that it will be Muslims. Why? Because there are too many hispanics, and big corporations need their cheap labor. If Trump tried to actually fulfill his campaign promises of building a wall and ethnically cleansing ten million (or, some say, twenty or thirty or forty millions) of hispanic illegal immigrants, the pushback would be overwhelming…not just from the deportees, but from their big corporate employers.

Trump needs to make us forget those campaign promises. How?

I am expecting a huge false flag blamed on “radical Muslims,” followed by a roundup of Muslims, then either deportations or extermination camps. In the ensuing hysteria, the whole issue of the Mexican Wall would be consigned to the memory hole.

I urge all of my fellow American Muslims to immediately arm themselves with the most powerful legal military-grade weaponry available (such as the items sold right here at Veterans Today) and get the best available firearms training as soon as possible. A well-armed and fully prepared Muslim community (backed by non-Muslim pro-Constitution folks including sympathizers in law enforcement and the military) could serve as a deterrent against the genocidal chicanery that some of the people around Trump – such as his 9/11-anthrax complicit VP-elect Mike Pence – may be preparing.