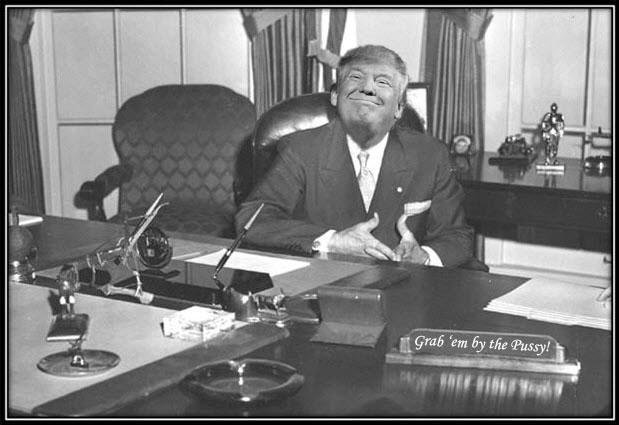 President Elect Donald Trump, Soon to be a Federal Government Employee
Will Creditors be in Line on Inauguration Day?

As Donald Trump became President elect, one would have to wonder what this will be like for the proverbial person behind the position starting the job itself. Being an entrepreneur and a business executive most, if not all of his life, he probably has been paid by 1099 or using draws from his companies, rather than being a standard W-2 employee.

When Trump becomes President, he will be a Federal Government employee, and thereby, have to submit his driver’s license and social security card or passport and become just like most of us, an employee of a larger entity.

During the campaign there were lots of articles about Trump not paying contractors and workers he hired.

“At least 60 lawsuits, along with hundreds of liens, judgments, and other government filings reviewed by the USA TODAY NETWORK, document people who have accused Trump and his businesses of failing to pay them for their work. Among them: a dishwasher in Florida. A glass company in New Jersey. A carpet company. A plumber. Painters. Forty-eight waiters. Dozens of bartenders and other hourly workers at his resorts and clubs, coast to coast. Real estate brokers who sold his properties. And, ironically, several law firms that once represented him in these suits and others.”

Now that Trump has won the election, one would have to wonder about the possibility of those individuals and companies to finally recover their money through the judgments they obtained previously by garnishing his wages, which will be paid by the Federal Government. If Donald Trump was found personally liable for any of these non-payment issues, which previously could be avoided through the corporate veil, now may be the time for his collectors to stand in line on Inauguration Day.

As Trump has claimed to be very rich and many people estimate his fortune in the millions, if not billions of dollars, why would he not pay the people he hired?

Even during the campaign, as of October 31 the Federal Election Commission report showed that the Trump campaign was disputing nearly $767,000 that pollster Tony Fabrizio firm said was still owed for polling, according to the Washington Post article here.

One has to wonder if his creditors will now be able to finally collect on their judgments because Trump will be earning Federally reported income? If so, he may be the first President in history to have his wages garnished by creditors. Wouldn’t that be strange for a billionaire?