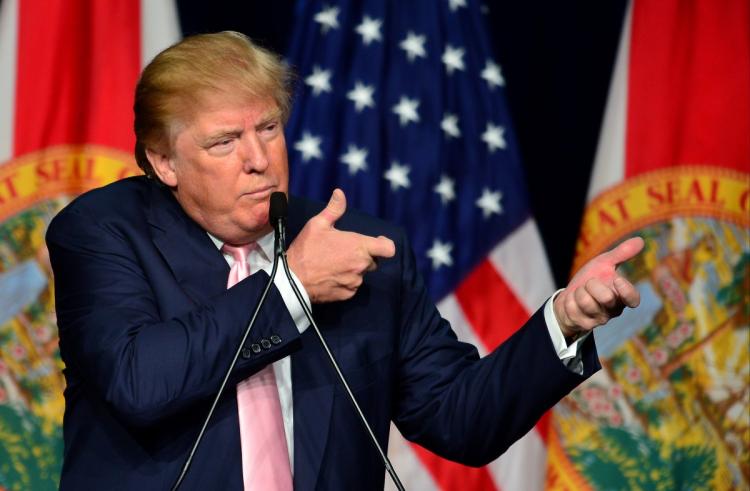 How Well the Arab World is Taking Trump’s Victory

[ Editor’s Note: This is one of the first Obama legacy articles I have seen in the post election environment. We will see more before he leaves office, especially on his foreign policy, a disaster other than getting out of Iraq and ending the Iran nuclear weapons hoax.

That Iran had no weapons program was proven when the Israelis, who did everything they could to kill the talks, never revealed their evidence of the program, which they had always insisted that they had. And worldwide media never barbecued them for their fraud, or the US branch that never apologized for years of Iranian bogeyman hype.

Obama’s disasters are worse for his legacy, as his Nobel Peace Prize is a glaring spotlight of his being one of the most undeserving recipients in history, based on the trail of carnage he has left in his wake.

I am working on a Chuck Hagel NEO article and reviewing some of his exposés. He was a Syria hawk, having wanted to launch the cruise missile attack on Damascus over the bogus claims of Assad using gas on civilians for no discernible advantage to himself, actually just the opposite. But Hagel did say that Obama and Susan Rice never really had a Syria policy.

This is not true. He just did not have the one that Hagel wanted. Obama’s was an attrition process of wearing Assad down until his own military would get him out via a coup. Hagel also claims ISIS-ISIL caught the administration by surprise, a huge admission of an intelligence failure, like the Mosul takeover being a complete surprise.

Gordon had briefed Iraq that the attack would come out of Syria and go right for Mosul for all the weapons stockpiles there. The Iraqis said no, it would come out of Fallujah because that’s where they always had come from.

Gordon was offering them sensor-arrayed skyships via Adamas, to be able to monitor the border area so the attacking columns could be spotted and attacked while they were still in wide-open desert territory, before they got inside the city. The rest is history.

The Arab world has a lot to fear from Trump, as he will also be the de facto president of Israel, with Shelley Adelson as an unofficial Secretary of State for Netanyahu. The Likuds will be picking America’s pocket way beyond the $38 billion we just went on the hook for. Israeli espionage here will go to new heights, as they will be given official positions inside the administration. Once they are inside that deep, they will be planning to stay… Jim W. Dean ]

As one cold expect the Arab countries, just like any other state in the world, were following closely the US presidential campaign. This is understandable, since the people of this war-torn region are kin to know what the White House is going to do in the next four years and in which way this will affect the Middle East.

As for Barack Obama that is going to leave office pretty soon, it’s hardly a secret that local media sources were criticizing his policies in strong language.

“Obama’s legacy in the Middle East — is a complete disaster, as the conflicts in Syria, Iraq, Yemen, Libya continue, while being unaddressed.” Al Jazeera would often write, quoting a speech delivered by the famous professor of international affairs at Harvard, Stephen Walt. Terrorist attacks are shaking Turkey, Tunisia, Lebanon, while the situation in Palestine remains unclear, since the prospects of an actual settlement between Israelis and Palestinians are becoming increasingly remote.

The steps that the US has taken in Libya and Yemen have led to their complete collapse as states. At the same time, all Obama ever did was to repeat his mantra that “Assad should leave”, which only aggravated the war in Syria. The only achievement that Obama can somehow put on his scoreboard — is the the Iran nuclear deal. 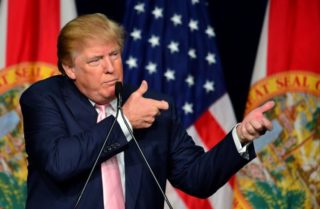 According to the Egyptian newspaper Al-Ahram, “this campaign has been so scandalous, it is unlikely that the US will be able to recover from it in the near future.” “If America was perceived as a beacon of democracy, its lights have considerably dimmed recently.” – says the Lebanese Daily Star.

The remarks of Haed Al Maena, a Saudi journalist writing for the Saudi Gazette were particularly bold. “This election campaign was the most polarized one in the US history,” – he would note. Analyzing the course of the election campaign, the author concludes that “the Arabs have to rely on themselves, instead of expecting anything from America.”

“she’s been kissing ground the Israelis walk on, going as far as promising to invite Israeli Prime Minister Netanyahu as the first foreign visitor to the White House in case of her victory. She announced strong support for the Israeli government, which occupies other peoples’ land, murdering children and carrying on the worst form of apartheid known to men… This woman does not feel any remorse — we can just remember her insulting remarks about her husband’s rape victims. The recent revelations released by the WikiLeaks show that she believes that the destruction of Syria will be beneficial to Israel.”

The Middle Eastern ruling and media elites alike resided on the assumption that Hillary Clinton would win. That is why Trump’s success was rather unexpected, which in turn created a massive confusion. Now all the attention is paid to the detailed study and analysis of all the statements the next president of the United States has ever made.

One may remember Trump‘s remarks about him being on the same side with Russia and the Syrian regime in the fight against ISIS, instead of creating a no-fly zone that Hillary Clinton was advocating. 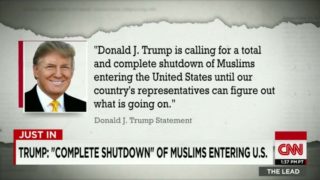 Many Arab journalists are stressing the part of Trump’s speech at the National Convention of the Republican Party in July 2016, where he accused the Obama administration of forcing America to bow to China, Mexico, Russia and the Islamic state.

However, an increasing amount of attention is being paid to Trump’s attitude towards Islam and the Muslim refugees. Al Jazeera has already published an article under the title President of Islamophobia, which stated that Trump rose to the heights of power due to his Islamophobic campaign, and now Islamophobia has become the US official policy.

It was noted that at first, when in one of the speeches Trump proposed a ban against Muslims entering the United States, this position received no approval. However, in March 2016, according to the survey, a significant portion of the US population fully supported this approach.

One must note that Trump’s position on the Arab-Israeli conflict is also rather sensitive for the Arab world.

Trump, notes the above mentioned journalist Khalid Al Maena, would bring no good for the Arabs, since he’s naive and unexperienced and will only do what he believes is good for himself. And really – Al Maena concludes — “how can one treat Arabs with sympathy, if they are at each other’s throats.”

A number of Arab commentators have already noted that Trump‘s positive remarks about Israel, as some of them claim that he promised to move the US embassy to Jerusalem — the declared but not recognized capital of the Israeli state.

The Jerusalem Post would stress that the victory of pro-Israeli right-wing Trump would be ” the end of the Palestinian state. “