Now that the election is over and Donald Trump has been designated the winner, the absence of a resolution to America’s problems is more obvious than ever. How did we arrive at this moment?

While covering the presidential campaigns of the two most disliked candidates in American history, mainstream commentators found that facts just didn’t matter. As the candidates bobbed and weaved and excoriated each other as unfit for the presidency, neither showed any genuine capacity for leadership or could explain exactly how they’d make the desperately needed course-correction Americans want. Now that those missing facts have landed Donald Trump in the White House, panic is setting in.

Donald Trump has broken the old, decrepit system, but what kind of country does America want to become; and can President Trump be convinced that he must work with all the American people to realize it? America stands at a crossroads; and there is no better time to look back and connect those long forgotten events that have led us to this most momentous opportunity.

Known forever after as the Wolfowitz Doctrine, it would ultimately change the nature of America’s relationship to the world by requiring that any and all of America’s potential competitors either submit to America’s will or have their countries invaded and their governments subverted and overthrown.

The events of 9/11 enabled the U.S. to go to any lengths to enforce the plan, but the last fifteen years have been hard on “the dark force that orders the universe.” Judging by the rise of ISIS, strategic failures in Afghanistan, Iraq, Syria, Libya and Ukraine, the unravelling of the Post World War II NATO alliance and the fracturing of the European Union along nationalist lines, the rapid decline in America’s Imperial power has become obvious to everyone.

Even the famed geostrategist Zbigniew Brzezinski admits, the era of America’s imperial expansion has ended and the time has come for a realistic realignment of U.S. goals and objectives. Yet, despite this overwhelming evidence that times have changed, the American government and its policymakers in Washington have until now continued to steer a self-destructive course toward a nuclear confrontation with the Russians and Chinese.

In this twilight world, where the traditional weapons of American power projection no longer guarantee the expected results, guilt and innocence and even facts have become irrelevant.

By openly embracing the imperial agenda of the Wolfowitz Doctrine, the U.S. left the realm of science and empiricism and entered an imperial realm, populated by those who can neither be understood nor reasoned with outside the confines of their own internally consistent logic.

The Cult of Intel

It is a strange and shadowy world where reality is made by those in power; and those in power can no longer tell the truth from their own fictions.

From its inception during World War II, America’s military/intelligence apparatus has acted more as a cult drawn from America’s ruling elite than a bureaucracy dedicated to the nation’s security.

It was said of America’s first spy agency the OSS that its initials stood for Oh-So-Social because of its abundant staffing with New York’s high society blue bloods. Victor Marchetti and John D. Marks even titled their 1974 book on their life in the CIA and Foreign Service as The CIA and the Cult of Intelligence.

But over the last forty years and especially since the events of 9/11, that “Cult” and its sister organizations in the military/intelligence community have emerged from behind the curtain to become a ubiquitous and forbidding presence.

In effect, Marchetti and Marks’ cult of intelligence has grown to become the dominant American “Culture.” But what that culture really is and where it’s leading us remains a frightening proposition that each and every American needs to understand.

After 9/11, “national security” came to pervade all aspects of American life, from the grocery store to academia to hotel check-ins to religion. This total militarization of American society helped to polarize the political process, obsolete diplomacy as a tool of American interests overseas, and slowly and inexorably change the way Americans think about their country.

Although tapering off slightly from its early popularity, the celebration of mass murder in such games as Call of Duty, after 15 years of budget-busting real war, is a cruel reminder of the Orwellian illogic of life on the other side of the mirror. But the deeper and more disturbing problem now surfacing is that real war and the imagined war played out on the video screens of America’s youths appear to have merged into one stark unreality, as they bring the real war home. 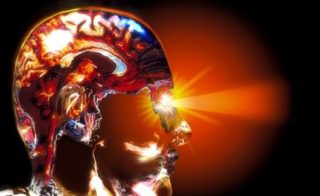 Apart from the moral implications, the future of society and the very nature of who we are as human beings have been fundamentally altered by such technology.

Recent studies indicate that heavy gaming may impact the integrity of the brain’s hippocampus, “which is associated with an increased risk of neurological disorders such as Alzheimer’s disease.”

The altered states of awareness traditionally offered by drugs and mysticism, religion and meditation have been replaced by technology of all kinds and, through technology, real war and fantasy war have exchanged places. The tyranny of illogical thinking evidenced by the U.S. in its War on Terror can be traced most recently to the Cold War, where it had become necessary to throw out the burden of proof and invert the rules of logic in order to defeat Communism.

Our personal experience with this illogic came in 1982. In response to our PBS documentary on Afghanistan, Afghanistan Between Three Worlds, we were informed by Major Karen McKay, a spokesperson for the right-wing Washington-based propaganda outfit Committee for a Free Afghanistan, that getting proof of Soviet guilt in Afghanistan wasn’t necessary simply because “we know they’re guilty.”

Such faith-based assumptions were more the realm of medieval theologians than rational analysts, and the late Senator J. William Fulbright said so in his 1972 New Yorker article titled, Reflections: In Thrall To Fear.

“The truly remarkable thing about this Cold War psychology,” he wrote, “is the totally illogical transfer of the burden of proof from those who make charges to those who question them… The Cold Warriors, instead of having to say how they knew that Vietnam was part of a plan for the Communization of the world, so manipulated the terms of public discussion as to be able to demand that the skeptics prove that it was not.”

Fulbright realized that “Rational men could not deal with each other on this basis,” and arrive at anything resembling “truth.” But this understanding quickly evaporated as the Vietnam era ended and the U.S. drifted into a realm governed by irrational men, who believed their own illogic superseded the inconvenient facts and figures surrounding their failures.

Guided by old ideologues who had helped to create the Cold War — like Paul Nitze, Leo Cherne, William Casey and General Danny Graham and leading neoconservatives like Richard Perle, Harvard professor Richard Pipes and Paul Wolfowitz — their group known as Team B guided the restructuring of American military policy towards the Soviet Union, not on the basis of fact or proof, but only on what their biased minds could imagine.

Team B set about to psychologically reverse the impact the Cold War and especially Vietnam had on Washington’s ruling elites by accusing the CIA’s analysts of “Mirror imaging,” their own intentions, as President Kennedy’s science advisor Jerome Wiesner had claimed back in the 1960s. Only this time — in a fatal twist of Wiesner’s logic — Team B claimed the mirror image was of American weakness and not strength reflected in the mirror of the Soviets’ steely eyes.

At the time the idea that the Soviet Union could or should be judged solely based on an ideological perspective was rejected by Washington’s more rational elite.

“I would say that all of it was fantasy,” said Anne Hessing Cahn who worked on the staff of the U.S. Arms Control and Disarmament Agency from 1982 to 1988. “They looked at radars out in Krasnoyarsk and said ‘this is a laser beam weapon’ when in fact it was nothing of the sort… And if you go through most of Team B’s specific allegations about weapons systems and you examine them one by one, they were all wrong… I don’t believe anything in Team B was really true.”

So what is true about the prevailing motives of American national security policy that continue to crank out another generation of Cold War accusations against Russia?

In the summer of 1980 we got a major clue to the thinking behind the neoconservative’ s aggressive plotting to overturn the U.S. government’s rational policy regarding nuclear weapons (Mutual Assured Destruction) by replacing it with a faith-based policy that would justify fighting nuclear wars.

Join us next as we unravel the de-evolution of rational defense policy and its immersion into the mystical, as we explore the radical 1980 re-interpretation of the 4th century Just War Doctrine of the Catholic Church and its perennial advocates.

PART I: When America Became the Dark Force

PART II: How Guilt, Innocence & Facts Have Been Rendered Irrelevant

PART III: Neoconizing the Just War Doctrine in the service of American Empire

Paul Fitzgerald and Elizabeth Gould are the authors of Invisible History: Afghanistan’s Untold Story, Crossing Zero The AfPak War at the Turning Point of American Empire and The Voice. For more information visit their websites at invisiblehistory and grailwerk.