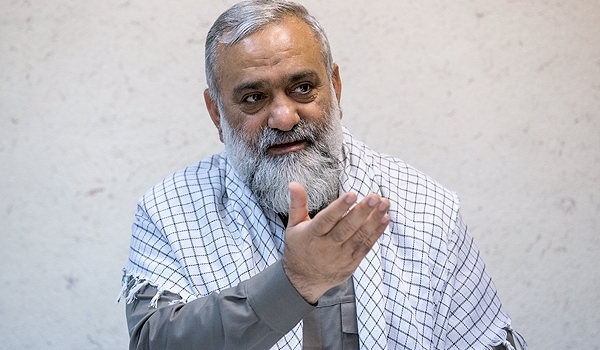 TEHRAN (FNA)- Commander of Iran’s Basij (Volunteer Force) Brigadier General Mohammad Reza Naqdi underlined that the US will collapse in less than 20 years, adding that President-elect Donald Trump will speed up the process.

“According to the analysis made by the behind-the-stage and shadow decision-makers of the establishment in the US, the United States will collapse in 2035 and I think that it is an optimistic analysis as this will take place much earlier,” Naqdi told FNA on Sunday.

He referred to the election of Trump as the new US president, and said, “The person that has ascended to power displays the reality of the US.”

Meantime, a political historian and professor who predicted that Donald Trump would win the US presidency said he has a new bet and predicted Trump will be impeached.

“I’m going to make another prediction,” Allan Lichtman told US media, while adding that the new prediction is a personal view and is not based on a system.

“This one is not based on a system; it’s just my gut. They don’t want Trump as president, because they can’t control him. He’s unpredictable. They’d love to have Pence, an absolutely down-the-line, conservative, controllable Republican. And I’m quite certain Trump will give someone grounds for impeachment, either by doing something that endangers national security or because it helps his pocketbook.”

Lichtman isn’t the first to predict that Trump could be impeached. University of Utah Law Professor Christopher Lewis Peterson wrote a 23-page article explaining the legal reasons Congress should impeach Trump. And documentary filmmaker Michael Moore told MSNBC reporters he predicts Trump will either be impeached or resign before his term is up.

To date, no US President has been removed from office by impeachment and conviction. Andrew Johnson and Bill Clinton were successfully impeached but acquitted by the Senate, and Richard Nixon resigned before he could be impeached.