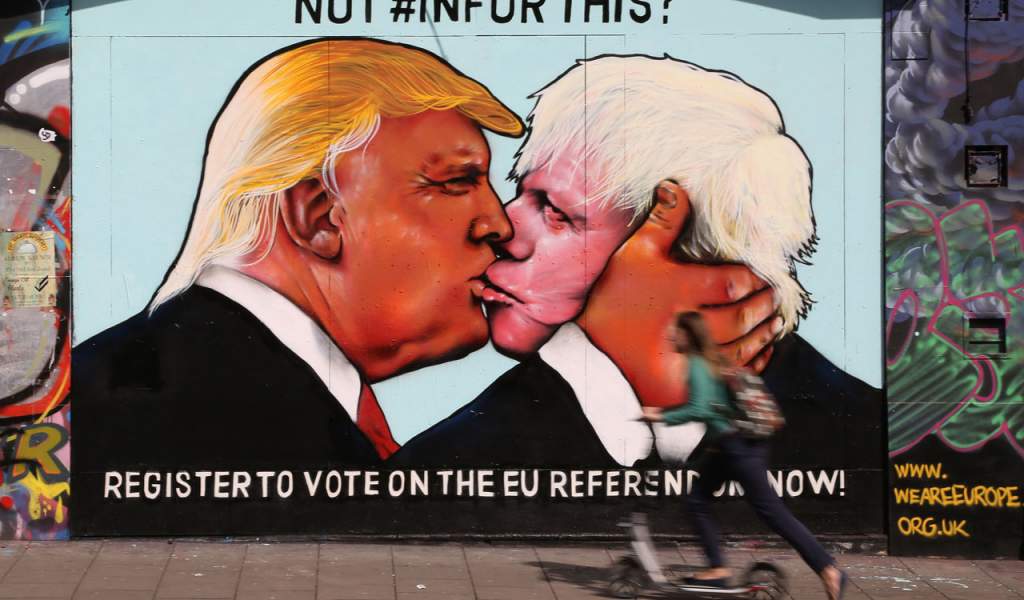 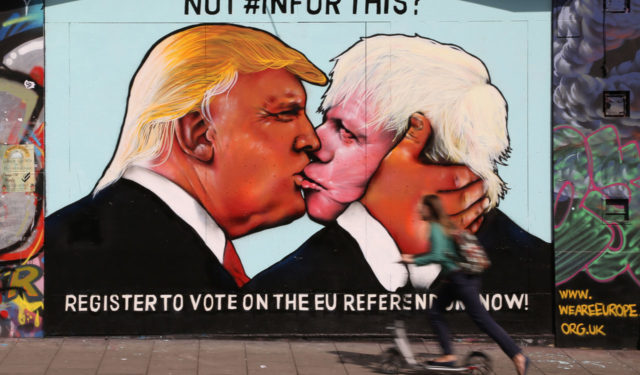 [ Editor’s Note: Do European elites fear Trump could prompt a movement to throw the ruling class out? In Finian Cunningham’s article below, an already fractured Europe seems to feel they do,  but will rest easier after seeing his Neo-Con gold plated team of Washington insiders. The grass roots folks got conned again.

But Trump might save them the trouble, because as Gordon reports today, he has thrown his administration’s doors wide open to the America’s elite insiders, from Rudy Giuliani of New York 911 fame, to John Bolton, who is possibly the biggest Russian hater on the planet.

We see not a whiff of the proverbial “Everyman” anywhere around Trump now. He is the ruling class’ dream come true. Many mentioned that he might have been doing his campaign purely as a personal reality TV show experience, where he spent little of this own money.

We heard today that his campaign staff spent a few million to rent office space in his buildings. Imagine that. And instead of putting his business into a blind trust as others have done, he has turned it over to his kids, who are working on his transition team. The Donald is quite the family man indeed.

Europe need not worry. Trump is hardwired into the ruling system, and will not threaten it… Jim W. Dean ]

Political establishments in Washington and Europe are in shock over Donald Trump’s US presidential win. And it’s far from over.
Europe is bracing itself as elections loom in several member states. Germany and France could be next big shocks. If their pro-EU governments should fall, then the European bloc as we know it is over.

The era of popular revolt is upon us. Disaffected and defiant, the mass of citizens are fed up with unresponsive, unrepresentative governments, on both sides of the Atlantic, that seem to only serve an unelected oligarchy.

First we had the Brexit vote to leave the European Union earlier this year. Now, we have the election of the “anti-politician” business tycoon Donald Trump who becomes the 45th president of the US with no prior experience of elected office.

Britain’s Daily Express called his election this week a “Trump Tsunami” – a monumental wave now heading across the Atlantic to the shores of Europe. “EU braces for ‘revolution’ amid Austria, Italy, France and German elections,” reports the Express.

Trump’s stunning victory – which overturned all mainstream media predictions – was greeted with jubilation by populist parties across Europe. Nigel Farage, who led the Brexit campaign for the United Kingdom Independence Party, said he was gratefully “passing on the mantle” to Trump.

There were similar ecstatic congratulations from France’s National Front leader Marine Le Pen, and from a raft of other populist leaders in the Netherlands, Germany, Denmark, Austria, Hungary and Slovakia.

Le Pen hailed Trump’s victory as proof that “anything is possible for the people”. While Hungary’s premier Viktor Orban called it a “great day for democracy”.

The glee among populist parties was in sharp contrast to the sombre response from the two incumbent governments that might be viewed as the pillars of the European Union – Germany and France.

France’s ambassador the United Nations Gerard Araud expressed it most succinctly when the tweeted on news of the result: “A world is collapsing before our eyes.” The diplomat quickly deleted the post, probably realizing he would later reap recriminations. But the sense of trepidation in his brief words was palpable.

Merkel said she would work with the new president provided he “adhered to the values of democracy and equality”.

Hollande said he respected the choice of the American people but that he would be “vigilant” in future relations with a Trump administration. The French president called for a “united Europe of values” to challenge Trump.

The conceited European view of the Trump election was echoed by foreign affairs commissioner Federica Mogherini, who said that the EU must now be a “superpower for peace”, standing up for democratic principles.

Critics would riposte that the EU hasn’t done much standing up for democratic values in its supine dealings with Turkish autocratic President Recep Tayyip Erdogan in his latest crackdown against his country’s independent media. Nor has the EU been a beacon of virtue in its support for US-led regime-change machinations across the Middle East and North Africa, as well as indulging the Saudi and other Gulf Arab dictatorships with copious arms exports.

What is really unnerving the German and French leaders is that the Trump victory lends momentum to similar populist opposition parties within their borders. Both countries are holding national elections over the next year. Already, in regional elections during the past year, the Alternative for Deutschland (AfD) and National Front have made major inroads against the governing parties.

In the wake of Trump’s breakthrough, it is now being reported that Marine Le Pen may even win the French presidency – a result that would have seemed impossible only a few years ago. With Socialist president Hollande’s public approval rating languishing at record lows, few people would exclude a shock upset.

Merkel’s fourth bid for the chancellery as head of the Christian Democratic Union might be a little more secure, but in the coming months the “Trump Effect” – as her advisers are warning of – might translate into another landmark defeat.

Merkel and Hollande’s pious reaction to Trump’s presidential win shows that these two leaders and their ruling circles still don’t get it. The implicit moralistic tone deprecating Trump’s supporters as “right-wing rabble” shows that the incumbent European rulers are missing the plot of what is happening.

True, elements of support for Trump and populist parties across Europe are tinged with reactionary racist and xenophobic views. But it is a grave mistake to simply dismiss them.

The rise in opposition to economic globalization that has enriched the few while impoverishing the masses is correlated with opposition to rampant immigration of cheap labor. Economic globalization as ordained by the oligarchy is also correlated with illegal wars overseas for elite-driven regime change, which, in turn, has fed into an influx of refugees from war-torn countries.

To be anti-immigrant is not necessarily an expression of racism or xenophobia. It is more fundamentally a legitimate opposition to political and economic disenfranchisement that has been imposed on societies by a self-serving, self-enriching elite who control political parties like puppets. 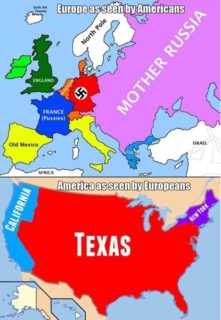 The European Union has for years been subservient to Washington’s “Atlanticism”, whereby supposedly sovereign European states have become nothing more than vassals to US hegemony.

The popular revolts sweeping the US and Europe are thus far amorphous and characterized in the establishment media as “right-wing”. But what is underway is perhaps best understood as a pent-up revenge by the masses against pampered and decadent elites who for too long have denied people a fair livelihood.

The elites are only too willing to wage wars in foreign countries allegedly for “democracy and human rights” while depriving their own people a modicum of living.

Donald Trump has tapped into that groundswell of popular discontent. He may not deliver on his promises of economic renewal for the masses, but what he gets right is that ideologically driven hostility against Russia and “liberal crusades” for democracy in the Middle East have become repugnant to a Western public oppressed by an effete oligarchy.

Trump promises a radical new beginning in Washington. One which no longer pushes Atlanticist projects of economic globalization, wars and NATO expansionism.

In this new global outlook, Atlanticist politicians in Europe like Germany’s Merkel and France’s Hollande are suddenly left without geopolitical moorings. The tide of history is changing and they are being left high and dry.

With Brexit and Trump there seems to be a long overdue renewal of democracy – albeit reactionary in some forms to date.

The old order with its pretensions of “liberal values” is being assailed. And Merkel, Hollande and their Atlanticist ilk sound uncannily like the ill-fated Marie-Antoinette and Louis XVI.