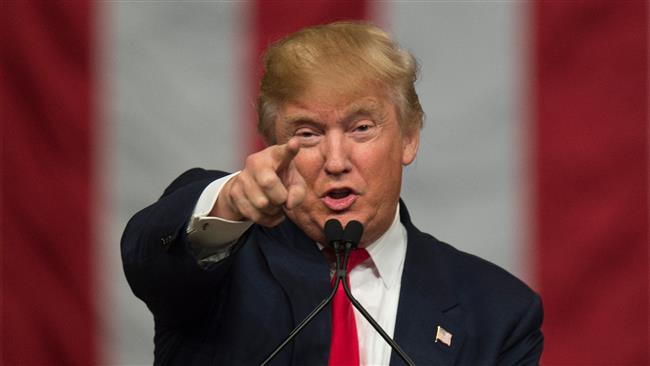 In his first interview since his election earlier this week, Trump told The Wall Street Journal that he has had “an opposite view of many people regarding Syria.”

Trump suggested a sharper focus on fighting the terrorist group rather than trying to oust President Assad.

The president-elect criticized the Obama administration’s policy of attempting to find “moderate Syrian opposition groups” to boost fighting against Assad, saying he will seek a possible rapprochement with Russia and find a solution for the Syrian conflict.

“My attitude was you’re fighting Syria, Syria is fighting ISIS [Daesh], and you have to get rid of ISIS…Now we’re backing rebels against Syria, and we have no idea who these people are,” he told the Journal on Friday.

During his final presidential debate with Democratic nominee Hillary Clinton, Trump emphasized that his priority in Syria would be to eliminate Daesh and not to oust Assad.

While the Obama administration claims its forces are fighting terrorist groups in Syria, it openly funds and equips militant groups, who are waging war against the Syrian government.

The US-led coalition has also been targeting alleged Daesh positions inside Syria since September 2014, without any authorization from Damascus or the UN. However, they have done little to stop the terrorists’ advances in parts of Syria.

Separately, the CIA has been running a similar program aimed at pressuring Assad to step down. It began its covert operation in 2013 to arm, fund and train terrorists to overthrow the Syrian government.

Since 2013, the CIA has trained approximately 10,000 terrorists, many of whom later joined Daesh. Back in July, CIA chief John Brennan said Assad’s ouster is essential to overcoming the ongoing crisis in Syria.

The Arab country has been gripped by foreign-backed militancy since March 2011. According to the United Nations Special Envoy for Syria, Staffan de Mistura, the conflict has claimed the lives of more than 400,000 people. This is while the UN has stopped its official casualty count in the Middle Eastern state, saying it is unable to verify the figures it receives from various sources.