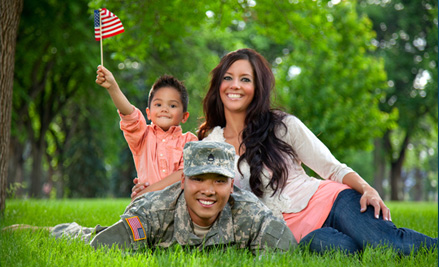 Last week, who’s who in Hollywood held a dinner to benefit members of the Israeli Defense Forces; and this one dinner raised $38 million in one night. It was attended by the likes of Robert De Niro and Arnold Schwarzenegger, who were among many of the stars.

Well, we American Veterans may not have the support of Hollywood, but we do have and can count on the support of our people and a grateful nation, who, when needed, will rise to the occasion and exceed what Hollywood did to benefit the Israeli IDF.

The Veterans Housing & Education Foundation, Inc, is a not for profit, tax-exempt organization with the mission to honor all those who served by providing Veterans with a comprehensive set of opportunities not envisioned before.

Our plans are to raise over the next 5 years a trust fund of $500 million from defense contractors, financial institutions, private and public foundations, and also from the federal, state and local governments, to allow us to carry on with putting Veterans in the driver seat.

Veterans were in the driver seat defending our country, and now they should be in the driver seat rebuilding this country. In addition, we will solicit small donations of $27/year from individuals and supporters. We will not use telemarketing; and all the funds raised will go directly to the treasury. I am confident we will outdo Hollywood.

I have no doubt that President-Elect Trump will keep his promise to rebuild the broken down infrastructure and bring back the kind of industrial and manufacturing jobs that left this country and put millions of people out of jobs. This is his promise, and we will make sure he keeps it. And American Veterans are the best qualified to meet the challenge that President-Elect Trump set for this nation. 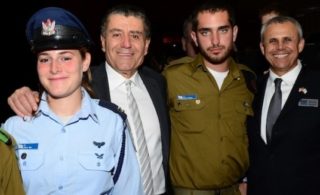 The following are our mission and objectives of the Veterans Housing & Education Foundation.

Veterans Housing & Education Foundation, through partnership with a network of accredited American colleges and universities, will seek to secure scholarships or tuition reduction for Veterans, with at least one scholarship from each college and university around the country (excluded from our program for-profit colleges).

Working on its own and in partnership with both public and private sectors, including defense contractors and construction companies, we will establish “Veteran Owned” small manufacturing and industrial enterprises — such furniture, metal, high precision instrumentation, agribusiness, transportation, food distribution, industrial maintenance, environmental engineering, and textile and other manufacturing — reviving the industrial base that was shipped overseas.

With the valuable experience gained by Veterans in all Military services, (Army, Air Force, Marine, Navy and Coast Guard), Veterans have gained valuable experience in running, operating and maintaining the most complex of machinery and technologies, from aircraft carriers, to aircraft, to submarine, to ships, to tanks to operating and maintaining motor pools, heavy industrial equipment and machinery among others, qualifying them to train and teach in the most sophisticated technical schools.

This can be done through time lease or sharing with existing vocational schools. We will seek to take over some of the “privately” owned technical schools that went out of business, leaving tens of thousands holding the bag.

Our plans call to partner with German and Swiss industrial vocational and apprentice technical schools to benefit from a successful industrial model that allowed countries like Germany and Switzerland to keep and maintain highly complex manufacturing industries in the country.

Long neglected by both Republicans and Democratic leadership, industrial towns that made and contributed to America’s great industrial power, many in the “rustbelt”, fell on hard times. These were cities in Michigan, Indiana, Wisconsin, Pennsylvania, Missouri among others; there are no federal plans to give new life to such cities.

Well, the Veterans Housing & Education Foundation wants to change all that by introducing and developing “ Veterans Villages” in major industrial towns, such as Gary and Detroit, to start with.

The plan is to work with developers and put in place a complete small town, with housing, schools, clinics, shopping and pollution-free manufacturing — to be owned and managed by Veterans, with Veterans serving as police officers, firemen, school teachers, shop owners, and of course owners and operators of small manufacturing. We then can duplicate this model in other towns and cities.

We need your help to spread the word and write your local officials and members of Congress and President-Elect and be part of this mission to empower Veterans to take the lead in rebuilding this nation.

I can’t wait to hear from you, so please feel free to contact me at [email protected]