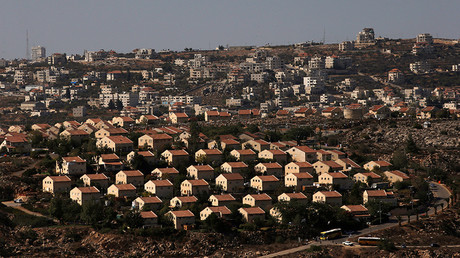 An Israeli ministerial committee has approved a draft bill to allow settlers in the occupied West Bank to remain in homes built on private Palestinian land. The country’s attorney-general said the bill is legally flawed.

The bill was okayed unanimously on Sunday, and states that the Israeli government could confiscate land in exchange for compensation.

The vote is believed to be aimed at avoiding the evacuation of the Amona settlement in the West Bank by December 25 ordered by the country’s Supreme Court.

About 40 families live in Amona on the territory, which is privately owned by the Palestinians.

All Israeli settlements in the occupied territories are regarded as unlawful by the international community and a key obstacle to peace efforts in the region.

“It is a shame: the government is backing a law that will allow the confiscation of privately owned Palestinian land in order to build settlements,” said Hagit Ofran, one of the watchdog’s leaders, as cited by AFP.

Before becoming law, the bill will have to pass through three readings in parliament, and also be approved by the Supreme Court.

Not only activists see the bill as dubious: Attorney-General Avichai Mandelblit has told the ministers that he would be unable to defend the bill before the Supreme Court.

“The attorney-general told the committee that the bill does not sit with the basic principles of the rule of law as it contradicts the position that the state must respect the judiciary’s decisions in individual cases,” Mandelblit said as cited by Reuters.

The latest developments follow renewed efforts by the international community to resume the stalled peace talks between Israel and Palestine.

Last week, Russia urged the sides to continue negotiations, with Russian Prime Minister Dmitry Medvedev saying during his visit to the Palestinian city of Jericho in the West Bank that the initiative to hold talks without preconditions is “still on the table.”

The Palestinian president said, however, that negotiations could only resume if Israel accepts that the solution can be based on the pre-1967 border lines. Israel insists on renewing peace talks without preconditions.