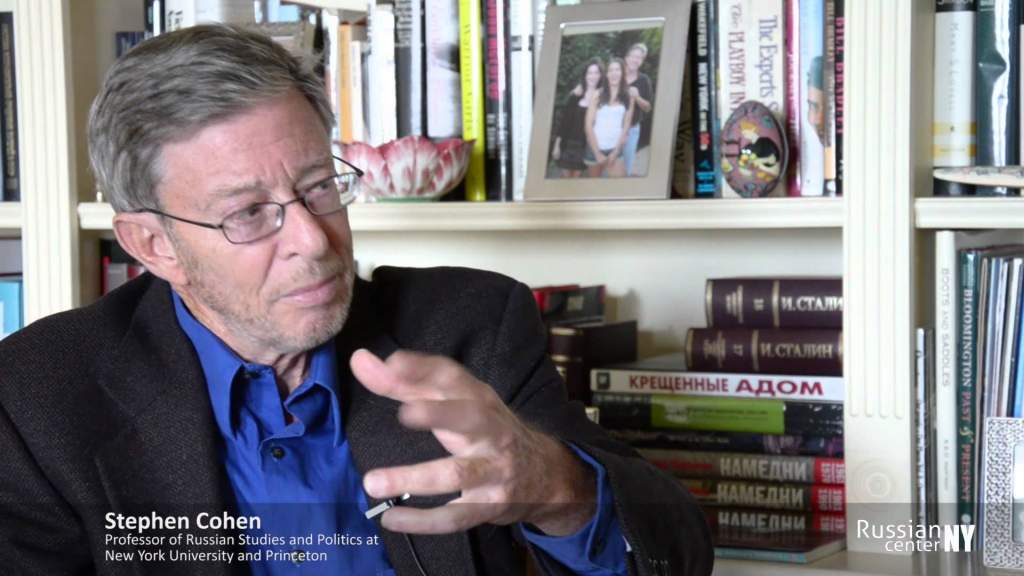 Stephen Cohen is an emeritus professor of Russian studies at Princeton University and New York University. He is the author of many scholarly studies, including his recent book Soviet Fates and Lost Alternatives: From Stalinism to the New Cold War.

Cohen is certainly not part of what one ought to call “group-think” in the media and in many academic circles. He is cogent. He is meticulous, and he articulates his point within the limit of reason and in a way that any rational and sensible person can understand.

Cohen has recently been interviewed by Tavis Smiley on a number of issues, and he again delivered his point clearly and methodically. After deconstructing the fraudulent claim that Russia hacked the Democratic National Committee, Cohen moved on to articulate the point that many in the media are deliberately perpetuating colossal deceptions about Russia. He suggested that many academics like him are just scared to tell the truth about what is actually happening because telling the truth may put their academic career in jeopardy.

“There is a circumstance in this country,” Cohen said, “where we have had no debate about whether American policy has contributed” to the ideological conflict between the United States and Russia. Why is that? Well, the Powers That Be and the media do not allow people to have a clear thought in their heads. They want to keep the masses under their control.

Cohen again declared: “This guy [Putin] gives more interviews, more speeches, it’s all available in English” and “no one paid any attention to what Putin said.” Absolutely correct. And if New World Order agents slightly pay some attention, they always end up twisting Putin’s words in order to poison the minds of naïve observers. 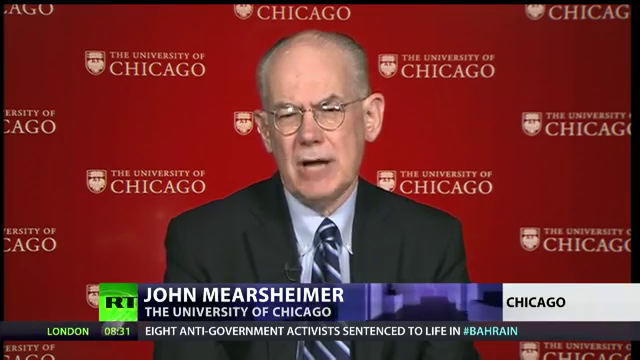 John J. Mearsheimer of the University of Chicago said almost the same thing back in 2014. Mearsheimer even argued that “the Ukraine crisis” is actually “the West’s fault.”[1] The “tap-root of the trouble” in the region, argued Mearsheimer,

“is NATO enlargement, the central element of a larger strategy to move the Ukraine out of Russia’s orbit and integrate it into the West. At the same time, the EU’s expansion eastward and the West’s backing of the ‘pro-democracy’ movement in the Ukraine… beginning with the Orange Revolution in 2004… were critical elements, too.

“Since the mid-1990s, Russian leaders have adamantly opposed NATO enlargement, and in recent years, they’ve made it clear that they wouldn’t stand by whilst their strategically important neighbor turned into a Western bastion.

“For Putin, the illegal overthrow of the Ukraine’s democratically elected and pro-Russian president… which he rightly labelled a ‘coup’… was the final straw. He responded by taking the Crimea, a peninsula that he feared would host a NATO naval base, and by working to destabilise the Ukraine until it abandoned its efforts to join the West…After all, the West moved into Russia’s backyard and threatened its core strategic interests, a point Putin made emphatically and repeatedly.”[2]

The Zionist media will never talk about how flaming Neocon Victoria Nuland spent billions of dollars destabilizing the situation in Ukraine. They will never even acknowledge that the Neocon machine has to carry some burden for the disaster in the region. It’s all Putin’s fault, they say.

Well, after more than four years of perpetuating colossal hoaxes and deliberate lies about Russia and Vladimir Putin, New World Order agents and their lackeys are still having a hard time convincing much of the world that Putin is the “new Hitler.” That just tells you that people everywhere are waking up.