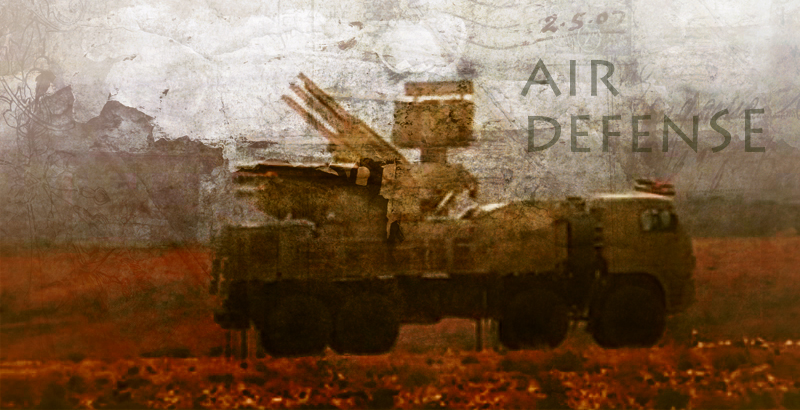 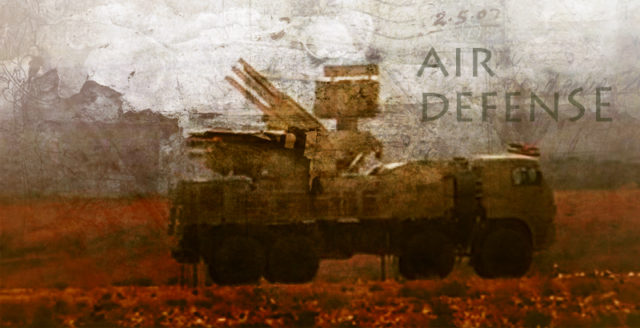 [ Editor’s Note:  This Pantsir-S deployment could be a prelude to several things, as I have long wondered why the Russian had not used the Kuweries Airbase earlier, especially for its helicopters, with the Aleppo battle so crucial. But we have recently learned that not losing their choppers was a prime Russian concern.

They have been absorbing lessons learned from the chopper losses they had sustained and quickly retraining not only pilots, but the whole integrated process of where and when it was suitable to use them where the losses would not exceed the potential gain.

Sure, any final move to clear East Aleppo could use the maximum close air support possible. But the Turkish grabbing of Northern Syria under the well worn excuse of an anti-terrorist operation, something that could easily justify the invasion and subjugation of Israel, is something that the Syrian coalition might have decided was time to confront.

This move alone would not be enough. The Russian bombers being pre-staged at the Hamadan Iran base which they have already used, along with their Med fleet in position, would give the Syrian coalition the combined operations experience they are going to need to demonstrate that they can do it.

Russia is not going to want to be fighting in Syria for the next ten years. China’s support so far seems to have been in word only.  But with sizable Turkish armored forces in Northern Syria, when the Kurds were really no threat to Erdogan there with their hands full dealing with the Islamic State,  Aleppo’s being retaken at the cost of losing the rest of  Northern Syria will be a questionable victory.

With Russia and Iran being “friends” with Turkey the political dynamics there can also undermine their own military efforts in terms of what is really going to be the end game for them security-wise with a defacto Balkanization of Syria. Sure, Aleppo is the key to Northern Syria but with the Southeast, East, North and NE in control of terrorists and their backers Aleppo will remain under a substantial military threat … Jim W. Dean ]

The Syrian military has deployed a number of Pantsir-S short to medium range air defense systems to the Kuweires Military Airbase near the Syrian city of Aleppo, according to reports.

The aim of this move is to defend the government forces in Aleppo from the Turkish Air Force that has been supporting the pro-Ankara militant groups’ advance on the ISIS-controlled town of al-Bab in the province of Aleppo.

The recently appeared photo from the Kuweires Military Airbase confirms that at least one Pantsir-S system has been deployed in the area.

Recently, up to 1,000 Syrian army soldiers arrived the Kuweires Military Airbase to reinforce the government forces involved in military operations in Aleppo city. Pro-government sources argue that Syrian soldiers have been continuing to arrive to the area.

You can find an infographics about the Panstir-S air defense system HERE.