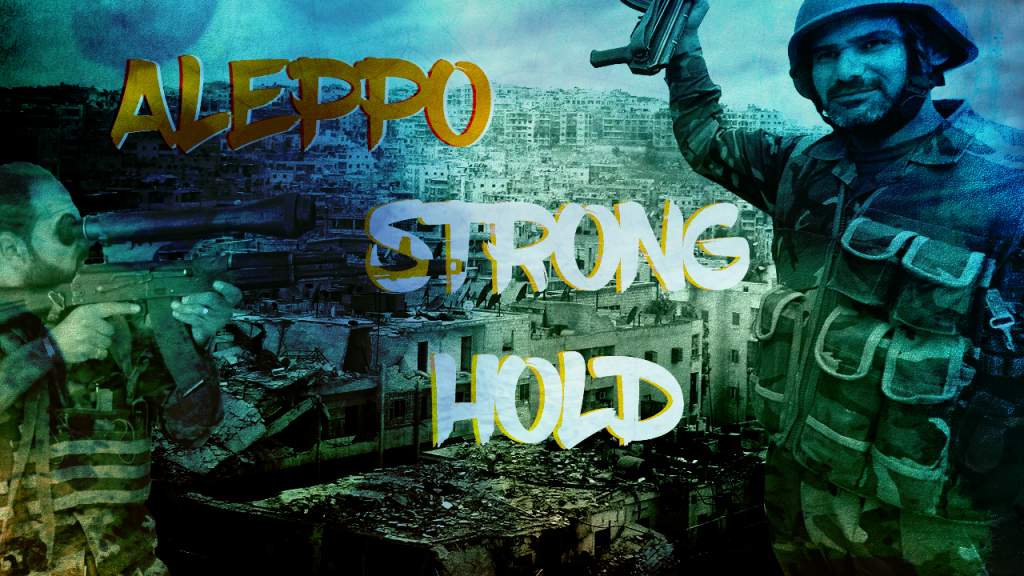 Aleppo is not the capital of Syria, but its population in 2012 was 2.1 million, more than in Damascus. It is a major industrial center, with a pre-war concentration of electrical, chemical, textile and pharmaceutical industries. Aleppo was responsible for 60% of export revenues to the national budget. The city is also home to are military schools such as the Al-Assad Academy, as well as weapons depots.

It should be noted that the opposition initiallywas not powerful in the western neighborhoods of the city. On the other hand, the eastern neighborhoods were populated mostly by recent immigrants from the countryside, the poor and the conservative-minded Muslims. At the same time, Western districts are hereditary residence of the residents, as well as the Christian minority.

The battle for Aleppo is regarded as crucial by all parties to the conflict. The opposition plans in case of victory in Aleppo to create a base for conducting further hostilities along the north-western border with Turkey. In turn, the SAA’s task is to prevent these developments, as well as the Turkish intervention “to stabilize own borders” that would follow.

So why has the battle continued for so long? There are several explanations.

The first is the city’s dense urban and industrial environment. Wars of the 20th century have shown that the most difficult type of warfare is urban. Every house or building can be transformed into a fortress with firing ports for heavy weapons.

Cellars are already equipped with shelter from the bombs and shells. They can also be used as a place for rest and recreation. In addition, the cellar is an ideal storage of weapons, ammunition, food and fuel. Even destroyed houses serve as cover for movement of troops and equipment.

Minarets, bell towers, smokestacks are ideal for snipers and spotters for artillery and aviation. Underground communications are actively used by all parties to hide their forces and for their sudden appearance behind the front lines. Dense urban and industrial development creates difficulties in the destruction of buildings and structures in that it requires large stocks of ammunition and a large number of artillery pieces, or car bombs in order to launch surprise attacks. Armored vehicles are relegated to the role of fire support for the advancing infantry and cannot exploit their superior mobility or even protection.

Urban warfare creates command and control problems due to the proximity of friendly and hostile forces, and the impossibility of maintaining clear front line. The danger of friendly fire is high. Urban warfare consists of sudden, fleeting clashes, placing soldiers constant psychological stress. Urban environments also impede concentrations of troops, made intelligence and command activities gathering more difficult, and hinders radio communications.Without a doubt, in the city is much more preferable to keep the defense than to attack.

2. Motivation of the parties. Aleppo has been turned into a fortress, with besiegers (SAA) and the besieged (the armed opposition). The SAA has been bled by the four years of war and needs resupply and replenishment. Many of its allies, such as the Kurdish militias, IRGC, or Iraqi volunteers, come from the outside of the city which limits their effectiveness. There is constant media pressure against the SAA which is described as a collection of war criminals. Many of young males who would have been subject to mobilization have fled the city and became refugees. The militants also suffered heavy losses, and have been cut off from the rest of the world, but they enjoy international propaganda support. And they have no incentive to surrender, due to the atrocities they have committed. Therefore one can expect bitter fighting during the forthcoming assault.

3. Numeral balance. Neither side as a clear advantage in terms of the quantity of troops and equipment, when it is generally recognized the attacker needs a 3-fold superiority in order to guarantee success. Moreover, the advancing forces also have to hold liberated territory, prevent enemy break-outs, and clear the city of mines and booby-traps, all the while avoiding heavy casualties that would undermine SAA’s manpower even more.

4. The recent gains of the Syrian army and its allies in the area inspired supporters of the Syrian government that wait the further advances of the pro-government forces in eastern Aleppo and the city’s southwestern countryside. In turn, the militants are regrouping for further attempts to break the blockade of militant-controlled areas of the city.

One should not expect a peaceful resolution to the battle since the opposition has no desire to give in. Likewise there is no progress on the diplomatic front, and UN Security Council peace initiatives are deadlocked.