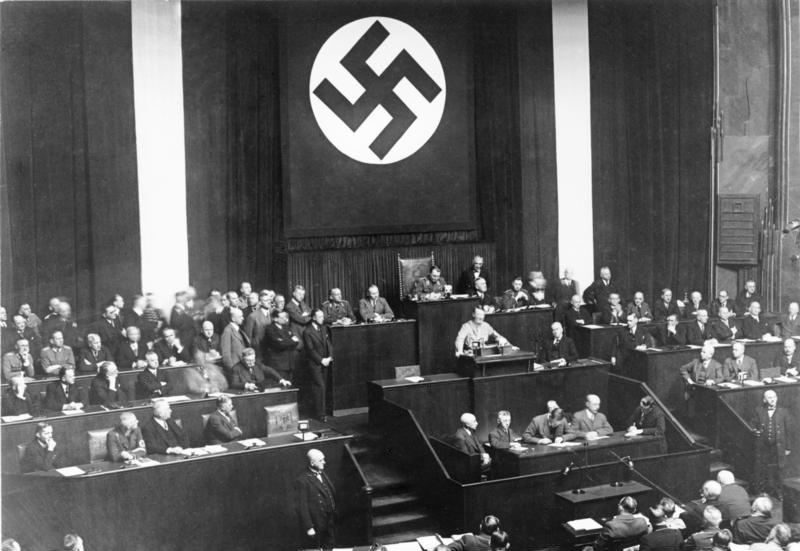 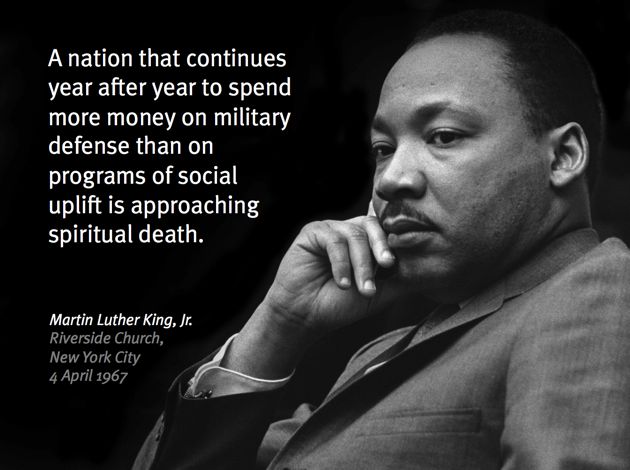 Make no mistake about my words, America is fast approaching a spiritual death with the election of Donald Trump and no one describes the causes and proportions of this eminent spiritual blackout better than teacher and philosopher, Cornel West. President Obama has, in essence, put an African-American face on American neoliberal Imperialism and Cornel describes our spiritual death throes with a knowing candor and honesty: Allen L Roland, PhD

“We may fight against what is wrong, but if we allow ourselves to hate, that is to insure our spiritual defeat and our likeness to what  we hate.”  George William Russell

Four years ago, I wrote that the average age of the world’s greatest civilizations has been two hundred years and that these nations have progressed through a nine stage sequence: From bondage to spiritual faith; from spiritual faith to great courage; from courage to liberty; from liberty to abundance; from abundance to selfishness; from selfishness to complacency; from complacence to apathy; from apathy to dependence; from dependency back again into bondage.   See VT Article ~

As Ramsey Clark, former U.S. Attorney General, once correctly said ~ ”We’re not a democracy. It’s a terrible misunderstanding and a slander to the idea of democracy to call us that. In reality, we’re a plutocracy: a government by the wealthy.”

In our present Plutocracy, we made the transition last year from complacency to national apathy ~ but with the passage and implementation of Obamacare, along with an increasingly militarized surveillance state, we have now entered stage eight, Dependence on the state ~ which will soon be followed with militarized Bondage by the state and eventually spiritual death.

Donald Trump’s campaign vow to register Muslims is a frightening echo of the shameful treatment of Japanese-American citizens during World War II.

The British Economist magazine wrote in a worried editorial that with the fall of the Berlin Wall, “history was said to have ended,” bringing with it the final triumph of “liberal democracy.” With Trump’s victory, however, “that illusion was shattered. History is back ~ with a vengeance.” The election is a “hammer blow both to the norms that underpin politics in the United States and also to America’s role as the world’s pre-eminent power.”

We are now ironically the Germans in the 1930’s as they slowly viewed their freedoms being taken away with each new fear based edict and political appointment or announcement from their newly appointed Chancellor, Adolf Hitler.  They could feel the ground slowly shift beneath them and they became spiritually numb. They silently watched in disbelief and shock as these events rapidly unfolded ~ as we are now ~ and as they always do before spiritual death.

Following the Reichstag fire, the Nazis began to suspend civil liberties and eliminate political opposition. The Communists were excluded from the Reichstag. At the March 1933 elections, again no single party secured a majority. Hitler required the vote of the Centre Party and Conservatives in the Reichstag to obtain the powers he desired. He called on Reichstag members to vote for the Enabling Act on 24 March 1933. Hitler was granted plenary powers “temporarily” by the passage of the Act . The law gave him the freedom to act without parliamentary consent and even without constitutional limitations.

Employing his characteristic mix of negotiation and intimidation, Hitler offered the possibility of friendly co-operation, promising not to threaten the Reichstag, the President, the States or the Churches if granted the emergency powers. With Nazi paramilitary encircling the building, he said: “It is for you, gentlemen of the Reichstag to decide between war and peace“. The Centre Party, having obtained promises of non-interference in religion, joined with conservatives in voting for the Act (only the Social Democrats voted against).

The Act allowed Hitler and his Cabinet to rule by emergency decree for four years, though Hindenburg remained President. Hitler immediately set about abolishing the powers of the states and the existence of non-Nazi political parties and organizations. Non-Nazi parties were formally outlawed on 14 July, and the Reichstag abdicated its democratic responsibilities. 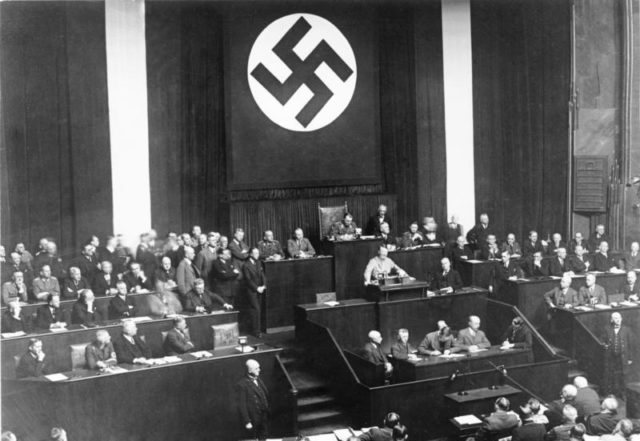 Adolf Hitler addressing the Reichstag on 23 March 1933. Seeking assent to the Enabling Act, Hitler offered the possibility of friendly co-operation, promising not to threaten the Reichstag, the President, the States or the Churches if granted the emergency powers

All we need for a similar unfolding of events at present is another false flag event, similar to 9/11, and away we go. But there are many other voices sounding the alarm, besides myself, and one of them is Cornel West. 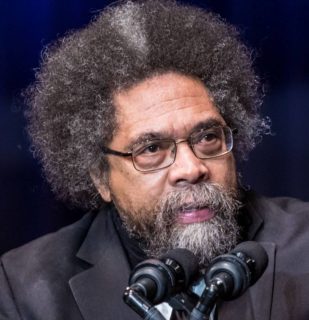 The bulk of West’s work focuses on the role of race, gender, and class in American society and the means by which people act and react to their “radical conditionedness.” West draws intellectual contributions from multiple traditions, including Christianity, the black church, Marxism, neopragmatism, and transcendentalism. Among his most influential books are Race Matters (1994) and Democracy Matters (2004).

On  November third ,2016, West wrote an opinion piece for the Boston Globe entitled Spiritual Blackout in America: Election 2016 ~ in which he brilliantly builds on the themes of Plato, King and others as he describes our impending spiritual blackout and demise;

“The most frightening feature of the civic melancholia in present-day America is the relative collapse of integrity, honesty, and decency ~ an undeniable spiritual blackout of grand proportions.

The sad spectacle of the presidential election is no surprise. Rather, the ecofascist catastrophe called Donald Trump and the neoliberal disaster named Hillary Clinton are predictable symbols of our spiritual blackout.

Trump dislodged an inert conservative establishment by unleashing an ugly contempt for liberal elites and vulnerable citizens of color ~ and the mainstream media followed every performance (even his tweets!) for financial gain.

Clinton laid bare a dishonest liberal establishment that was unfair to Bernie Sanders and obsessed with winning at any cost ~ and the mainstream media selectively weighed in for pecuniary ends.

In short, the rule of Big Money and its attendant culture of cupidity and mendacity have led to our grand moment of spiritual blackout.

The founder of Western philosophy, Plato, foresaw this scenario. In “The Republic” ~ history’s most profound critique of democratic regimes ~ Plato argues that democracies produce citizens of unruly passion and pervasive ignorance, manipulated by greedy elites and mendacious politicians. The result is tyranny ~ the rule of a strong man driven by appetites, corruption, and secrecy.

There is no doubt that Trump meets this description more so than Clinton. Yet neoliberals like Clinton bear some responsibility for the anger and anguish of Trump’s followers ~ especially those white male working and middle-class citizens who have been devastated by neoliberal economic policies of deregulation, NAFTA, and Wall Street protection.

The vicious xenophobia toward women, Mexicans, the disabled, gays, Muslims, Jews, and blacks are the sole fault of the Trump campaign. Yet the rule of Big Money in capitalist USA downplays the catastrophic effects of global warming, of poverty, and of drones killing innocent people ~ all the common ground of Trump and Clinton.

For over a century, the best response to Plato’s critique of democracy has been John Dewey’s claim that precious and fragile democratic experiments must put a premium on democratic statecraft (public accountability, protection of rights and liberties, as well as personal responsibility, embedded in a fair rule of law) and especially on democratic soul craft (integrity, empathy, and a mature sense of history).

For Plato, democratic regimes collapse owing to the slavish souls of citizens driven by hedonism and narcissism, mendacity and venality. Dewey replies that this kind of spiritual blackout can be overcome by robust democratic education and courageous exemplars grounded in the spread of critical intelligence, moral compassion, and historical humility. The 2016 election presents a dangerous question as to whether Dewey’s challenge to Plato’s critique can be met.

Yet Clinton is not a strong agent for Dewey’s response. There is no doubt that if she becomes the first woman president of the United States ~ though I prefer Jill Stein, of the Green Party ~ Clinton will be smart, even brilliant, in office.

But like her predecessor, Barack Obama, she promotes the same neoliberal policies that increase inequality and racial polarization that will produce the next Trump.

More important, she embraces Trump-like figures abroad, be they in Saudi Arabia, Honduras, Israel, or Syria ~ figures of ugly xenophobia and militaristic policies. The same self-righteous neoliberal soul craft of smartness, dollars, and bombs lands us even deeper in our spiritual blackout.

These dreams now lie dormant at this bleak moment, but spiritual and democratic awakenings are afoot among the ripe ones, and especially those in the younger generation.”

Speaking for the younger generation, although a senior member of an older generation ~ when we collectively surrender to the universal love that is deepest within ourselves and take full responsibility for this love in our actions with one another and the planet ~ we will finally realize that we have never been alone in the Universe and that we are all one.

And as we do this, one by one, we will experience, planet wide, a Unified Field of love and soul consciousness which exists not only beyond time and space but also beneath our deepest fears and whose principle property is the universal urge or propensity to unite ~ and we all have a part to play in this spiritual transformation and evolution.

“If there were no real propensity to unite, even at a prodigiously rudimentary level, indeed, in the molecule itself, it would be physically impossible for love to appear higher up in the ‘hominized’ or human form”: Teilhard de Chardin, The phenomenon of Man.

Author Details
Allen L Roland, PhD
{p}Allen L Roland, PhD is a Freelance Alternative Press Online columnist. He is also a heart centered spiritual consultant, author and lecturer who also shares a weekly political and social commentary on his web site at AllenRoland.com. He also guest hosts Truthtalk, a national radio show that airs monthly. He is available for comments, interviews, speaking engagements as well as private consultations via email at [email protected].{/p} {p}Roland is a twin who was born in Boston, Massachusetts, survived a dysfunctional family, pursued and lived his dreams, including becoming a Navy supersonic carrier pilot, finding himself by fully opening his heart, writing three books, siring four children ~ and is still living his ultimate dream by making a difference from a place of love, celebration and service. {/p} His Ph.D dissertation THE UNIFIED FIELD was chosen by Common Boundary and Noetic Science Institute, in their 1998 national dissertation contest, as one of the top three finalists for combining spirituality and psychology. His ongoing heart centered work as a consultant with veterans with PTSD, is the most satisfying work of his life. Allen’s online newsletter, columns and radio broadcasts are committed to the truth ~ as he sees it ~ for only the truth is revolutionary.
http://www.allenroland.com
[email protected]
ATTENTION READERS
Due to the nature of independent content, VT cannot guarantee content validity.
We ask you to Read Our Content Policy so a clear comprehension of VT's independent non-censored media is understood and given its proper place in the world of news, opinion and media.