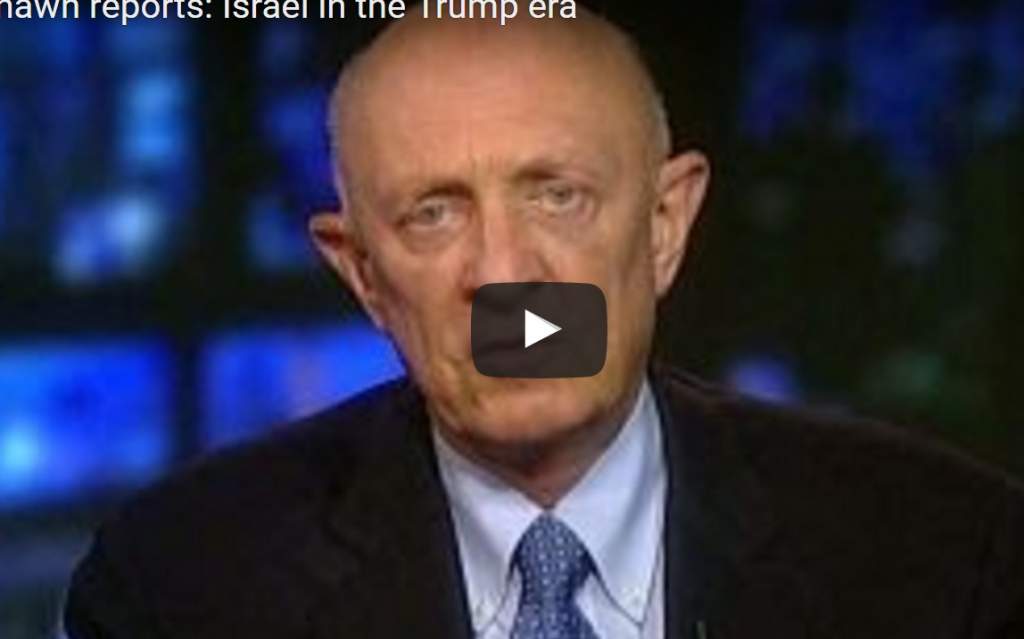 Editor’s note:  Trumps KKK/Nazi following, rubbing their hands for the waited call to round up the Jews for Alex Jones’ FEMA camps, have to be crying in their Lite Beer.

Israeli National News/David Rosenberg: Former CIA chief and Undersecretary of the Navy James Woolsey on Sunday blasted the Obama administration’s handling of the US-Israel relationship and its conciliatory stance vis-à-vis the Iranian regime.

A registered Democrat, Woolsey was critical of what he described as the Bush administration’s intelligence “failure” prior to the Iraq war.

Woolsey broke with the Obama administration over budget cuts to the military, the controversial 2015 Iran nuclear deal, and the icy relations between the White House and Israel.

Speaking to Fox News on Sunday, Woolsey said the incoming Trump administration was likely to alter or reject the Iran nuclear deal, signed by the Obama White House but never ratified by the US Senate.

When asked what would be the most consequential policy change President Trump would likely make, Woolsey replied: “I think definitely the agreement with Iran on nuclear weapons and nuclear technology.”

“It’s a terrible agreement,” Trump’s adviser continued, “it’s the worst I’ve ever come across in nearly 40 years of negotiating agreements with the Soviets and so forth. I think that anybody who brought that agreement back as something that was effective and verifiable would be laughed out of Washington. And the people who brought this one back should have been.”

Woolsey went on to call hopes that the nuclear agreement would constrain Iran’s nuclear ambitions as “fanciful”.

“They can call anything, on the spur of the moment, to be a military facility and therefore can’t be inspected. If I’m an inspector and I start out to go inspect something, before I get there they turn it into a military facility. They never disseminated all of the paperwork that had to be – in copies of the agreement – that had to be disseminated. So the steps that obligatory to us – paying the funds that have been withheld from banks and so forth – should never have been paid and should be stopped now. It is really a very, very bad and dangerous agreement because it lulls us into a false sense of security and it is not going to be an effective restraint on the Iranians.”

The former CIA Director added that any arrangement with the Iranian regime would have to take into account that government’s history of evading treaty obligations.

“The Iranians never don’t cheat. Negotiations for them are not about a deal where there’s a quid pro quo and each side goes away more or less satisfied. That’s totally alien [to them]. From their point of view, it’s about dominance. It’s about showing dominance. And this agreement they are very pleased with because they believe it shows their dominance.”

During the interview, Woolsey praised Vice President-elect’s 2014 comments on Israel, calling the US-Israel relationship the “most cherished” one with a foreign power.

“I think that that’s a good statement. I would put Britain and Israel together in that.”

He added that the Trump White House would strengthen the US-Israel relationship, repairing damage done during the Obama administration.

“I think that we’re headed back towards the old days that some of us lived through and worked on matters in the Middle East where the US and Israel worked very closely together and had each other’s back. I think that’s coming back again. It’s excellent and we will hopefully get away from the Obama administration propensity to treat your friends – like Israel – as enemies and your enemies – like Iran – as friends.”