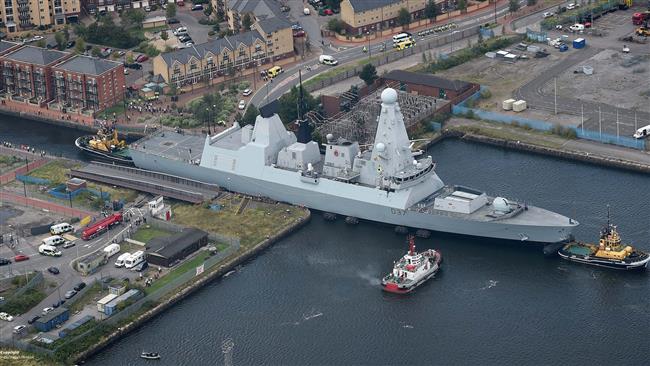 The Royal Navy has a “woefully low” number of warships, a group of British lawmakers say, warning that the force would soon lose its ability to deal with future threats.

The UK Parliament’s defense select committee released a scathing report on Monday, calling on the ministry of defense (MoD) to take actions about the “completely unacceptable” shortage of vessels leave the UK vulnerable to threats coming from Russia and the Middle East.

“As an island nation, the importance of the Royal Navy to UK defense must not be underestimated,” the committee noted. “Our starting point in this report is our conviction that the current number of frigates, destroyers and personnel inadequately reflects the potential threats and vulnerabilities facing the UK and its interests overseas.”

“What remains of our surface fleet now faces a prolonged period of uncertainty, as the frigate class is replaced in its entirety and all our destroyers undergo urgent, major remedial work on their unreliable engines,” the MPs added.

Julian Lewis, the committee’s chair, said the Royal Navy was struggling to deal with the current threats.

The MPs had “serious concerns” about the MoD’s plans and timetables to replace the retiring fleet, the report noted.

They also blasted the defense ministry for its “extraordinary mistakes” in the design of the Royal Navy’s Type 45 destroyers, which were meant to be the country’s most advanced warships.

The force’s fleet of six Type 45 destroyers has proven unable to cope with the Persian Gulf’s warm waters, constantly breaking down in the main area of operation they were intended for.

“It is astonishing that the specification for the Type 45 did not include the requirement for the ships to operate at full capacity – and for sustained periods – in hot regions such as the [Persian] Gulf,” the committee fumed in its report.

The lawmakers said they were considering an expansion plan for the navy which included “building two aircraft carriers, the new Type 26 global combat ship, Dreadnought and Astute class submarines, and offshore patrols vessels.”

Over the past few months, British officials and military commanders have used every opportunity to call for more funding.