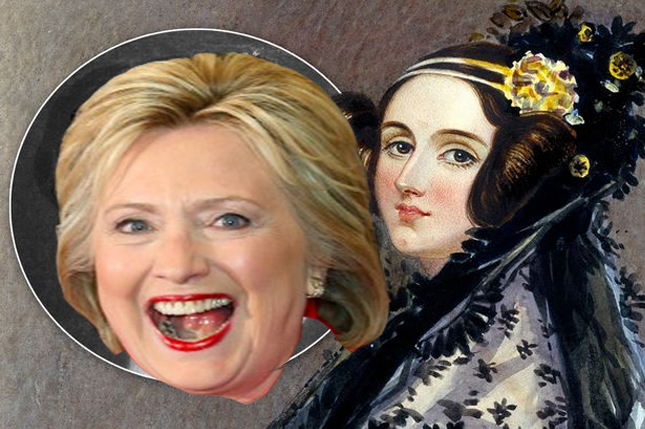 For years I have been arguing that the Left, Liberals and Progressives are delusional on the verge of total detachment. Hillary Clinton’s astonishing defeat proves that point. Both Clinton and her campaign had been boasting in victorious hubris for months. Their confidence was supported by the entire mainstream media.

On the 9th of November the Washington Post revealed that Hillary and her campaign relied heavily on an algorithm named Ada.

Ada was Clinton’s secret weapon. “It is a complex computer algorithm that the campaign was prepared to publicly unveil after the election as its invisible guiding hand”. Named after a female 19th-century mathematician — Ada, Countess of Lovelace — “the algorithm was said to play a role in virtually every strategic decision Clinton aides made, including where and when to deploy the candidate and her battalion of surrogates and where to air television ads — as well as when it was safe to stay dark.”

Ada ran 400,000 simulations a day of what the race against Trump might look like. A report that was spit out would give campaign manager Robby Mook and others a detailed picture of which battleground states were most likely to tip the race in one direction or another — and guide decisions about where to spend time and deploy resources.

What is astonishing in this story is that neither Hillary Clinton or her campaign managers, who were so attuned to Ada, managed to hear the cry of the American people. They failed to see the despair in Michigan or the fatigue in Pennsylvania.  I guess that the answer is that Ada must have been a ‘liberal’ algorithm. It was as faulty as the virus-infected party it was made to serve. The fetish for science and technology replaced the ability to be empathic and humane. This is the true story behind Clinton and the Democratic party staggering defeat.