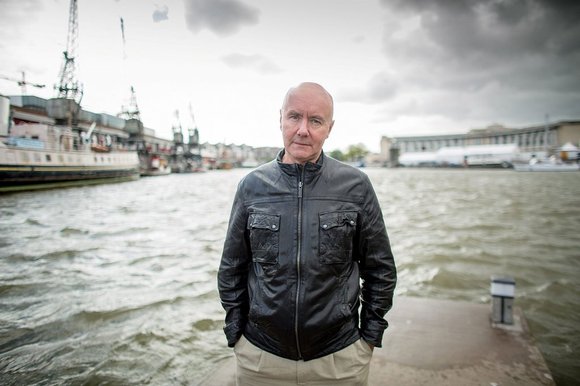 In an exclusive interview with Sputnik, acclaimed international playwright and novelist Irvine Welsh, the author of Trainspotting, said that Hilary Clinton’s election “would have been disastrous” for the Mideast. However, Welsh believes that US President-elect Donald Trump will look to start a war of distraction during his forthcoming term.

“Clinton would have been disastrous, there’s no question about that,” Irvine told Sputnik.

“Trump is a kind of classic bully. He won’t go to war with Russia. He’ll pick his targets more carefully. I think that he will go to war with some nation or another. He’ll need a diversion. I’m sure it’ll be a war, some daft war over something, possibly the wall. There’s so many options for him really,” Welsh said.

In Contrast to Clinton, Trump Has No Appetite for War With Russia

The author added that there were challenges ahead for both ordinary people and what he described as the “ruling elite” following the rise of right-wing politics in both the US and across Europe.

Asked about the anti-Trump protests that have swept America in the wake of Tuesday’s election result and the potential for anger to spill over into violence Welsh said, “I think it’s almost inevitable. If you have a guy that’s come to power and has couched his whole message in terms of violence, you can’t just turn round and say ‘I was only joking, now I’m a statesman'”.

Welsh warned there was a potential dilemma ahead for Trump if he fails to meet the expectations of the people who voted for him and instead of enacting the policies he set out during the campaign instead chooses a more technocratic approach.

“He can take that kind of approach but what he does then is that the disappointment and the disengagement enables the far right,” Welsh told Sputnik.

Trump Promises to Send 2-3Mln Migrants Out of US

“Then you end up with the genuine kind of fascist instead of the toy town fascist. You get a genuine person who comes along and ferments and feeds off that fermented anger and bitterness that the great fascist dream hasn’t been enacted,” Welsh added.

The author, who now spends much of his time living in Chicago, believes one of the less appreciated failings of neoliberalism has been the destruction of culture across the world.

“I think the people are looking for things, looking for culture. One of the great casualties of the neoliberal, market-driven model of globalisation has been culture. It’s destroyed and levelled down all the sort of youth cultures and indigenous cultures all over the world,” Welsh said.

“That’s actually given the right-wing a lot of traction because the old argument is multi-culturalism used to be about expressing differences and the right wing argument against globalisation is that if you level everything down and make it the same then’s there no differences to express, you don’t have multiculturalism you go back to a kind of monoculturalism again,” Welsh added.

Wall Along US-Mexico Border Will Be Constructed, Trump Reiterates

The author who is best known for his novel Trainspotting, later adapted into a film that became a cinematic cult classic, told Sputnik he did not believe the sequel, Trainspotting 2, would reach cult status. But Welsh added that all of the characters have, at various periods over the past 20 years, reflected mainstream societal trends.

“Begbie is bit of a poster boy for the white rage which has swept the western world; and I think it’s funny when you look at the characters of Trainspotting they’ve all had their ascendance in a way,” Welsh said.

“It’s like Renton was originally seen as a main character in Trainspotting and then it went through a time when it was in that kind of very ruthless neoliberal hour we moved into when you said something and did something else. It was very much sick boy’s kind of moment and now we’re in the era of white rage I think it’s Begbie’s place in the sun unfortunately,” Welsh told Sputnik.

Trainspotting 2 is expected to see its premiere in early 2017.

Listen to the full interview of Irvine Welsh to Radio Sputnik here.