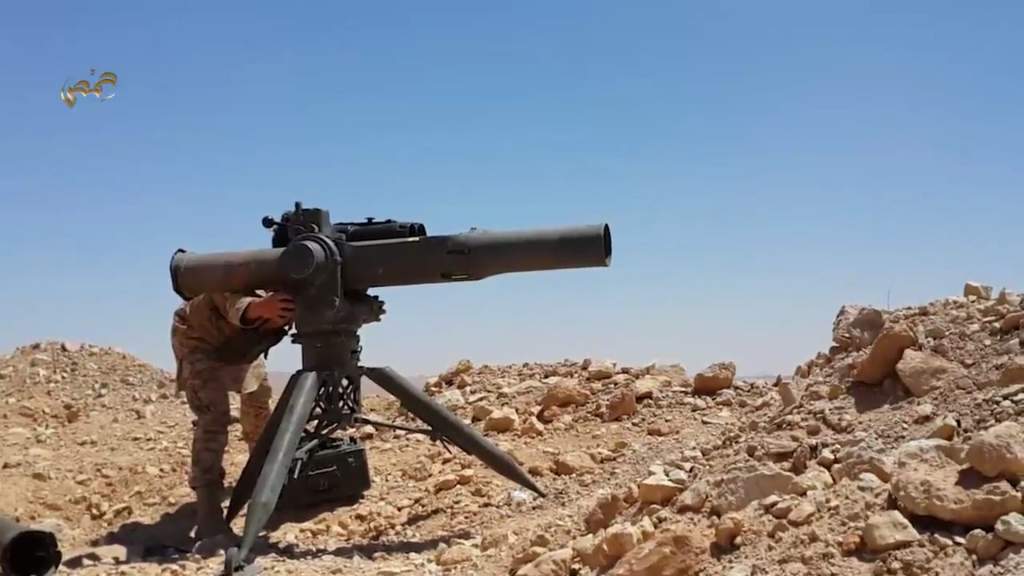 Some of us hope that Trump will begin tracking down the ratline that led to a billion dollars of advanced American weapons that ended up in the hands of terrorists fighting in Syria and Iraq. The scale of this is no accident.

There is no doubt whatsoever that along with Saudi Arabia and the Gulf States picking up the bill, pumping hundreds of millions into Raytheon Corporation for TOW and Stinger missiles, the arms dealers in Ukraine, Israel and Turkey need a smackdown for their role in war crimes that have killed 400,000 Syrian civilians, according to the Syrian Human Rights Observatory.

Then there is this group itself, the disinformation news services for ISIS and al Nusra, working with Reuters, to cover for war crimes and help stage murderous gas attacks on civilians. This organization and the pet pro-ISIS media, who were very much a part of the terrorist war on Syria, need to be sent to Guantanamo for a dose of that promised “much worse than waterboarding” torture.

Yes, America is back in the torture business in a big way but Trump promises that this time it will be the real terrorists and not poor kidnapped cab drivers and patsys like those that filled the prisons of Poland and the torture rooms of Gadhafi’s Libya.

One might question how someone as close to Israel as Trump is may be able to clean up the problems that Israel is and will continue to be at the heart of. This and other issues, the newfound love of Russia by a president elect who has surrounded himself with Russia-haters, perhaps time and a reality check will make this all clear at some time in the future. We can only hope. But we look to Syria now.

The truth is a lie and up is down, or so it seems. Let’s look at Aleppo, or so we are told were one to read the Guardian or watch CNN. A humanitarian group called “White Helmets” saves civilians from massacre or is this true? What if I told you that the “White Helmets” are members of terror groups, enforcers, torturers and “beheaders” who perform impromptu “street theatre, killing babies one minute and pretending to save them the next.

Again we ask, will President Trump hunt down these war criminals along with the Syrian Human Rights Observatory, will he force Turkey out of Syria or stop the slaughter of the people of Yemen by Saudi Arabia?

Conversely, he has “green-lighted” Israel’s cleansing of her remaining Palestinian population, estimated at up to 55% of Israel’s citizenry. Where will they go, with American closed to immigration and expelling millions?

It’s the last days of the Obama administration and the mainstream press has let out the stops. Staged photos of the “Aleppo holocaust” are everywhere, the Reuters photographs of bloodied infants and carefully quaffed “white helmet” first responders are everywhere. Of course there are no “white helmets,” not wanting to spoil that hair and makeup job.

These photos have been around for years, always shifting the blame for US backed gas attacks and rocketing, with a claimed 400,000 Syrian civilians killed, on the government and their alleged “barrel bombs.”

It is all too little, too late, there is nothing that can and will be done, no last minute American invasion of Syria, joining the Turks who are already there, a last ditch attempt to save the ISIS/al Nusra “head choppers” from the Russian juggernaut.

With General Michael Flynn taking over as National Security Advisor for President-elect Trump, whatever else the Trump administration may or may not be able to do, Flynn knows the Syrian war. He knows who has been supplying the terrorists, that being Israel, Saudi Arabia and Turkey and he has a well-established understanding of Russia’s role and has long made his support of Russia in Syria clear.

The key to how this will turn out will be how much power Flynn will have, formerly direction of the Defense Intelligence Agency. Trump, while looking for “military types” to bolster up his own lack of background in that area, except as a student in a military prep school, had initially turned to retired Major General Paul Vallely, founder of Stand Up America, a militia group advocating the violent overthrow of the US government.

Vallely has told associates that Trump shortlisted him for Vice President but was passed over. Vallely is featured in a YouTube video allegedly visiting Aleppo. There he is filmed meeting with rebel leaders, some of whom are currently members of ISIS.

Some of those likely to oppose Trump’s policies in his own party, names like Graham and McCain, are alleged to have been involved in trafficking stolen oil from Iraq, dating back to as early as 2004 and continuing to this day, via ISIS. This theft of Iraqi and now Syrian crude as well, starting with the US invasion of Iraq in 2003, moved oil into Turkey by both truck and pipeline and eventually into waiting tankers, particularly Exxon and BP, loaded under the supervision of the Turkish Navy at Ceyhan in the Mediterranean. VT’s Alex Powers was there in Baghdad with Brenner and I was in Erbil. For years, up to 40% of Iraqi oil was never paid for, some passed on in bribes in Iraq, tens of millions to key members of congress while billions more laundered into the black accounts of the oil companies.

There it joined the tens of billions that were spent to arm an Iraqi army that never existed and to build a nation left it ruins, but we are getting ahead of ourselves.

Will the US be able to take a credible stand without bringing the Bush era criminals to the dock? Is ISIS simply a continuity of Bush era policy, Sunni and Baathist militarists loaded up with retired contract US and Israeli officers, Turkish, Saudi and Qatari spies, funded by oil companies and armed by Raytheon?

Will Trump expose the “re-death” of Osama bin Laden, with a well recorded first death on December 13, 2001, even reported by Fox News in the US and a second public killing and burial at sea without a shred of evidence, obviously done as cheap political theatre.

Will Trump expose 9/11 as promised even though the finger pointing at Saudi Arabia that now comes out of Washington will inexorably lead to their Israeli friends as well? Without this delve into truth, can the books ever be balanced once and for all?