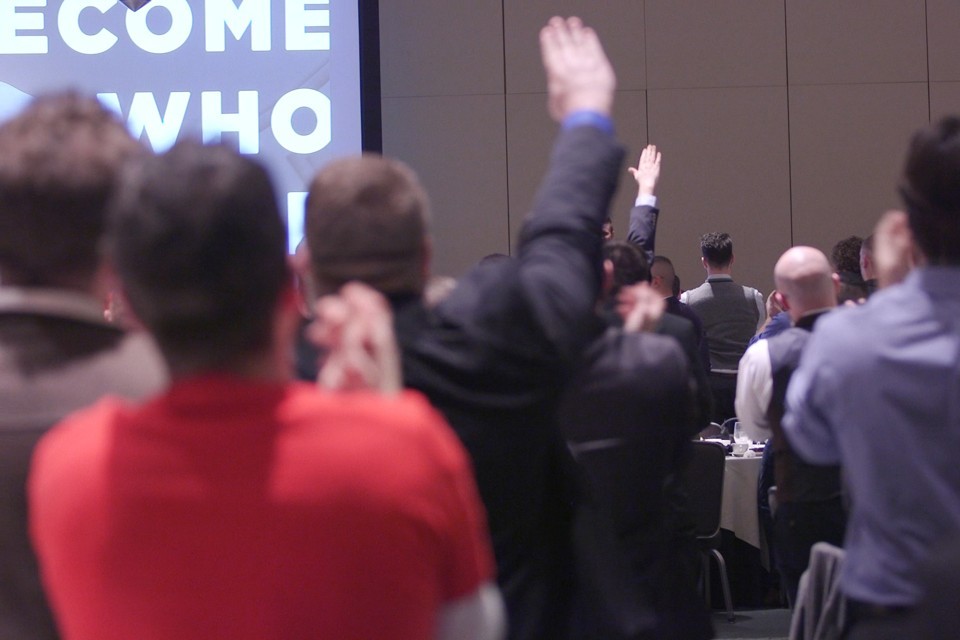 A white nationalist group celebrated the victory of Donald Trump by hosting a weekend conference, calling on the president-elect to implement a 50-year moratorium on “non-European immigration.”
Read more

Now Trump is disavowing them.

“I disavow and condemn them,” President-elect Donald Trump said Tuesday during a wide-ranging interview with staff members at The New York Times.

The paper pressed Trump on whether white nationalist groups had helped empower his candidacy, citing a speech over the weekend by Richard Spencer, head of the National Policy Institute.

“It’s not a group I want to energize, and if they are energized, I want to look into it and find out why,” Trump told NYT.

Spencer has described his movement as an “intellectual vanguard that can complete Trump.” During his campaign, Trump, either inadvertently or carelessly, retweeted comments from other nationalist Twitter accounts, including a famous quotation from Benito Mussolini, the 20th century fascist leader of Italy.

Trump also called for a “total and complete shutdown of Muslims entering the United States” in December, but later backtracked, calling instead for “extreme vetting.”

Spencer told the Associated Press that he was disappointed in Trump’s comments but said he understands “where he is coming from politically and practically,” adding that he will “wait and see” how the administration takes shape.

Spencer said Trump needs people like him “to actualize the populism that fueled his campaign.”

During the NPI conference, which was met with protests, The Intercept asked what Spencer wished for the Trump administration to do in a multicultural country like America, specifically for undocumented immigrants and their children. Spencer said they “have to go home. And they can go home again, they can connect with their real identity.”

When pressed to explain what that would mean for children who had grown up in the US, Spencer insisted they had a “real identity” that was other than American. “You can reconnect with who you really are,” Spencer said, “for a Mexican-American [that] would be about being in Mexico. For an African, it would be about being in Africa.”

Spencer has played down any direct connection with Trump but told The Intercept, “we have a psychic connection.”

“We recognize an essential lie of American race relations. We don’t exploit other groups. We don’t gain anything from their presence.”

“They need us and not the other way around,” said Spencer during the conference.

“America was until this past century, a white country designed for ourselves and our prosperity. It is our creation. It is our inheritance and it belongs to us.”

In a related story, Politico editor Michael Hirsh resigned after publishing the home addresses of Spencer in Montana and Arlington, Virginia with a post on his Facebook page.

“Stop whining about Richard B. Spencer, Nazi, and exercise your rights as decent Americans,” Hirsh wrote in a public Facebook post. “Here are his addresses.”

When pressed by a comment to his post about whether Hirsh was advocating a non-violent protest outside of Spencer’s home or other similar non-violent response, Hirsh said: “I wasn’t thinking of a f***ing letter, Doug. He lives part of the time next door to me in Arlington. Our grandfathers brought baseball bats to Bund meetings. Want to join me?”

Hirsh then deleted the post but not before the Daily Caller had a screen shot.

“The posts were clearly outside the bounds of acceptable discourse, and Politico editors regard them as a serious lapse of newsroom standards.” Politico Editor-In-Chief John Harris and Editor Carrie Budoff Brown told the Daily Caller. “They crossed a line in ways that the publication will not defend, and editors are taking steps to ensure that such a lapse does not occur again.”