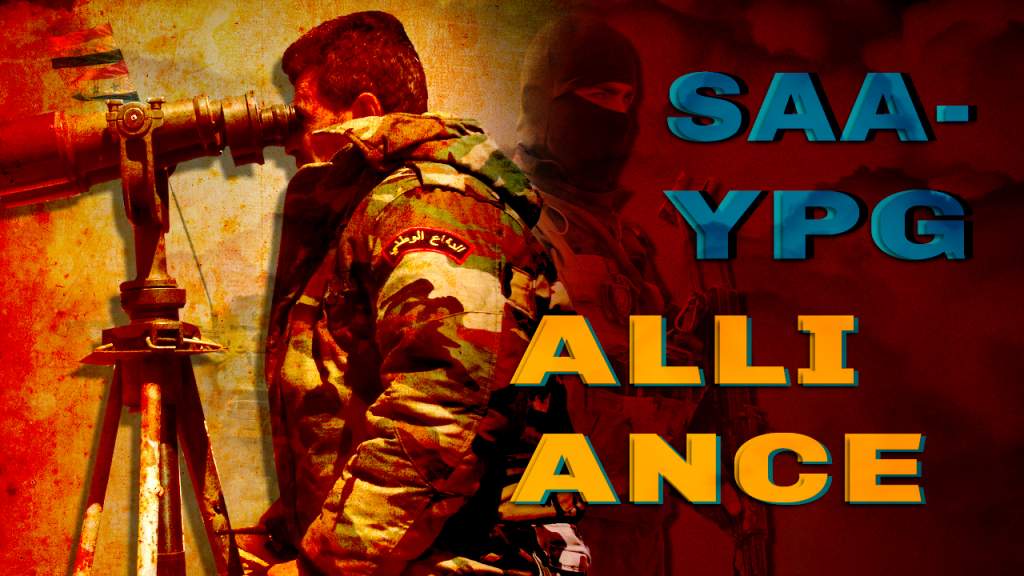 The Syrian army and the Kurdish People’s Protection Units (YPG) launched a joint military operation against the ISIS terrorist group east of Aleppo city on November 24. Their forces reportedly liberated at least 2 villages in the area: Sheikh Kife and Nirbeh. Pro-government sources also argue that they liberated Juba and Halisah, but they had alredy been in the hands of YPG. Clashes between pro-government force and ISIS were also reported near Tal Shair.

The joint advance of Syrian government and YPG forces took place following the recent escalations between them and Turkish-led forces across Syria. On November 23, in northern Latakia, Turkish artillery units delivered strikes against the Syrian army, reportedly killing up to 80 soldiers. On November 24, the Syrian Air Force allegedly hit Turkish army units deployed in the countryside of al-Bab, killing at least 3 soldiers. Ankara threatened to retaliate to the attack, according to Prime Minister Binali Yildirim. Intense fighting between Turkey-led forces and Kurdish YPG units has been ongoing west of Arimah since November 22.

If the army-YPG cooperation east of Aleppo is confirmed to be a full-scale advance, it will mean that the Syrian government and its Kurdish allies have decided to build a buffer zone west of al-Bab to prevent the Turkish military from expanding its presence into central Syria. In this case, a major escalation against Syrian army and Kurdish YPG forces the only way to seize al-Bab for Turkey.

The US Central Command announced Thursday that a US soldier had died from injuries sustained by ISIS booby trap near Ain Issa in northern Raqqa. US Special Forces servicemen are massively presented along with the so-called “Syrian Democratic Forces” that claim to advance on the ISIS stronghold of Raqqa. Despite this, the SDF and its US allies have been unable to isolate the city.