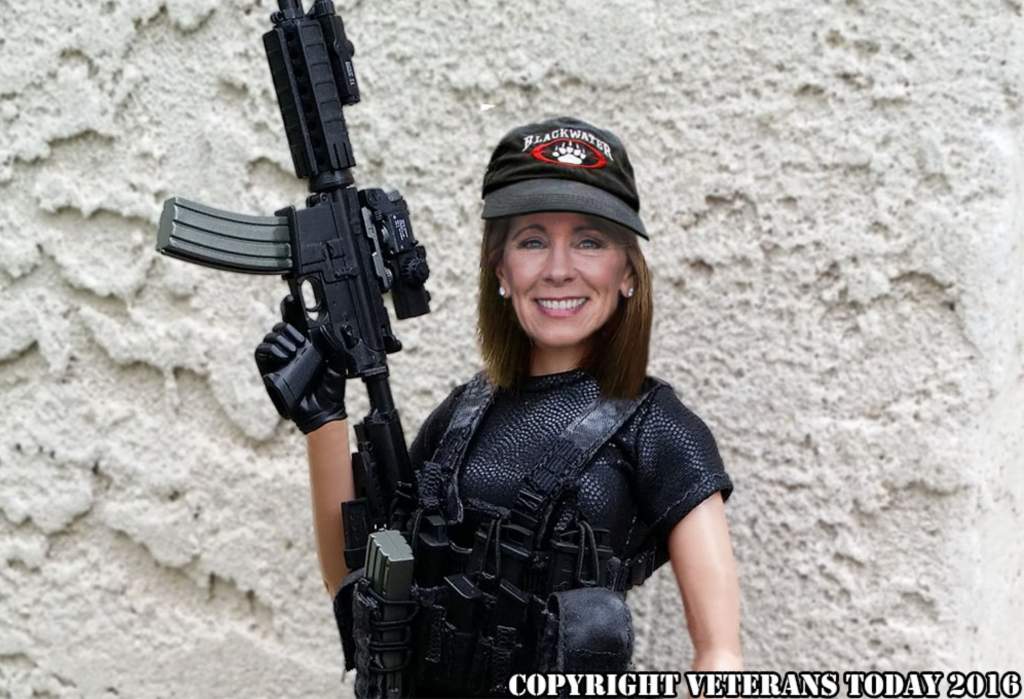 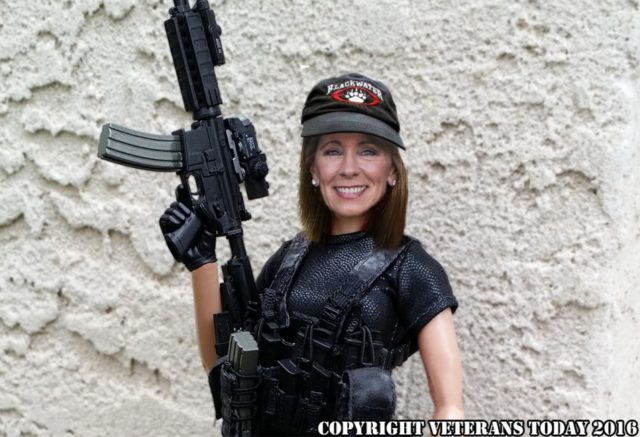 America will have it’s first Secretary of Education with her own private army. DeVos, an opponent of public education, whose companies have actively withheld school taxes, thus nearly bankrupting the Ada, Michigan school district over and over, is also an avid creationist. DeVos has funded debates at her Alma mater , Calvin College on the following issues:

To those living in or around Grand Rapids, Michigan, with the exception of the Dutch mafia, the yearly “synods” at Devos funded Calvin College were a laugh riot, debates about how fossils were made and planted or discussions of the differences between men and women, often showing evolutionary charts with women and apes shown as having more in common with each other than with god’s anointed, the Christian Reformed Church’s membership made up of those who have given Christianity a bad name, certainly in West Michigan at least.  As I was told by a friend, a local Cadillac dealer in Grand Rapids:

“As soon as someone identifies themselves as a Christian, make sure you keep you kids away from them, put your hand over your wallet and, better still, keep your back against the wall.”

This is where Betsy Devos comes from, privilege, hypocrisy and ignorance steeped with a healthy portion of hate.

Donald Trump’s nominee for Secretary of Education, Betsy Devos, isn’t just a longtime hater of public education.  She isn’t just a covert political fixer sharing the mantle of “Boss” with gambling boss Sheldon Adelson.  Devos, sister of Blackwater’s Erik Prinz, heiress to the Amway fortune, longtime polluter extraordinaire, from their massive plant in Ada, Michigan, is the most powerful woman in America.  Devos is the power behind GOP obstructionism that has kept Guantanamo open, that has blocked nearly all Obama political nominations and it is Betsy Devos that decides who runs for office, who gets to be a judge, who gets key appointments.  She is very “hands on.” 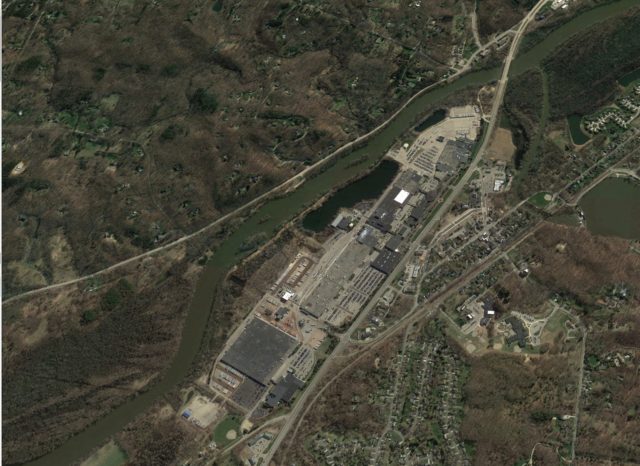 Behind her is a shadow group of former CIA, FBI and police, recruited by Amway Corporation, a powerful private army that morphed into the Blackwater companies when she brought her brother into the family.

Betsy Devos is the primary financier of the “alt Right” that Trump has now distanced himself from, though Betsy has worked very hard to keep the blood of her own hands.

There are two big stories about Betsy Devos out today, none will be attributed to her, the press is a bit lazy for that.  One is a piece of false news, a psyop piece by the infamous “Sorcha Faal,” one of the original fake news sources.  His story titled President Trump Moves Feared Private Army To America As Clinton Push For Civil War Grows outlines how the CIA’s rogue operations that support ISIS, that have repeatedly used poison gas in Syria and Iraq and who run the world’s heroin supply are actually privatized Blackwater/Xe/Academi/Craft operations.  He is right, according to our sources.

According to Faal, this private army is being brought back to the US to fight a civil war against Clinton backers.  We know their capabilities to be a bit different, cyber intelligence, hacking, blackmail, murder and intimidation.  These are terrorist groups, not a private army.

What Faal or David Booth as he is really known as doesn’t know is that it isn’t Erik Prinz, the rich boy from West Michigan, appointed to the Naval Academy in trade for a GOP payoff by a VT staffer, doesn’t really run Blackwater.  Betsy Devos runs Blackwater and Xe and all those other groups.  Betsy Devos, wife of Dick Devos of the massive Amway cult, peddling soap, toothpaste and sales scams, has long been the power behind the GOP and the real power behind her brother, Erik Prinz, the empty hat long accused of operating the world’s most despicable mercenary army.

Betsy Devos will now be, if confirmed, Trump’s Secretary of Education.

West Michigan is run by what is known as the Dutch Mafia.  Some settled in the 19th century from Holland, religious fanatics expelled from that country, while others were brought there under Operation Paperclip, former Waffen SS resettled into Grand Rapids, Spring Lake, Zeeland, Holland and Grand Haven, tens of thousands of them.  These were part of the nearly 100,000 strong Dutch SS contingent recruited by Himmler to fight in Russia.  Most died in the war, those who survived were brought to West Michigan, settled there.  They make up the core of the Michigan GOP, now in a greatly expanded 3rd generation.  They have also been productive citizens though prone toward extremism in no small way.

One episode I remember from the early 1990s involved a murder of one of the close relations of Betsy Devos.  News reported the murder of an unnamed Dewinter at a private estate in Cascade Township, not far from the Devos compound in East Grand Rapids.  An intruder had killed a guard dog and shotgunned someone, an unnamed member of this prominent family, actually members of the Netherlands royal family, long tied to scandals there, yes the infamous pedophile rings the fake news obsesses on. 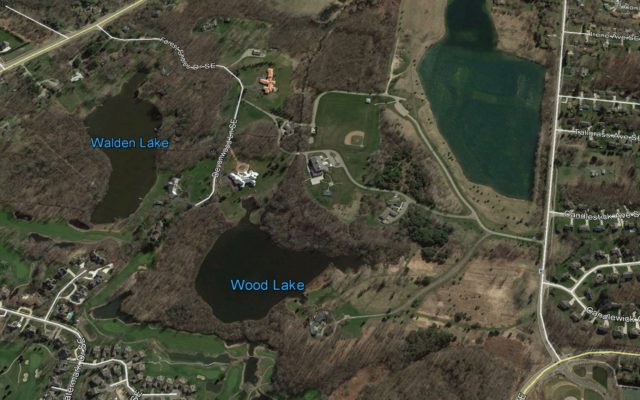 The Michigan State Police claimed they were blocked from the crime scene by Amway Corporation security personnel who had flown in on their helicopters and took control.  A few days later, the murder weapon was found in a dumpster of the D&W grocery in Gaslight Village, near the Devos family compound, a Rossi Stagecoach 12 gauge double barrel.  The students who found it turned it over to me and I took it to the State Police investigators.  It immediately disappeared and news of the killing was blacked out.  We have no idea who died but we do know of a divorce scandal within the family, of threats, of a prominent attorney losing his license for standing against Betsy Devos and of the CIA being dragged into a minor domestic squabble by President George H.W. Bush.  More than that, I am not free to discuss.

Though Betsy is Chairman of the Michigan Republican Party, there is no evidence that she is or has been involved in their other projects. some of which I will allude to here.  Michigan has powerful ethnic communities tied to the GOP, Polish, Lebanese, Chaldean, Greek and Lithuanian, all of whom have worked with the CIA for many years.  The CIA has been regularly dragged into Michigan issues because of this, including minor elections and even family squabbles.  We will leave this one here and move on.

Back in 1990, the GOP’s Lithuanian friends, close to gubernatorial candidate John Engler, close associate of George HW Bush, made contact with Russian KGB officers running the border crossing between Poland and Kalingrad. 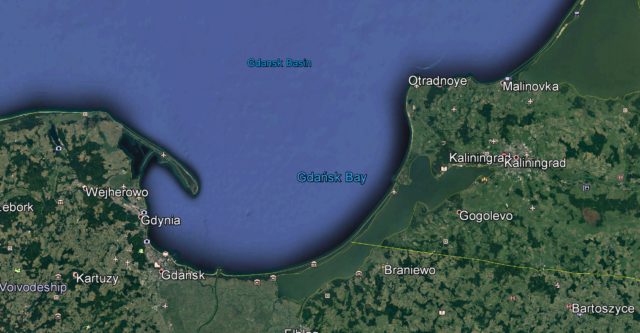 Through the Polish community of Hamtramack, working closely with Solidarity in Gdansk, Poland, a trade was established between Russia and the US for Marlboro cigarettes for certain prohibited Russian items. This penetration of the KGB led to clearance being given for a commercial banking group from Russia being sent to America to learn about things like ATM’s and such, partially financed by the CIA’s Diebold corporation, long suspected to be tied to American vote rigging things as well.

For some reason I was part of this group, something I won’t be getting into now or in the future.

Two other issues we will gloss over are tied in but can’t be discussed.

During this time, a $300m slush fund, stolen from Russian banks, was set up by the GOP, considerable cash at that time, to be used for “covert operations.”  (1991)

Billions more helped set up the Russian mob, Detroit, Michigan, Astoria, New York and Cyprus based banking operations, emptying Russia’s commercial banks, setting up a longtime partnership between the GOP, out of Michigan, the Brighton Beach Russian Mafia, CIA operations in Chechnya and, need we go on?

Betsy Devos, sister of Erik Prinz, inherited all of this.

This put into the hands of the most extremist elements of what was left of Nazi Germany in America, a huge military training center in North Carolina, a massive cyber-intelligence and hacking group and “deals” cut with rogue CIA and military and “other” organizations, long offered “revolving door” employment with the DeVos/Blackwater organizations.

Because of this, CIA, NSA and even DIA resources and assets were made available to the GOP to swing elections or leverage individuals, by leverage, we mean “blackmail and intimidate.”

This was not a minor appointment but something key, tying Trump to the Gehlen organizations and their ties to the Russian mafia.  If you wonder why and how the “alt right” and Nazis came to work together and why Nazis and Israel have worked together so closely on this election, you are starting to ask the right questions.