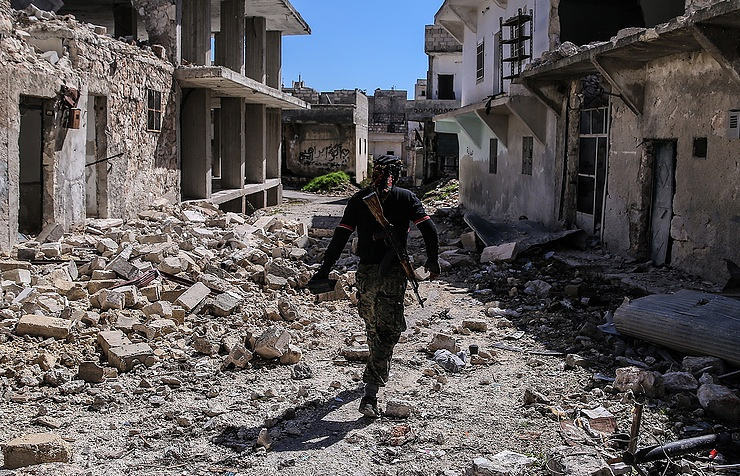 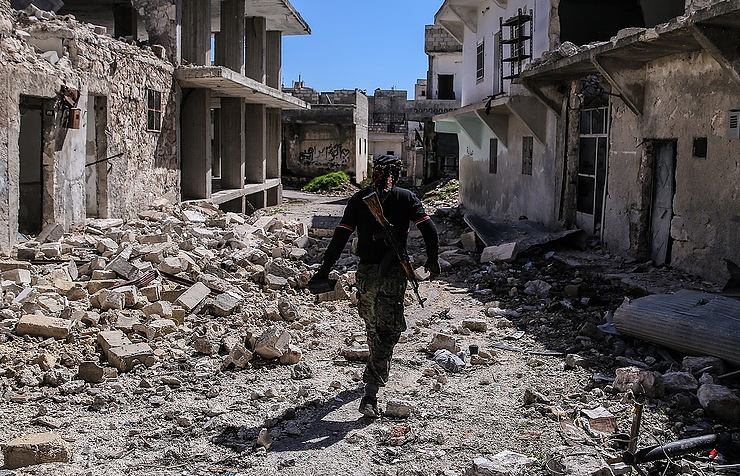 “The analysis, carried out in strict compliance with the order and requirements of the OPCW procedures, has confirmed that the toxic substance – mustard gas,” the Russian defense ministry said

MOSCOW, November 26. /TASS/. Russia’s Defense Ministry is trying to ascertain the possible chains supplying toxic substances to Syria after a mustard gas mine was found near the city of Aleppo, the ministry’s press service said on Saturday.

“The analysis, carried out in strict compliance with the order and requirements of the OPCW procedures (Organization for the Prohibition of Chemical Weapons), has confirmed that the toxic substance – mustard gas that, with a high rate of possibility, is produced homemade was present in the samples, which proves that militants have streamlined production of chemical weapons,” the Russian defense ministry said. “Along this this, it cannot be ruled out that poisonous substances of mustard gas and other toxic chemicals may be supplied from third countries. Russia’s Defense Ministry carries out work to ascertain the possible chains supplying toxic substances to Syria.”.

Russian Defense Ministry’s experts have handed over to two Syrian officials, the representatives of the Syrian national body implementing the OPCW convention, the material and documentary evidence of the use of toxic chemicals by militants near the Syrian village of Maarat Umm Hawsh, the ministry said.

“The Syrian side has been handed results of analyses of the samples, the chemical mine containing mustard gas, soil samples from the area where the shell was used and the samples of soil from the shell crater and of the shell,” the ministry said. “Today, President of the Russian Federation V.V. Putin had a telephone conversation with President of the Turkish Republic Recep Tayyip Erdogan, continuing to exchange opinions on the situation in Syria,” the statement said.

The conversation was the second between the two leaders in the past two days. On Friday, Putin and Erdogan had a phone conversation about the Syria crisis and the joint efforts in the fight against terrorism. The Kremlin said that they had exchanged opinions in an encouraging tonality.