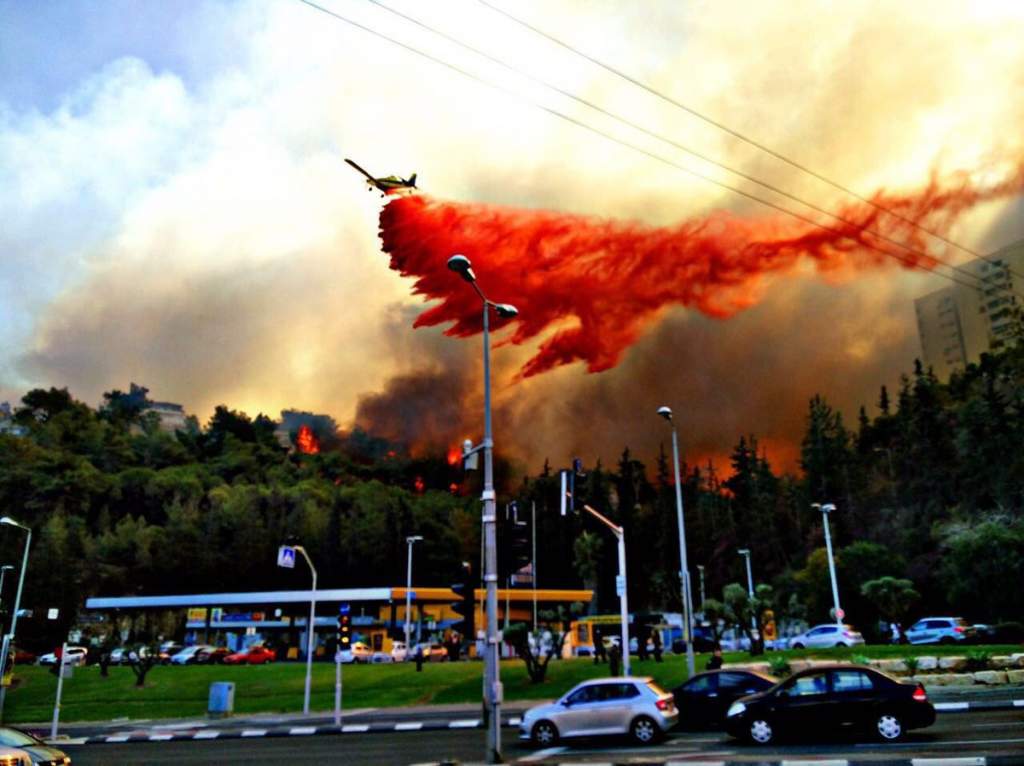 [ Editor’s Note: Could Bibi burn down with Haifa? It would be nice, but I doubt it. Sure, it was a cheap political move to play the terrorism card, but hardly unexpected in the land of the political card sharks. Bibi instantly knew that attention would be quickly focused on government unpreparedness for such an event and wanted to jump the headlines with the terrorism tag.

It worked. The proof was in how carefully crafted his statements were, like “some” of the fires “could” have been set by terrorists. This language covered him from having to provide any proof as it is all hypothetical. All major countries have staff whose job it is to screen the boss from bad events being laid at his doorstep.

As usual, calls will go out for international donations for rebuilding, but little if any of that will ever find its was to any Arab victims of the fires. As Gordon would say, “Welcome to how the world really works.”… Jim W. Dean ] 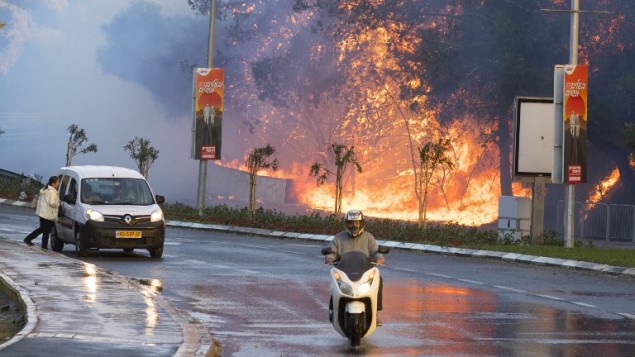 Arab lawmakers in the Israeli parliament (Knesset) say Prime Minister Benjamin Netanyahu is blaming “terrorism” for the wildfires that swept across the occupied lands in an attempt to cover up the inability of his administration to contain the blazes.

The MPs said that Netanyahu has on numerous occasions resorted to such tactics in the face of the crises.

Wildfires broke out in several areas in the occupied territories on Tuesday. Fueled by strong easterly winds and dry weather, the flames intensified on Thursday and continued sweeping across the Israeli-occupied lands until Saturday.

Authorities said early on Sunday that firefighters had extinguished the blazes. Israeli officials have claimed Arabs or Palestinians may be behind some of the wildfires.

Netanyahu vowed severe retribution to those found responsible for the fires, claiming, “Every fire that was caused by arson, or incitement to arson, is terrorism by all accounts. And we will treat it as such.”

Israeli Education Minister Naftali Bennett also said that “arsonists” were disloyal to the regime, signaling that “those who set the fires” could not be Israelis.

However, Jamal Zahalka, a Knesset member, responded to Netanyahu’s claims and said the premier is seeking to achieve “political gains out of an unfortunate state of events.”

Netanyahu “is trying to get cheap popularity on the Israeli street by inciting against Palestinians and Arabs,” said Zahalka.

He went on to say that the Israeli premier “wanted to change the headlines in the Israeli media. People started saying that he didn’t prepare the Israeli fire forces and prepare what was needed to fight the fires. It was his failure.”

Israeli MP Aida Touma-Suleiman also described Netanyahu’s remarks as racist and provocative, accusing Israeli officials of making such comments in a bid to abdicate responsibility for their actions.

The claims by Israeli officials also angered the Fatah movement of President of the Palestinian Authority Mahmoud Abbas, which said Tel Aviv is “exploiting the fire” to level new allegations against Palestinians.

On Saturday, Israeli forces arrested at least 23 Palestinians on alleged suspicion of igniting fires or inciting others to arson.

Israeli police spokeswoman Luba al-Samri said in a statement that those taken into custody were “suspects,” adding that the police have so far questioned some 30 “suspected arsonists.” Additionally, Israeli Public Security Minister Gilad Erdan called for the demolition of homes of any Palestinian found guilty of arson.

Separately on Sunday, reports suggested that two hunger-striking Palestinian prisoners, who have been refusing food for over 60 days, are now in a dire condition.

Anas Ibrahim Shadid, 20, has been on hunger strike for 63 days in protest against his arbitrary incarceration. He is currently at the hospital’s special care unit. Ahmad Abu Farah, 29, is also refusing food over the past 67 days.

The so-called administrative detention policy is a form of imprisonment without trial or charge that allows Israel to incarcerate Palestinians for up to six months.

Palestinian detainees have continuously resorted to open-ended hunger strike in an attempt to voice their outrage at their illegal detention. Last year, the Israeli regime passed a controversial bill allowing the force-feeding of hunger-striking inmates.