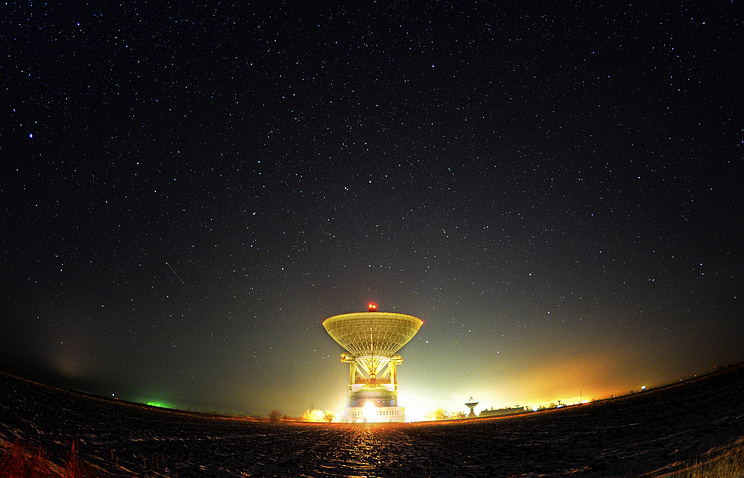 MOSCOW, November 23. /TASS/. Russia’s space corporation Roscosmos and the Russian Academy of Sciences have started drafting the concept of a future national structure expected to issue warnings of potentially dangerous space objects, the director of the Russian Academy’s Institute of Astronomy, Boris Shustov, has told TASS.

“Roscosmos and the Russian Academy of Sciences have made a decision to get down to work to create such a system,” he said.

The Roscosmos press-office has confirmed this. “Roscosmos and the RAS will join forces in creating an effective system to keep track of asteroids and space debris. A very productive dialog is underway with the colleagues. In cooperation with the Academy we are to settle a number of organizational and technical matters,” Roscosmos said.

Within two years specialists are to deliver the system’s project, Shustov said. In part, they are to present proposals for improving the means of tracking asteroids and comets and also near-earth space debris.

“The problem of space debris is rather serious. It is far more serious than asteroids and comets, because it hinders every-day activity in space.

Once they are through with the theoretical part, specialists will start manufacturing the instruments to monitor space threats.

“First and foremost, it is essential to re-equip the 1.6-meter wide-angle telescope at the Mondy laboratory near Irkutsk with a larger detector than the current one. This will place the Russian telescope in the same class with US telescopes Pan-STARRS,” Shustov said.

Once the national system is in place, Russia will be able to apply for full-fledged membership of the International Asteroid Warning Network.

“We are creating this system with a view to making it part and parcel of the international network and Russia’s membership of that organization not as a client, but as a full-fledged participant, whose contribution will be tangible and whose vote will be taken into account in determining the common rules,” Shustov said. The Russian Academy of Sciences’ Space Council in 2015 advised the RAS institute of Astronomy, the Applied Mathematics Institute, the Institute of Solar-Terrestrial Physics of the RAS Siberian branch, the RAS Applied Astronomy Institute, the RAS Special Astrophysical Observatory and the Shternberg State Astronomical Institute to work out and present proposals for the consolidated participation of Russian research organizations in the international system of warning of risky objects on the basis of Russian optical and radio-technical means.

Shustov then called for delegating the powers to coordinate the operation of Russia’s national service of warning of dangerous space objects to Roscosmos, the way it is done in the United States and Europe, where the respective function belongs to NASA and the European Space Agency.