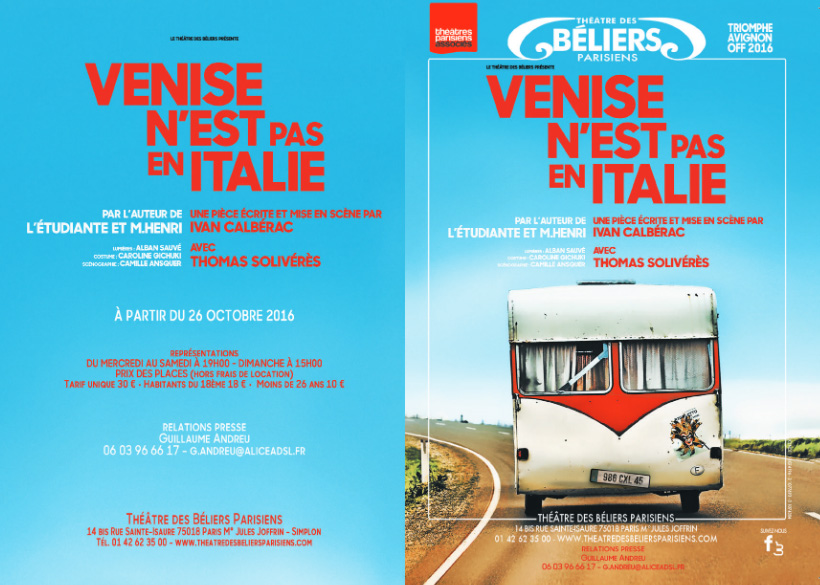 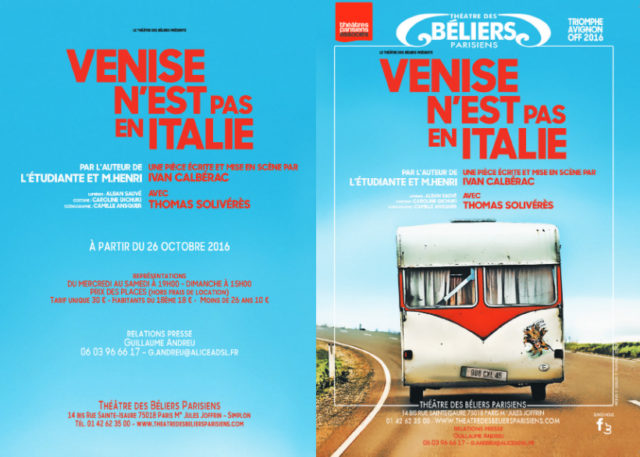 It is a play about a teenager named Emile and his adventurous journey to go to Venice to meet up with his first girlfriend his first love. Emile was thrilled about the trip when he received an invitation but it became complicated when his parents and brother decided to go with him traveling in a camping car.

Thomas is a fantastic comedian who keeps the audience laughing.  His sounds of the vehicles and gestures portray the scenes to tell the audience of the progression of the events of the journey.  All this is performed during the one man show using very unusual props.

For French speaking visitors to Paris this play would be a great time in a Paris theater with many laughs.