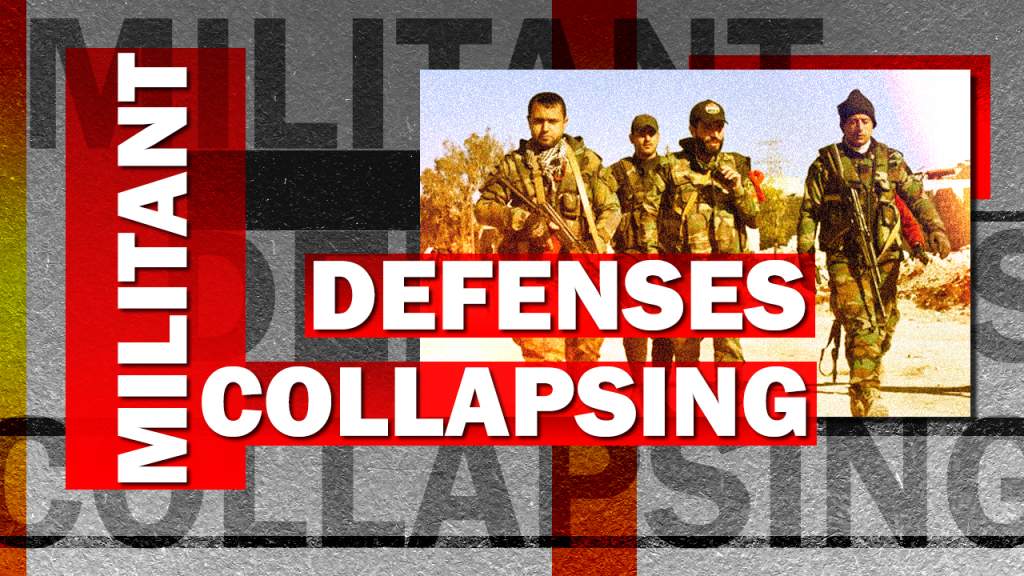 Last weekend, Syrian government forces delivered a devastating blow to the al-Nusra led militant coalition, known as Jaish al-Fatah, inside the Aleppo city. The Syrian army’s Republican Guard, the Syrian army’s Tiger Forces, the Desert Hawks Brigade, Liwa al-Quds and other pro-government groups liberated the neighborhoods of Hanano, Jabal Badro and Inzarat. They also took control of the Haidariyah Youth Housing, the Ba’ideen Roundabout and the Ba’ideen Square and Ard Hamra and seized a significant part of Al-Sakhur neighborhood.

Kurdish YPG units seized positions in Bustan Basha which had been under control of Sultan Murad militant group.

Local sources say that militants are fleeing their defenses in northeastern Aleppo.

From Sheikh Lufti government forces are able to pose another threat to Jaish al-Fatah militants – to reach the Aleppo Citadel, splitting the eastern Aleppo pocket into several separated parts.

About 1,700 civilians had fled to government-held parts of western Aleppo and about 2,500 to the Kurdish-controlled area of Sheikh Maksoud since the start of the operation, according to the so-called “Syrian Observatory of Human Rights”, a pro-militant ‘non-government’ organization aimed to cover the Syrian conflict.

Syrian news sources broadcasted images of a crowd of civilians including women and children gathered around green buses that are set to pick them up in Masaken Hanano and entering western Aleppo. According to them, up to 10,000 civilians have fled from eastern Aleppo so far. Most of them took refuge in government-controlled areas.