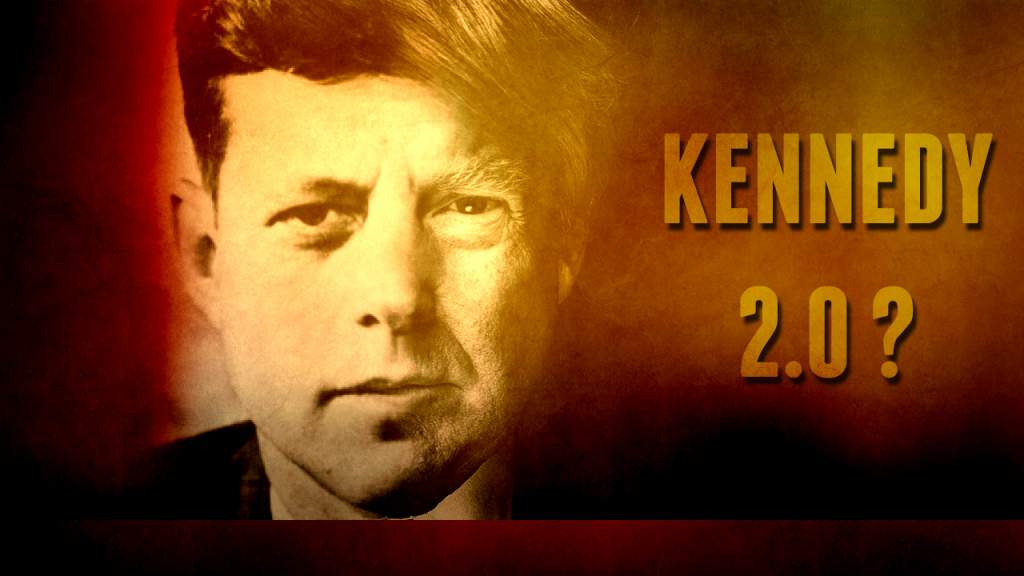 While on the campaign trail, President-Elect Donald J. Trump made a range of statements suggesting a shift away from a policy of interventionism, combined with a focus on safeguarding US borders and jobs at the expense of the dominant ideology of globalism. Can and will he deliver on these promises? There are many reasons to believe he will genuinely push US foreign policy in this direction, but at the same time he will face obstacles on his path.

One of the factors clearly helping him is the increasingly indisputable fact that globalism as an ideology has been discredited, except, ironically, among the liberal “creative classes” and among the financial elites. The rest of the society and of the elite is increasingly skeptical of such policies if not downright opposed to them, which means they are willing to experiment with economic nationalism and even isolationism.

Trump also benefits from the fact that nearly all neo-conservatives have endorsed the Hillary candidacy, apparently convinced her victory was all but inevitable. Being on the losing side, they have eliminated themselves from consideration for positions within the Trump Administration, and the early personnel choices reflect it. The early pick of the former CIA Director James Woolsey is indicative of the gradual shift toward the Fortress America model. While Woolsey did support the invasion of Iraq in 2003, he notably refrained from calling for a “no-fly zone” over Syria and he is also in favor of expanding US energy production in order to reduce the dependence on Middle Eastern oil, which is a prerequisite for the US political and military disengagement from the region. Another prominent figure in the Trump camp is General Michael Flynn who, like Woolsey, comes from the intelligence community, prioritizes the Islamist threat, and, like Woolsey, is a former Democrat who can’t find a home in the Democratic Party that has been taken over by the neo-conservatives. Tellingly, Flynn attended a high-profile dinner in Moscow in 2015, and delivered a speech at the 2016 GOP convention from which the anti-Russian tone of the Democratic campaign were missing. One also must not forget that the most important official in the Trump Administration will be Vice President Mike Pence whose primary focus is domestic US politics, with an eye on creating jobs and reducing the size of the government.

That is not to say any of them are in principle opposed to “global empire,” but with one caveat: the neocons seem committed no matter what the cost and risk, while Trump’s people have in the past supported various trade agreements, invasions, and international confrontations, including Iraq, Syria, and Ukraine, as long as the cost was low. Whereas the neocons can be fairly described as psychologically disturbed, Trump’s conservatives are cost-and-benefit pragmatists. A decade ago, it did seem the “global empire” had no adverse consequences. Not anymore. Iraq, Libya, Yemen, and Syria have only imposed costs on the US, with no benefits in sight. Millions of migrants and refugees, dislodged by a combination of free trade policies and color revolutions, are a political problem for both EU and Europe. Last but not least, Russia’s political and military responses to NATO aggression against Ukraine and Syria, and its ability to withstand, and even benefit from, Western economic pressure, makes the prospect of pursuing “global empire” policies increasingly costly and risky, while the demonstrated effectiveness of Russian policies make Russia appear as an attractive potential ally. Trump’s election was hopefully the event necessary to tip the scales toward the “Fortress America” strategy relying on a combination of strengthening US borders, making the country less dependent on international trade and resources, and reducing the cost of international engagements.

At the same time the “global empire” camp will not go away without a fight, even though the cards it is holding are very weak indeed. Not only have they associated themselves with a losing candidate, their policies’ lack of success means they have no credible blueprint to offer. Attempts to discredit Trump using sex scandals or alleged links to the Kremlin have had no effect and may in fact have backfired. The weak “color revolution”-like demonstrations in various US cities are having no effect. It remains to be seen, however, whether the Trump-Pence team manages to dissuade the mainstream media from continuing the negative coverage of the president-elect in order to force him to stray from his chosen path. One can also envision pressure on Trump being exerted through pressuring the members of his family using scandals, in order to “teach” him that defying the US “deep state” will be costly. Similar techniques have been used about several international leaders, with Ukraine’s President Yanukovych being effectively neutralized during the Maidan by the massed propaganda barrage. Trump does benefit, however, from his core constituencies simply not believing US mainstream media.

At a minimum, the “global elites” will attempt to find as much compromising information concerning Trump, his family, and close associates as possible, in order to make him an “offer he can’t refuse” backed up by a sizable financial “consolation prize”. If Trump refuses to succumb to direct and indirect pressure and attempts to pursue even part of what he promised during the campaign, Trump’s opponents will embark on more drastic measures, including a Maidan-like permanent demonstration aimed at tarnishing Trump’s reputation or even an assassination attempt. While the former is highly likely, the latter is somewhat less plausible because it would result in elevate Trump to martyrdom and also set a precedent for future assassinations, which is something the US elite fears greatly. However, Trump will have to deal with tremendous and constant psychological pressure that will be exerted on him through his close associates, family, and of course the media, in order to disorient him and throw him off course.

Moreover, Trump’s political foes will pursue an international approach, using NATO and EU as means of exerting pressure on the new administration, through military provocations if need be. US, being a relatively sparsely, resource-rich country not unlike Russia, can pursue a “Fortress America” strategy. The EU would find it much more difficult to do so without embracing authoritarian governance, as it requires a “Lebensraum”-like sphere of influence that will provide natural resources which the continent lacks. But this Europe has no Grande Armee or Wehrmacht– it has to rely on US military power and subversion. Hence the hysterical European reaction to the US election, for the adoption of a “Fortress America” strategy by the US renders EU’s own strategy of expansion obsolete.

Deciding what to do about the US relationship to Europe that has become a major net drain on US resources will therefore be a major challenge for the Trump Administration. If it is pulled down the same path as its predecessor, it will ultimately be because of its inability to redefine its relations with an increasingly burdensome and costly set of allies on the other side of the Atlantic, and for this reason the outcome of the upcoming elections in Germany and France is of critical importance.