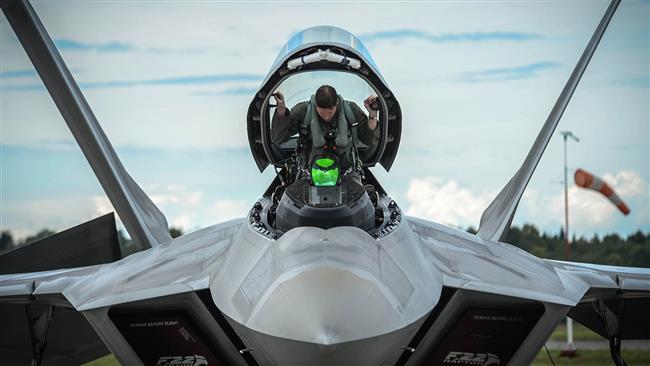 The US Air Force says a severe shortage of fighter pilots and aircraft has made the force nearly unable to satisfy combat requirements abroad.

The USAF is currently authorized to hire 3,500 fighter pilots but it is 752 pilots short, Voice of America (VOA) reported Monday, citing Major General Scott Vander Hamm, who is tasked with fixing the pilot crisis.

“We have too few squadrons to meet the combatant commanders’ needs,” Vander Hamm said.

The acute shortage has reduced the USAF’s ability to accomplish missions at home and abroad by at least 20 percent over the past decade, the report noted.

The US has been carrying out airstrikes in a significant number of countries over the past years, including Syria, Iraq, Libya, Afghanistan and Pakistan.

However, Vander Hamm said the shortage has started taking its toll and the force might need to “take some degradations in the frontline squadrons” come next year.

“What that would mean to us is that we would have to accept not being able to get forces to theater in the same time we could, which to a warfighter, that means it could cost lives in a conflict,” he explained.

Given the technological advances of fighter jets over the years, it would take years to train pilots who can deal with combat situations.

According to Vander Hamm, this year only 40 percent of American pilots accepted the bonus payment that the air force gives them after 10 years as an incentive to stay.

The report noted that the shortage has led to longer and more frequent deployments overseas, destroying the morale of the pilots.

The Air Force has asked Congress to increase the bonus from $25,000 per year to $48,000 per year as an attempt to keep the remaining pilots.