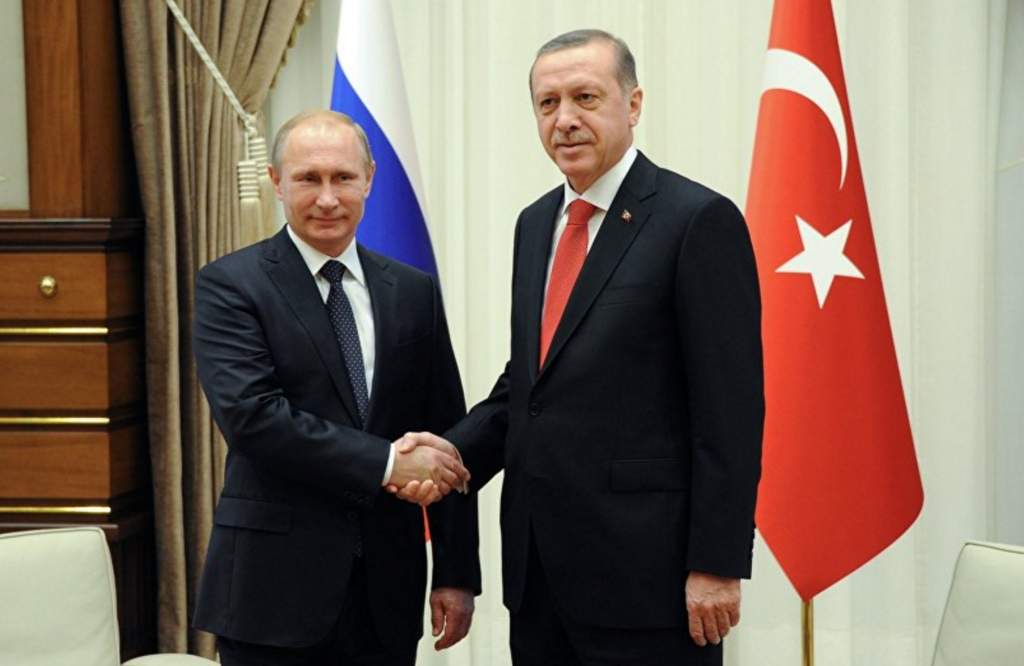 Editor’s note:  This is the Trump policy, working with Assad and Russia that he announced, thrown to the wind months before we predicted.  Cooperation with Russia is tossed to the wind as Trump junior meets with Turkish representatives and promises full NATO backing against Russia and Assad in Syria.
–
Recep Tayyip Erdogan has said that the Turkish Army entered Syria to end the rule of President Bashar Assad, whom he accused of terrorism and causing the deaths of thousands.
–

“We entered [Syria] to end the rule of the tyrant al-Assad who terrorizes with state terror. [We didn’t enter] for any other reason,” the Turkish president said at the first Inter-Parliamentary Jerusalem Platform Symposium in Istanbul, as quoted by Hurriyet daily.

Erdogan said that Turkey has no territorial claims in Syria, but instead wants to hand over power to the Syrian population, adding that Ankara is seeking to restore “justice.”

“Why did we enter? We do not have an eye on Syrian soil. The issue is to provide lands to their real owners. That is to say we are there for the establishment of justice,” he said.

He went on to say that “in his estimation” almost 1 million people have died in the conflict in Syria, although no monitoring group has provided any similar figures. The latest UN estimate stands at 400,000 people killed in the five-year civil war.

Erdogan said that Turkey could not “endure” the unending killing of civilians and “had to enter Syria together with the Free Syrian Army.”

The Turkish leader also accused the UN of inability to influence the situation in Syria and said that the organization is ineffective in its current state.

“The world is bigger than five,” he said, referring to the number of permanent members on the UN Security Council, as reported by Hurriyet.

However, many observers have said that Ankara aims to suppress Kurdish forces in Syria and prevent them from connecting three de facto autonomous Kurdish areas into one enclave south of the Turkish border.

In October, Turkey’s air forces killed between 160 and 200 fighters of the Kurdish YPG militia group in 26 airstrikes conducted in just one night. The Turkish military campaign in Syria has also led to increasingly strained relations with Assad’s government.

Ankara was forced to halt air support for its ground incursion into Syria on October 22, after Damascus vowed to shoot down Turkish Air Force planes in Syrian skies, accusing Turkey of violating its national sovereignty.

Turkey in turn accused the Syrian Army of attacking FSA fighters in the northern Aleppo province.