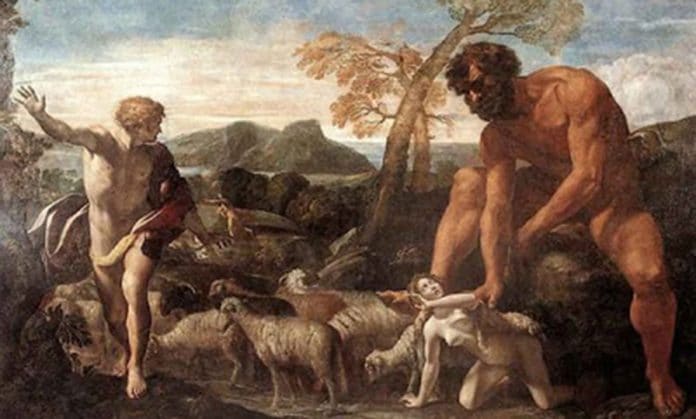 Disclaimer: Not all the views of my guests represent the TradCatKnight/Catholic position. Pray for conversions to the true Catholic Faith.
Note: Audio quality is dependent upon skype connectivity which is typically not great. Maximize the volume on both your computer and the youtube video itself.

Gary Wayne is a Christian contrarian who has maintained a lifelong love affair with biblical prophecy, history, and mythology. His extensive study has encompassed the Holy Bible and Gnostic scriptures, The Qur’an, the Bhagavad Gita, Gilgamesh and other ancient epics, language etymology, and secret society publications.

ABOUT THE BOOK:
There are giants among us, passing largely unnoticed, intent on carrying out a secret plan to enslave all humanity. They may not look like giants today, but their bloodlines extend all the way back to the Nephilim—the offspring of angels who mated with human women—described in Genesis 6 when giants roamed the land. Gary Wayne, author of The Genesis 6 Conspiracy: How Secret Societies and the Descendants of Giants Plan to Enslave Humankind, details the role of modern-day Nephilim in Satan’s plan to install the Antichrist at the End of Days.

When God cast the angel Lucifer and his followers out of heaven, Lucifer set into motion a scheme to ensure the Nephilim survived. Why? Because from the bloodlines of these Nephilim the Antichrist will come. To keep his plan alive, Satan has enlisted the loyalty of secret societies such as the Freemasons, the Templars, and the Rosicrucians to conspire in teaching a theology and a history of the world that is contrary to the biblical one.

This Genesis 6 Conspiracy marches toward the Great Tribulation, when the loyalty of the Terminal Generation—this generation—will be tested. The Bible, along with many other ancient sources, clearly records the existence of giants. Wayne provides copious citations from many society insiders, along with extensive Bible references, other religious references, and historical material to bolster his contention. What he uncovers will astonish you—and it will challenge you to prepare for the fulfilling of God’s promises.

DONATIONS:  These full length feature radio shows come to you free of charge however we go and grow as your charity flows.  Our intent is conversion to the true Faith and getting the real message of Fatima out to the mainstream.  For CASH, CHECK or MONEY ORDER contributions please send an email to [email protected]

TOPICS INCLUDED IN THIS TALK: his background and book, giants in the bible, where are they now?, there connection to the Antichrist, how tall were they really?, Days of Sodom, Days of Lot, “Ufo’s/alien propaganda, Maitreya and His Ascended Masters, new science coming?, CERN, opening the gates of hell,  new world order, mark of the beast, abomination of desolation, FreeMasonry, Our Lady of LaSalette, Fatima, phony Marian sites promoting the One World Religion, 3 days of darkness, tower of babel, Rothschild/Rockefeller connection, George Soros, economic collapse coming and MUCH more!