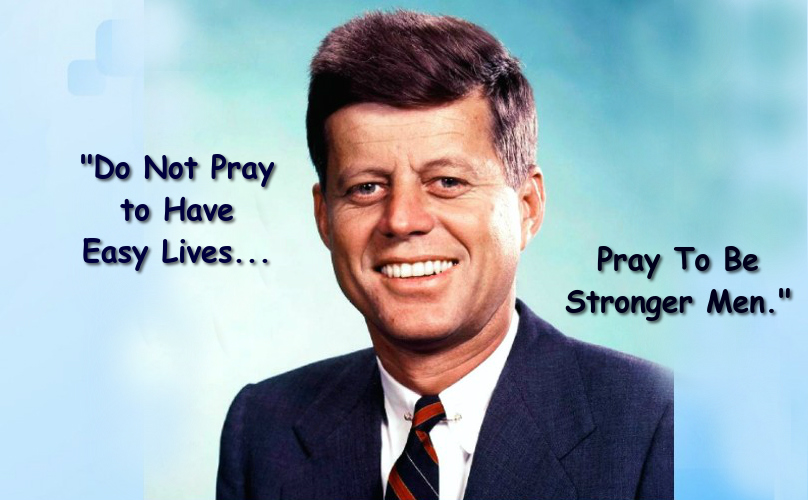 Neoconservative pundits howled when Yale historian Paul Kennedy suggested in his 1987 study The Rise and Fall of the Great Powers that America and its global Empire, like all empires before it, was in a process of decline.

The disintegration of the Soviet Union just a few years later in 1991 seemed to undermine Kennedy’s thesis, as the United States expanded its influence into the U.S.S.R’s former territories and moved on Moscow to bury the former communist economy.

However, following the financial crash of 2008 and the chaos caused by Washington’s military adventurism in Iraq and Afghanistan, the illusion of American inevitability quickly vanished.

Now, 30 years later, the idea that any empire facing unprecedented debt, political gridlock and military failure could somehow sustain itself purely on willpower and social media can only be described as delusional.

Yet, despite rising opposition to the costs and consequences at home and abroad, Washington’s demented imperialists remain committed to Unipower dominance and are desperate to force the incoming Trump administration to obey its ghost.

Understanding the forces that drive Washington’s quest for empire may appear on the surface to be limited to money and power. But when it comes to the ultimate objectives of the so called Anglo/American “deep state”, the foundations of today’s realities may be better explained by looking into the deep past.

The term Anglo/American itself bears within it a complex matrix of races, heterodox religious beliefs, families and family grudges that date back before the Norman Conquest of 1066. The army of Normans and mercenaries that gathered under William the Conqueror to invade England was drawn from across Europe, but differed little from the population of Celts, Anglo-Saxons, Danes and Normans that had already migrated there in previous centuries. The battle of Hastings established the nation of Britain as we know it today, but what remains unappreciated is the degree to which those original Anglo/Norman warrior families continue to control decision-making and remain at the epicenter of financial and political power nearly 1000 years later.

In its current expanded iteration consisting of the United States, Canada, Britain, Australia, and New Zealand; known as the “Five Eyes”, the Anglo/American “deep state” came to gain political hegemony over the world following the collapse of the Soviet Union in 1991. However, although popularly known as the “Anglo/Saxon” nations, a more accurate description of the genetic legacy should read Anglo/Norman.

In 2005, when a historian in Wexford, Ireland, discovered that President George W. Bush was a descendant of the 12th century Anglo/Norman Earl Richard de Clare, “Strongbow” it caused something of a commotion in the British press, not to mention our own personal shock.

I’d first heard the name Strongbow at the age of ten, when my family-historian-aunt told me that our branch of the Fitzgerald family had come to Ireland with him. During the 1990s, I had written a novel about his influence on the family, and here he was again staring out from the imperial White House of George W. Bush.

As Strongbow’s vassals and veterans of the conquest of Wales, the Fitzgeralds had done their share of the dirty work of empire building. After taking part in the Norman conquest of England in 1066, the family and their extended clans had become deeply entwined in Angevin family politics as part of King William I’s invasion force of South Wales.

The marriage (arranged by Henry I) of the patriarch of the Fitzgerald family, Gerald FitzWalter of Windsor to Princess Nest, daughter of Rhys Ap Tewdwr (Tudor) the last king of the Britons, cemented the Fitzgeralds to an ancient British dynasty of kings and the Arthurian legends surrounding them. But our discovery of an old book, entitled Strongbow’s Conquest of Ireland, forced us to realize that the standard historical accounts we were accustomed to have never included the deeper inside forces at work that make possible a true understanding of the past. The first Crusade to Jerusalem in 1099 came at a time of deep social unrest in Europe. Muslims occupied Portugal, Spain, Sicily and Southern Italy. Pagans warred with Christian Crusaders throughout Eastern Europe. Pope Urban II’s call for a Crusade to the holy land began a movement that would last until the failed Crusade of the Spanish Armada against Elizabeth I’s English heretics in 1588. Unlike most dry, bowdlerized accounts of the origins of British history, Strongbow’s Conquest offered a personal account by a family prelate, named Gerald de Barry (Gerald of Wales).

Gerald was also the personal tutor to the future Angevin King John and offered plenty of insight into dealing with Henry II’s internecine warfare with and among his three sons. For us, the family feuds surrounding the conquest of Ireland detailed by Gerald of Wales personalized our understanding of an historical event and the beginnings of British history. Now with the Bush connection to Strongbow came a chance to take those family feuds and track them a thousand years into the future.

Ever since John Fitzgerald Kennedy, tracing a presidential candidate’s lineage to Ireland is a common pastime. But the Guardian’s description of Strongbow as “a desperate land-grabbing warlord whose calamitous foreign adventure led to the suffering of generations” was a sadly deficient twist on what had really happened.

Strongbow was an Anglo-Norman Earl with a long Viking lineage from one of the most powerful Norman/French families in 12th century England. His grandfather Gilbert and great uncle Roger were closely affiliated with William the conqueror’s son, King William Rufus, and were among the few intimates present at his mysterious murder by Walter Tyrell in the New Forest in 1100. The de Clare brothers were never implicated in Rufus’s death, but along with a select handful of Norman barons, they gained great wealth and prominence from backing the rise of his successor, Henry I.

Evidence of heretical cult practices swirls around the 11th century court of William Rufus and his ruling nobles. William Rufus regarded himself as divine, was an avowed pagan, openly homosexual and fiercely anti-Christian. He surrounded himself with long-haired, clean shaven “effeminati”, compared himself to Alexander the Great, and acted as a patron to the Troubadours. The conquest of Wales brought him into contact with a Prince of Dyfed named Bledri, author of the original Grail romances, who remained friendly to William Rufus throughout the wars against the Welsh. Norman mercenaries who had fought Muslims in southern Italy were no strangers to dualist life-denying heresies, and neither were the courts of France from where the new English royalty drew its political base.

The threat to the Roman Church by these heresies was not a simple challenge. As described by Reverend V.A. Demant, Canon of London’s St. Paul’s Cathedral in a preface to a 1947 book on the subject titled The Arrow and the Sword, “It was in fact a rival religion, and almost succeeded in being a counter-Church with its own rival and ritual system.”

By 1170 the struggle for power within that system extended to Strongbow’s challenge to the authority of King Henry II’s House of Anjou and his threat to set himself up as a rival Norman King of Ireland. Upon his death in 1176, the challenge extended to the Fitzgerald antecedents of John Fitzgerald Kennedy.

At the behest of Strongbow, a number of Fitzgerald vassals married directly into the de Clare family line shortly after coming to Ireland and to the horror of the Angevin royal court, proceeded to establish themselves as a competing dynasty.

With political and military independence and with religious connections to Rome, the Fitzgerald’s ambitions were viewed from London as dangerous from the very beginning, and as the medieval Catholic Church evolved, that danger would grow in bitter hatred.

Strongbow had been a Crusader, served in the Holy Land and was known to be a generous supporter of both the Knights Hospitaller and the infamous Knights Templar, the warrior monks for whom the Cistercian Abbot Bernard of Clairvaux penned De Laude Novae Militiae (In Praise of the new Knighthood) thereby redefining the very nature of murder when done in the name of Christ.

The early Catholic Church was riven with multiple dualist heresies left over from the conversion of the Roman Empire from pagan to Christian. Much has been romanticized in the past decades about the Knights Templar and their supposed dedication to the divine feminine as represented by the Holy Grail. Credited with magical powers of prophecy and divination, popular mythology such as Dan Brown’s Da Vinci Code has them guarding the secrets of the Messianic Grail lineage, i.e. the royal descendants of the House of David from the marriage of Jesus Christ and Mary Magdalene.

Other supposed Templar secrets link them to life-denying Gnostic cults like the Paulicians, Manicheans and Cathars. But less has been said about the Templar’s central role as bankers to Europe’s royalty and their practice of financing wars between Europe’s rival kings and princes.

The Templar Knighthood walked a fine line between two worlds in their role as bankers and “warrior monks”, and often failed to maintain a balance between them.

The Knights Templar’s circular “Temple” in the very center of the city of London still echoes their primary military and financial role as a prototype multinational bank opening trade routes between Europe and the Middle East.

But their internecine political rivalries with the other Christian knighthoods, the Knights Hospitaller and the Teutonic Knights and their long string of military defeats causing them to lose Jerusalem, precipitated their downfall.

On Friday October 13, 1307 the French King Philip IV, who was deeply indebted to the Templars, ordered them arrested and charged with heretical practices, and on November 22 of that year under pressure from Philip, Pope Clement V issued the papal bull Pastoralis Praeeminentiae instructing all the monarchs of Europe to seize their assets.

Instead of capping a feud between the rival knighthoods and their benefactors, the dissolution of the Templars and the subsequent transfer of their vast assets to the Hospitallers by Pope Clement in 1312 would create an anti-Catholic firestorm.

The repercussions from November 22, 1307, would set the stage for the Protestant Reformation, the rise of Britain’s empire and the destruction of the competing dynasties, especially the Fitzgeralds.

Join us for the finale of this saga as we explain how this hatred for Catholic Rome would establish a life and death struggle within the European deep state. This conflict would in turn lead to the rise of a crypto-Cathar counter church, whose apocalyptic world-ending goals would finally come to fruition in the Anglo/Norman America of the present day.

PART I: When America Became the Dark Force

PART II: How Guilt, Innocence & Facts Have Been Rendered Irrelevant

PART III: Neoconizing the Just War Doctrine in the service of American Empire

PART IV: The End of Illusion

Paul Fitzgerald and Elizabeth Gould are the authors of Invisible History: Afghanistan’s Untold Story, Crossing Zero The AfPak War at the Turning Point of American Empire and The Voice. For more information visit their websites at invisiblehistory and grailwerk