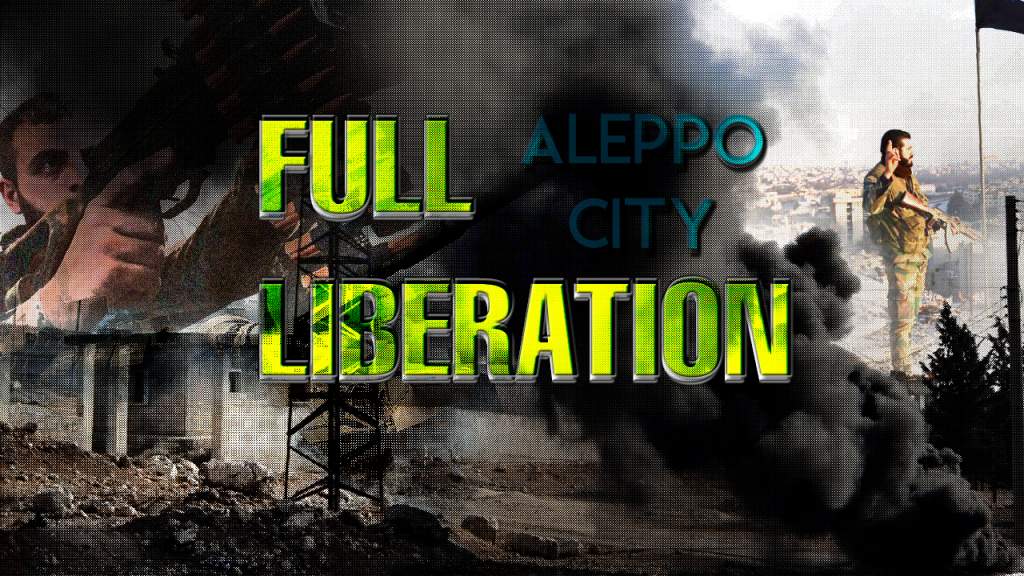 A large buildup of pro-government forces took place in southern Aleppo. Hezbollah and Harakat Hezbollah al-Nujaba deployed a significant number of manpower to the area. This move has once against fueled massive speculations in pro-government media outlets that the Syrian army and its allies are going to advance in the direction of Khan Tuman. However, this move can be hardly expected in the near future.

Now, the Syrian military’s main goal is to develop momentum in eastern Aleppo in order to push militants to surrender and to set a full-control over Aleppo city. Government forces deployed contingent in southern Aleppo to strengthen the pressure on militants in the southern part of eastern Aleppo pocket, tacking advantage on their lack of manpower and military supplies. While Jaish al-Fatah militant coalition will try repel government attacks in southern and northern directions, the Syrian military will likely launch a splitting attack in the direction of Aleppo Citadel, putting the end to the battle for Aleppo city.

Over 800 members of militant groups have laid down arms and surrendered to the Syrian government over last 48 hours.

ISIS announced on Tuesday that the terrorist group had captured 2 Turkish soldiers in the area west of al-Bab in the province of Aleppo. Later the Turkish Army confirmed that it had lost contact with 2 of its soldiers in northern Syria. The fate of military personnel is unknown.

Turkish President Recep Erdogan said on Tuesday that the Turkish Army and the so-called “FSA” entered Syria to put an end to the rule of “the tyrant al-Assad”. Erdogan’s statement highlighted Ankara’s pretension and most likely marked the end of tactical rapprochement between Turkey and Syrian-Russian-Iranian alliance over the Syrian conflict that had taken place after Moscow imposed a sanction regime on the Erdogan regime last year. Now, Turkey will most likely make an attempt to defeat YPG and Syrian government forces deployed near al-Bab to open the way to capturing of this logistical hub.

The Syrian army and the National Defense Forces have liberated the village of Mid’ani from Jaish al-Islam militants in the Eastern Ghouta region of Rif Damascus province. Government forces are now advancing Hawsh Shalaq. The Syrian military has been preparing a major military operation to restore control over the whole region and has already deployed reinforcements for this. Sources say that up to 10,000 military personnel could be involved in the offensive.

The Syrian government is setting up control over the whole Western Ghouta region. On November 28, 29 and 30 groups of Jabhat Fatah al-Sham and Ahrar al-Sham militants and their families were transferred from Khan al-Shih and Zakiyah to Idlib. Reports say militants from Muqalibah and Taiybah have agreed to hand over the villages to the Syrian government. Militant units deployed in Marranah will likely joint the deal.