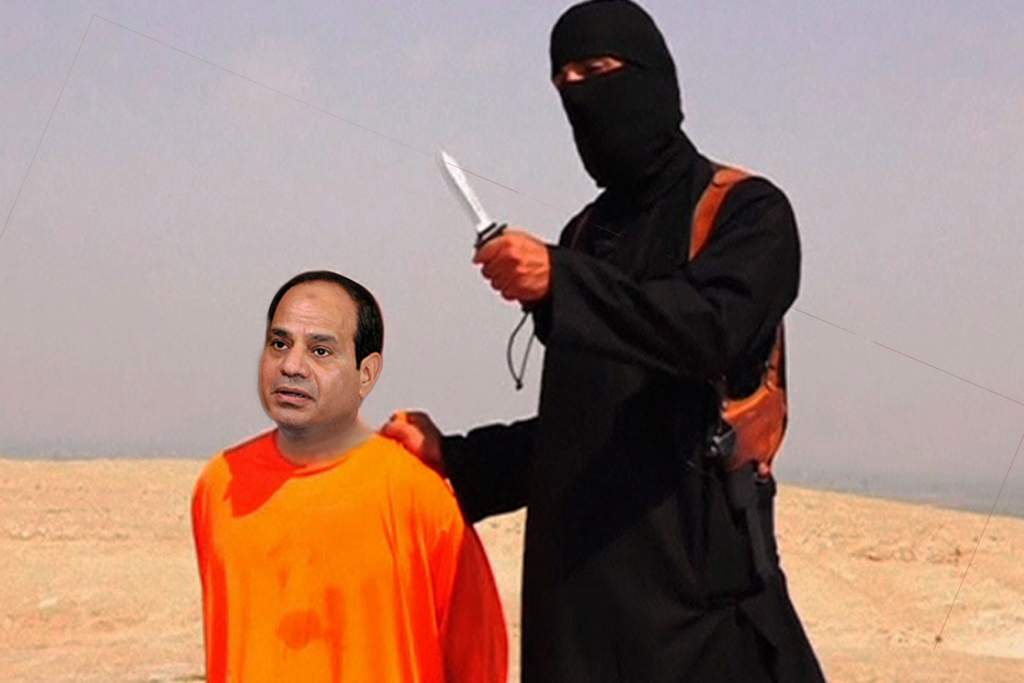 A Brooklyn imam issued what seemed to be a call to behead Egyptian President Abdel Fatah al-Sisi last Wednesday at an event sponsored by the pro-Muslim Brotherhood group Egyptian Americans for Freedom and Justice (EAFJ). Brotherhood supporters in the United States have condemned the uprising and the ousting of Morsi, which was prompted by massive street protests all over Egypt against MB rule that was bent on turning Egypt into an Iranian-model of theocracy, a Sunni theocracy that is. Three years on, the MB members still demand Morsi’s reinstatement.

“Once people pledge allegiance to a Muslim ruler, it is forbidden to revolt against him and remove him, and if anyone removes him, he should be beheaded,” Islamic Society of Bay Ridge imam Sheikh Mohamed Elbar told the EAFJ gathering in Arabic. “Do you know who ought to be beheaded? Who should be stricken with the sword or hanged or detained? He, who came to fight, and not the legitimate president Morsi.”

The Investigative Project on Terrorism obtained a recording of the event, held at the Muslim American Society (MAS) Center in Brooklyn.

Qaradawi issued a similar (Sharia derived) threat against Sisi on Al-Jazeera shortly after the 2013 uprising:

“If he, who has disobeyed the ruler, does not repent, then he must be killed. There is a legitimate ruler (in reference to Morsi) and people must obey and listen to him.”

Elbar’s mosque has a long track record of extremism dating back to the 1990s. Meanwhile, this is not the first time EAFJ was connected to threats of violence against Egypt’s military leaders.

In February 2015, EAFJ board members Hani Elkadi and Mahmoud El-Sharkawy, who appeared alongside Elbar and Sharaby at last week’s event, each posted a communiqué from the Popular Resistance Movement (PRM) which has launched attacks against Egyptian police and other targets (including military bases in Sinai).

It features an image of a blood-red map of Egypt with a fist superimposed over it. It claims responsibility for targeting two police cars. “God, martyrs, Revolution,” it said.

What infuriated the MB community in USA and their (violence-inciting) Imams even more, are the latest revelations about Egypt having sent military air support units to Syria in preparation for a large deployment early next year and its agreement to establishing a Russian (aerial) military base over its upper western coast.

The revelations come days after Egyptian President Abdel Fattah al-Sisi expressed support for the Syrian regime’s military and his unflinching alliance with Russia’s war on terrorism in Iraq and Syria.