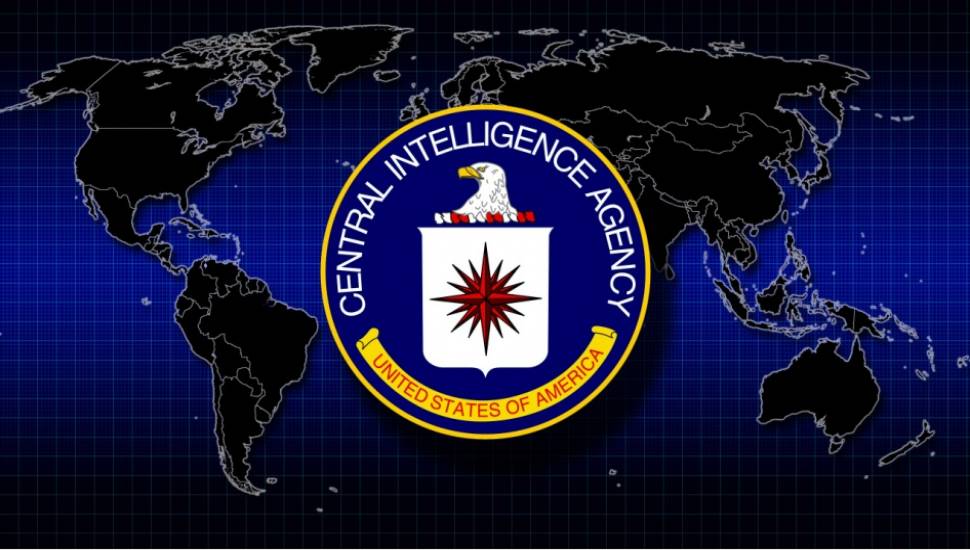 [ Editor’s Note: As we head into the last month of the year, it is usually a reflective time at VT, not only for the past months, but many years back to ask ourselves once again, “What the hell are we doing here, and does any of it really matter?”

Gordon’s muses below are a keeper, so file this away just in case it disappears by accident some day. If reading this takes you back to the days of watching One Flew Over the Cuckoo’s Nest, you are getting the picture.

The insane people could be viewed as those feeling they are living under a representative government sworn to protect the people.

The caliber of people in public life is so often so low, it makes influencing their behavior mere child’s play for those in the professional problem fixing business, an activity that to date seems to entail no risks to the fixers as their skills are widely known, both the domestic and foreign brands.

What you are about to read is the real deal, and can only be found here, as most of you know… Jim W. Dean ]

Intelligence agencies long ago became the “go to” resource for the rich and famous. You see, the rich and famous, politicians, sports figures, actors, famous journalists, newspaper publishers, owners of news networks and such, these people have different needs than the rest of us but, on occasion, make that “big mistake.” 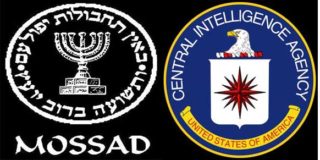 When they do, they need real help, and most of them don’t know gangsters that can murder or intimidate on demand and those who do, also know that turning your life over to amateur gangsters is risky, especially when professionals are only a phone call away.

This is where intelligence agencies step in, groups like the Mossad but the real leader in this business is and always has been the CIA. You got a problem, the CIA can fix it so long as it is in their best interests. How do we define what the CIA believe is an “interest?”

This depends on whether you see the CIA or Mossad as simply intelligence agencies or as private corporations whose business it is to manage world affairs and those little activities, such as narcotics and human trafficking, election rigging, murder for hire and false flag terrorism.

These agencies have gained control over their own governments through fixing problems that political leaders have gotten into, dead girl or boyfriends, most often the case as with Dick Cheney and Chandra Levy or as when politicians refuse a helping hand, you have Teddy Kennedy and Chappaquiddick. Are we clear?

Let’s look at more examples, starting with South Africa. Prime Minister Jacob Zuma is a classic example of a disorganized personality or as they now call them “marginals.” Back in 2005, Zuma was charged with rape. This is a brilliant guy, someone who claimed onions would cure AIDS. Yet South Africa is a powerful nation with a major military and a large arms industry. It is also the largest gold and diamond producer in the world.

For the rape charge, Zuma went to the Mossad for help. They sent teams from Cyprus to pay off accusers, rig the courts and silence political enemies. Zuma promised them the moon but welched on his promises. They retaliated by leaking his corrupt relationship with French based Thales Corporation that paid Zuma around $75k per year to funnel defense contracts to them.

Worst of all, Zuma wrote all of this down and put it in his personal diaries, which he kept in the small island nation of Mauritius in a safe deposit box. When political enemies pressured Mauritius to supply the evidence, Zuma turned to the CIA who turned to assets within the UN.

The UN then appointed a Special Envoy to intercede between South Africa and Mauritius, protecting Zuma’s documents as a “sovereignty” issue, in turn the CIA would get help in its activities in Zimbabwe.

Former Vice President Dick Cheney had to turn to the CIA again in 2010 when Nigeria tried to have an arrest warrant issued for a $180m bribery case. From the Wall Street Journal, December 2, 2010:

The indictments will be handed up within three days, said Godwin Obla, prosecuting counsel at the Economic and Financial Crimes Commission, speaking Wednesday. An arrest warrant for Cheney will be transmitted through Interpol, he said.”

While the CIA’s involvement in the Nigeria bribery case, which involved as a curious aside, the father of the infamous “underwear bomber” arrested in Detroit a year before, these connections were never made by the press.

When Alhaji Umaru Abdul Mutallab’s son was arrested, the former Nigerian Minister of Economic Development fell under the control of the CIA. Prior to this, Mutallab, a reputed longtime Mossad asset, had laundered Saudi money through Nigeria for terror groups including some reputedly involved in 9/11.

Thus we can see how terror assets can be passed around like party favors. The South Africa blackmail scandals, however, carried over to Zimbabwe and even Iraq and became part of the sprawling tale that led to the wars being fought today.

The story now involves a John Braedenkamp, reputed to be a Zimbabwean “nuclear proliferation fixer” according to British intelligence, whose assets had been seized at CIA orders. Rumors were that Braedenkamp was being blackmailed into providing stolen nuclear weapons, to the Mossad, some for transit to North Korea, another blackmail deal. See where this is going?

Simultaneously, the CIA and Mossad were blackmailing Saddam Hussein, claiming they were ready to report to President Bush and Prime Minister Blair that Iraq had nuclear weapons. Of course the CIA and Mossad had long blackmailed both Bush and Blair, rumors of their personal indiscretions was legendary in the “pre-Trump” years at least.

The “shock and awe” attack by Britain and the US on Iraq was secretly in response to these “stolen nukes,” reputed to be moved around Iraq in ambulances “45 minutes from deployment.” Of course all was blackmail and fraud by the CIA, not simply “sexed up” intelligence reports. This is why the Chilcot Inquiry has never been allowed to conclude properly.

On a smaller scale, the CIA in particular, gets involved every day in domestic American issues. For years, the CIA maintained US based capabilities. After Vietnam, the CIA took on over 1000 “special operators” who had served in Vietnam, some with the Phoenix Program, mostly assassins, and others specialists in covert operations.

Most were in American universities, some recruiting assets from among foreign students, others working clandestine domestic tasked prohibited by law.

Additionally, the CIA long maintained a covert operational center in Manhattan, reputedly on 3rd Ave. near the United Nations headquarters and similar facilities in Miami, Houston and Los Angeles, all dedicated to domestic operations prohibited in their charter.

A regular call to an American president would be from major financial supporter. The problem could be blackmail or simply an SEC (Securities and Exchange Commission) investigation. The CIA would get a call from a White House intermediary, usually a private law firm in Washington, and Langley would assign a “deniable asset” to take care of the problem.

Today the FBI does this work but years ago, the old FBI was known as “boy scouts” and above blackmail, torture and murder, things the CIA had always done quietly that, after 9/11 became public to the point that the CIA even sought legal justification for kidnapping and killing American citizens within the United States. Attorney General Gonzales issued an opinion that the CIA could kill whomever it chose simply by labeling victims “enemy combatants.”

This led the FBI into wanting to get into the business as well, not wanting to be overshadowed by the CIA as leaders in the “murder for hire” industry.

Anyway, a typical call would come in, asking for help in an investigation. One such call, during the Reagan years, involved an oil platform service company whose chairman faced criminal charges tied to a bribery scandal in Ohio over gas pipelines. The CIA “fixed” the federal charges but in return gained control of the offshore fleet that serviced the oil platforms.

The CIA, at least within the organization, used the rationale that the boats would service the “contras” fighting in Nicaragua. In reality, the boats which were capable of offloading covertly in Louisiana bayou docs, offloaded tons of CIA cocaine, yes, this is the cocaine that fake news reports said landed by plane in Mena, Arkansas.

The CIA and even the Mossad gained huge power in both Britain and the US over high level pedophile rings, which in Britain were exposed during the Murdoch/News of the World “phone hacking” scandal.

Murdoch has long been, not just a Mossad asset, but at the heart of that organization and the “phone hacking” was not only against political leaders but Britain’s royal family and security service officials as well. What went on in Washington was reputedly worse, penetrating even America’s nuclear weapons commands.

On the bright side, with Trump likely to come to office, despite calls for a vote recount, his highly public personal scandals and those of his top appointees make them virtually immune to blackmail. There is little an American leader can’t do or to paraphrase Trump, one could literally shoot down people in the streets and get away with it.

As to whether this will block the CIA or Mossad’s efforts to control the new administration in Washington, the jury is till out.

Gordon Duff is a Marine combat veteran of the Vietnam War that has worked on veterans and POW issues for decades and consulted with governments challenged by security issues. He’s a senior editor and chairman of the board of Veterans Today, especially for the online magazine “New Eastern Outlook.”
____________