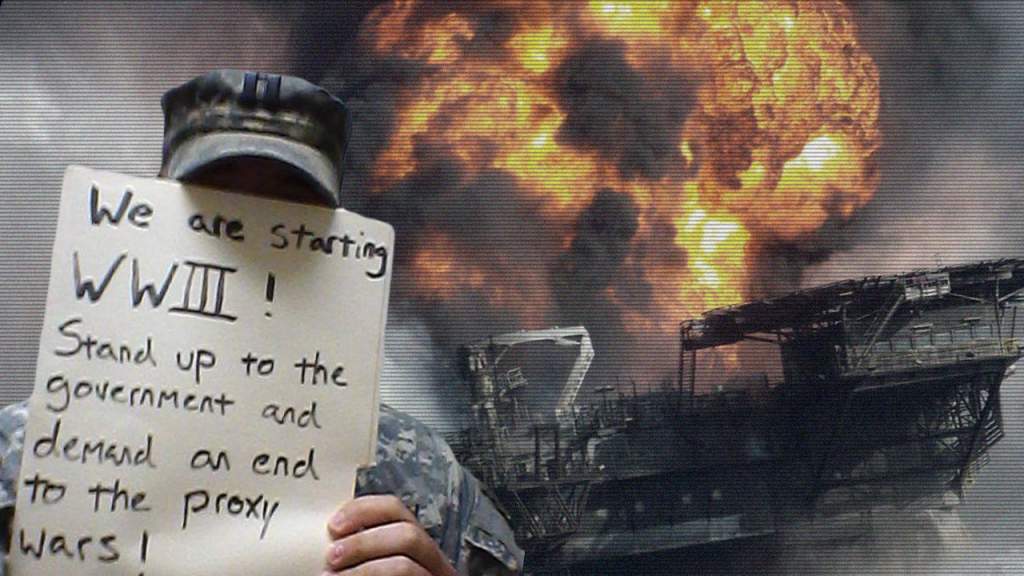 [ Editor’s Note: The danger of the Trump team is finally coming out into the open. The rumblings from his grass roots supporters have started, the dummies who got suckered with his snake oil pitch about draining the swamp and making America great now have to take their bitter medicine.

He is going to make it great alright, great for his real backers who are so self-assured that they are coming out front and center. They are convinced that the public is so stupid, so beaten down, that no extreme measures have to be taken to hide their intentions. They can wee wee on our shoes, hire a PR team to tell us it’s raining, and more than 51% will buy it.

After all, the American public is the same one that swallowed a 9-11 commission report without a whimper, even after several of the commissioners admitted that it was a fraud by stating on speaking tours that they knew witnesses perjured themselves and withheld evidence, but none of that was illegal, as no testimony was taken under oath.

VT warned that if they got away scot free, as they did, they would be back later to give us another dose. And as the famous line from the little girl from the movie ET, “They’re heeerre!”

The duped grassroots folks will raise a little hell, but will be ignored again. Their lost support for Trump can easily be replaced by the huge gravy train that is now in play. The masses will be fed their dead-end wedge issues to keep them happy, while the mega thieves steal everything they want.

Forget about any Justice Department or Supreme Court protection if Rudy Giuliani and the next Federalist Supreme Court judge are put in place. It will be all over but the crying… Jim W.  Dean ]

In the past few days, there have been monumental but unreported, unevaluated and even unseen events that make the world war a near certainty when and if Trump becomes the American president.

Behind the scenes, the neocon cabal that many believe staged 9/11 and that certainly fabricated the casus belli to justify what was intended to be an American conquest of Central Asia, has now emerged as the real power behind Trump.

Behind it all, the usual cast of players, most visibly Israel’s Netanyahu, who had kept his head down after warnings from Russia but whose air force began bombing Syrian positions today, another betrayal of a deal made with Putin and most likely green-lighted by Trump.

How could so many people be wrong? One explanation could be through extrapolation of the fake news phenomenon. Fake intelligence has been the watchword since the first days of the Bush (41) administration, when the neocons now creeping back into Washington behind their stealth candidate, Trump, tried first to burn down the world.

With the November 25, 2016 announcement by Erdogan that he has scrapped his deal with Russia over cooperation with Syria and plans to move to oust both Assad and Russia from Syria, war with Turkey and perhaps NATO as well, is a near certainty.

In Washington, unconfirmed but probable President Elect Trump has surrounded himself, with the exception of National Security Advisor Mike Flynn, with Russia haters. Leading the list is Congressman Mike Pompeo who is slated to head the CIA.

Pompeo, with a razor thin CV, believes defeating ISIS can only be accomplished by invading Iran, who he insists is their primary supporter.

With strategic analytical capabilities like this, terrorism could have no better friend than Pompeo at CIA.

With Georgia’s Israeli backed move against Russia in 2008, the new “axis of evil” in the region, Ukraine, Turkey and Georgia are likely to target Armenia and offer it to the US as a base of operations for Trump’s proposed invasion of Iran, cornerstone of his planned upcoming regional war in Asia.

From F. William Engdahl, an assessment that cannot be ignored:

“I state clearly my conviction, and please recall this as Trump Presidency policies unfold after January 20, 2017 to see if I am correct or not: Donald Trump was put into office to prepare America for war, a war the banks of Wall Street and the US military industrial complex are not presently in a position economically or industrially or otherwise, geopolitically, to win. His job will be to reposition the United States for them to reverse the trend to disintegration of American global hegemony, to, as the Dick Cheney, Paul Wolfowitz Project for the New American Century put it in their September, 2000 report, “rebuild America’s defenses.”

To do that preparation, a deception strategy that will fatally weaken the developing deep bonds between Russia and China will be priority. It’s already begun. We have a friendly phone call from The Donald to Vladimir the Fearsome in Moscow. Russian media is euphoric about a new era in US-Russia relations after Obama. Then suddenly we hear the war-mongering NATO head, Stoltenberg, suddenly purr soothing words to Russia.

Float the idea that California Congressman and Putin acquaintance, Dana Rohrabacher, is leaked as a possible Secretary of State. It’s classic Kissinger Balance of Power geopolitics–seem to ally with the weaker of two mortal enemies, Russia, to isolate the stronger, China.

Presumably Vladimir Putin is not so naïve or stupid as to fall for it, but that is the plot of Trump’s handlers. Such a strategy of preventing the growing Russia-China cooperation was urged by Zbigniew Brzezinski in a statement this past summer.”

In the US, advisors for presidential candidate Hillary Clinton have stopped just short of openly accusing Russia of hacking the American election and are now claiming “outside sources” are responsible, they mean Russia. In Germany, the same process is going on, Russia is being accused of planning to hack their upcoming elections as well.

These accusations are nothing new and blaming Russia has been a game that has gone on for decades but the circumstances today are much different. Russia has real reason to fear the outcome of both American and German elections, particularly with Turkey now approaching a “red line” in Syria, directly challenging vital Russian national interests.

Turkey has also been involved in Ukraine and Turkish “Grey Wolves,” government sanctioned terror groups, have been deployed to threaten Crimea, this done during the supposed “rewarming” of relations between Ankara and Moscow.

For Russia, seeing Clinton in the presidency and Merkel back in power in Germany, raised the potential for broad NATO support against Russia on behalf of Turkish expansionism.

More frightening, perhaps, is Trump’s bellicose moves against Iran. Sources report that Trump sent his son, Donald Jr., to meet with Turkish representatives to discuss joint operations against Iran and that Erdogan’s announcement scrapping his deal with Russia is a direct result of that Paris meeting.

All this occurred only 24 hours after Tehran announced a warming in relations with Turkey, a new diplomatic initiative that lasted one day.

Few, with the exception of Engdahl, have bothered to note the inconsistency in announced Trump policies involving Saudi Arabia. With Saudi cash and the powerful Israeli and Turkish machines in Washington vetting Trump appointments, the agenda is clear, a return to the plan outlined by the Project for a New American Century, with America’s military serving as “thug power” behind an international criminal cabal.