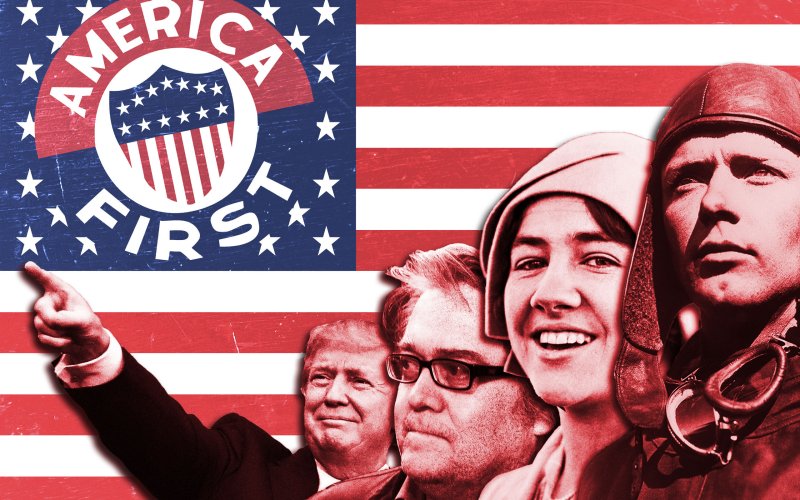 If they raise their right arms and chant “Hail Trump” (carefully avoiding the Heil) are they really Nazis?

It’s springtime for people like Richard Spencer’s odious column of avowed alt-right racists, who felt that they could openly make the salute at a Washington, D.C., meeting. Although by any account they are at the outer limits of neo-fascist hate mongering they reflect a new energy as hate crimes flourish across America.

But we should exercise extreme care when invoking the Nazi connection. It’s just too simple to resort to German history when instead we should be looking at American history. This stuff has happened here before. Once put in the context of American rather than European history the comparisons are more instructive—and more alarming.

In 1936, as the Nazis consolidated their total grip on Germany, the Nazi philosophy and insignia, including the Hitler salute, were promoted and paraded here by the German American Bund. The Bund had training camps in several states and attempted to reconcile their anti-Semitism with patriotism by declaring that George Washington had been a fascist.

Some 20,000 supporters attended a rally at Madison Square Garden in 1939 where the leader, Fritz Julius Kuhn, called the New Deal the Jew Deal. There were clashes between anti-Bund protesters and Bund storm troopers.