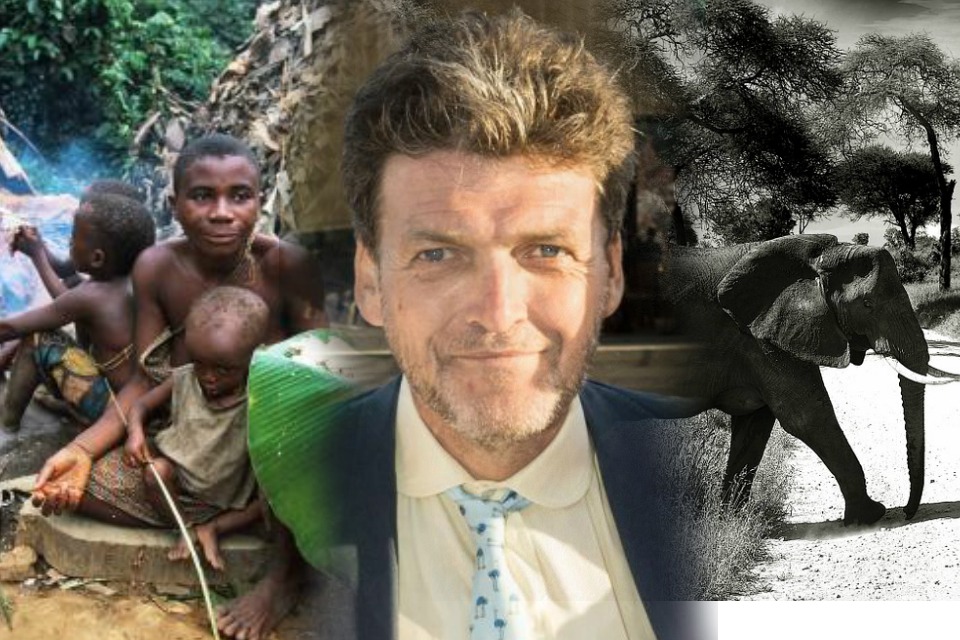 Editor’s note:  I do so hate working this side of the street but, according to reliable very high level sources, Jacob Rothschild, on his 25th birthday, went through an “infestiture ceremony” on the island of Corfu. 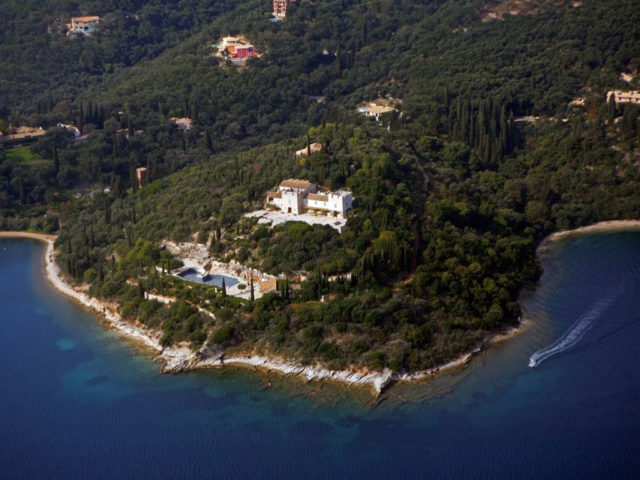 Prominent members of key organizations dealing with things that don’t exist and aren’t real, according to common beliefs (except for organized religion), were invited to watch Jacob Rothschild “partner” with what his family refers to as a “non-corporeal entity” that protects and promotes members of the family.  Sources say this tradition, once the source of tales about witchcraft and such, is centuries old.  The story below is consistent with the wild and improbable tale we had been told in strict confidence.  Our source said that, real or not, the Rothschild family is obligated to cause as much suffering as possible in order to “sustain” the “energies” of the “non-corporeal entity” that infests each family member.  Note that while being briefed on this, when I mentioned that this sounded to me like the stories of demonic possession I heard from former Vatican exorcist Malachi Martin I was strongly rebuked for my “primitive beliefs.” What is it Jim W. Dean so often says?  If only 1% of what is alleged about the Rothschilds and their promotion of war and suffering is real, we may have reason to seek alternative motivations when examining otherwise inexplicable world events, if you get my inference.

This “Petting Zoo” for elephant slaughter gets 55,000 per animal slaughtered.  Donald Trump Jr. is a big supporter of such schemes and the Trump family is, according to sources, considering adding this facility to their worldwide resort portfolio.  Ethnic cleansing and facility security is subcontracted to, wait for it…al Qaeda, who else.

According to a number of media outlets, international banker Benjamin de Rothschild is expelling Baka pygmies from their land in Cameroon in an effort for his company to operate an elephant hunting safari in the area.

Not only has Rothschild expelled the Pygmies, but he has also led an effort to beat and torture them in the process. Survival International, an indigenous advocacy group, published statements in early November from the alleged victims of Rothschild and his business.

“They beat us, they searched for us, they set their dogs on you, their guns on you,” said one member of the Baka who also claimed that his fields were burned.

Another man stated, “They told me to carry my father on my back. I started walking, (the guard) beat me, he beat my father. For three hours, every time I would cry out they would beat me, until I fainted and fell to the ground with my father.”

According to teleSUR, the Baka are not allowed to hunt, visit religious sites or collect plants on their own land as it is now occupied by Rothschild’s tourist camps.

Rothschild’s company has, according to teleSUR at least two protected ancestral plots and uses the land to allow wealthy tourists to hunt wild animals at $50,000 per hunt.

Interestingly enough, the World Wildlife Fund which claims it has a major presence in Cameroon in order to combat trophy hunting, has not responded to Survival International.

This is not surprising since the World Wildlife Fund is supported by the Rockefeller family and a host of oligarchical families and major corporations. It is, in a sense, an organization of stealth designed to parade about as a pro-environment, pro-animalorganization but in reality, is a tool of the 1% to gain control of wildlife and wildlife refuges for the benefit of international banks and corporations.

It is also unlikely that the World Wildlife Fund cares very much about elephant trophy hunting when its own trustee, Peter Flack, openly brags about killing elephants in Africa and Cameroon specifically.

This article (Pygmies of Cameroon Tortured and Expelled for Rothschild Elephant Hunting Scheme) can be republished under a Creative Commons license with  attribution to Brandon Turbeville, source and Natural Blaze.com, keeping links and bio intact.

French Banker Goes to War on Cameroon Indigenous Over Elephants

The Indigenous Baka group have been threatened and tortured so that he can establish a tourist safari to hunt elephants.

French banker Benjamin de Rothschild has allegedly led an effort to beat, torture and expel Baka “Pygmies” from their land in Cameroon to make room for his company to operate a safari to hunt elephants.

US Sends Drones, Troops to Cameroon to Fight Boko Haram

Indigenous advocacy group Survival International published statements this week from victims of Rothschild’s enterprise, which leased two protected ancestral plots for tourists to hunt the wild animals for US$55,000 and bring back their parts as trophy.

The business also breaks international law by employing soldiers, police and forest guards to threaten the Baka peoples with arms.

“They beat us, they search for us, they set their dogs on you, their guns on you,”said one member of the Baka to Survival International, who added that his fields were burned. The Baka are not allowed to hunt, collect plants or visit religious sites on their own land, now occupied by the tourist camps.

”They told me to carry my father on my back. I started walking, (the guard) beat me, he beat my father,” said another Baka man. “For three hours, every time I cried out they would beat me, until I fainted and fell to the ground with my father.”

The Indigenous Cameroonians wonder how they will live and sustain themselves if their lands are occupied by what one of its workers called “luxury forest camps”—fully equipped with “solid construction, air conditioned with private chalets with full bathrooms and dressing parlors,” said a booking operator.

The Worldwide Fund for Nature (WWF), which says it has a significant presence in Cameroon against trophy-hunting, would not respond to Survival International. Its trustee, Peter Flack, has been known to hunt elephants in the region.