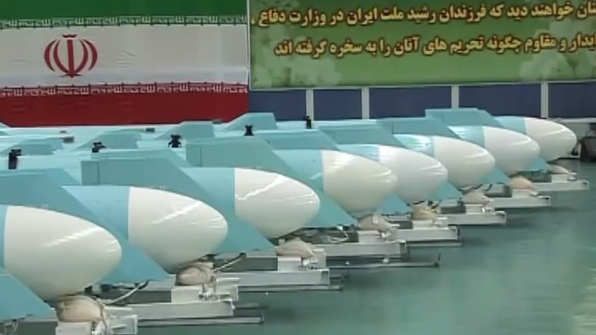 Iran has managed to increase production of ballistic missiles despite budget constraints by streamlining the manufacturing process, the commander of the Iranian Revolutionary Guard Corps’ air and missile force said.

“In addition to enhancing the precision-striking power and quality of ballistic missiles, the Iranian authorities and experts have used innovative and shortcut methods to produce inexpensive missiles, and today we are witnessing an increase in production [of ballistic missiles],” Brig. Gen. Amir Ali Hajizadeh said in Tehran on Tuesday, as cited by Fars News Agency.

Iran, cut off from weapons markets and finding its more advanced technology such as fighter jets left without maintenance or resupply after the 1979 Islamic Revolution, pursues domestic production of all the systems it needs for national defense.

The development of rocket technology is part of this effort, which pits Tehran against its regional rivals Israel and Saudi Arabia. The US, an ally and major arms supplier of both these countries, has consistently imposed sanctions against Iran over the development and testing of ballistic missiles. This policy has not changed, even after last year’s historic nuclear deal which eased concerns over Iran’s potential to develop nuclear weapons – an ambition that Tehran denies ever having.

The tension is expected to escalate further under the administration of President-elect Donald Trump, as both he and politicians slated to form his cabinet have criticized the nuclear deal.
Last week, the Republican-controlled US Senate voted unanimously for a 10-year extension of anti-Iran sanctions, shortly after overwhelming support for the move in the House.

Iranian Supreme Leader Ayatollah Khamenei, who views the nuclear deal with skepticism, earlier warned that the passage of the Iran Sanctions Act would not go without retaliation.