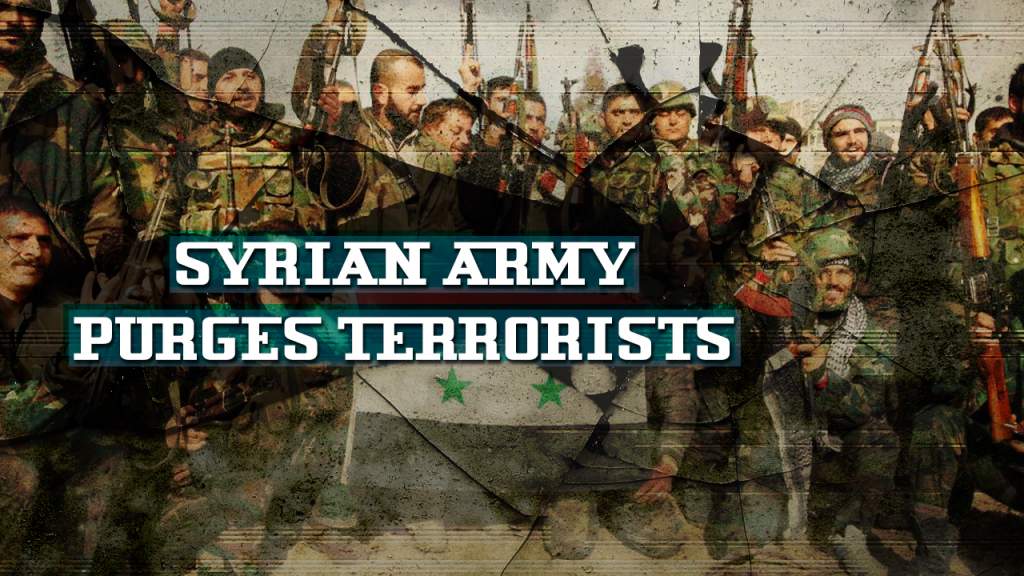 Jaish al-Fatah and Fatah Halab militant coalitions’ defenses are collapsing in the Syrian city of Aleppo under the pressure of pro-government forces.

Late on December 6 and early on December 7, the Syrian army, the National Defense Forces (NDF) and Liwa al-Quds set control over the areas east and north of the Aleppo Citadel and seized the almost whole neighborhood of Old Aleppo, including the Umayyad Mosque. The advance took place amid a panic in the rebels’ ranks and reports that now the so-called “moderate” opposition is ready to discuss a deal on withdrawal from the city.

A big group of Fatah Halab (a local coalition of militant groups in Aleppo city) fighters even surrendered to government forces near the Aleppo Citadel. The army and its allies are developing the advance against militants.

US Secretary of State John Kerry announced on Tuesday that he expects to meet with Russian Foreign Minister Lavrov later this week for further talks on a proposal for the rebels’ departure and is “not aware of any specific refusal” to follow the initially discussed agreement. Earlier on Tuesday Lavrov said that the US withdrew its initial proposal on militants withdrawal and wants to suggest new terms and conditions that the Syrian-Russian-Iranian alliance will have to follow in Aleppo. This US move faced a hardline reaction in Moscow and the Russian minister announced that all militants refusing to leave Aleppo will be eliminated. It looks Kerry is busy as a bee in his attempt to save al-Qaeda linked militant factions in the city. However, he has little chances to achieve this goal.

When Aleppo is liberated, over 25,000 pro-government fighters will be free to participate in further operations against militants across the country. The most likely direction of the next major advance of government forces is the province of Idlib. The storm of al-Bab is less likely because this could lead to a significant escalation with Turkey.

Last week, the US House passed a defense bill that included language authorizing supplies of anti-aircraft missiles to rebel groups fighting in Syria, The Washington Post reported Tuesday. On Friday, the bill passed in the House 375 to 34 and could be voted in the Senate within the week. If the bill succeed, it would be a green light for supplies of MANPADs to so-called “opposition factions” in Syria. There are no doubts that as result missiles will be received by Jabhat al-Nusra and other al-Qaeda groups, as a major part of the all previous weapon delivers to rebels. This will pose a major threat to the aviation in the region.