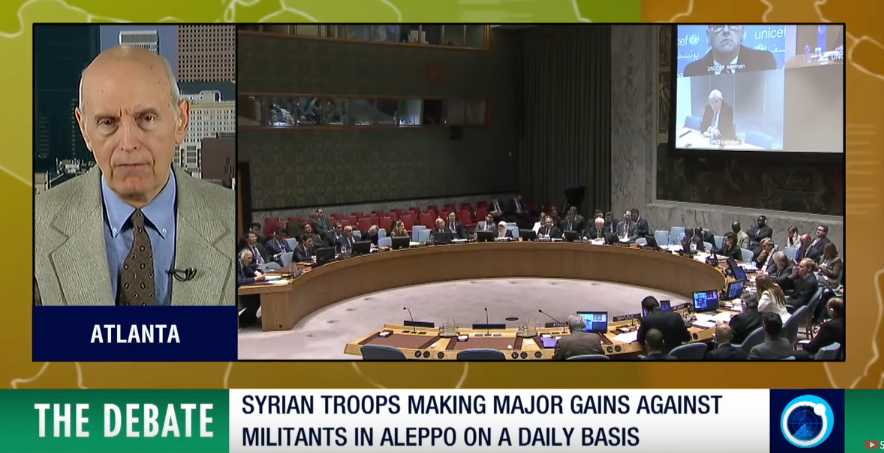 [ Note: In the days since this Debate Show was aired, the Syria Army has taken a large chuck of East Aleppo. As the jihadi perimeter shrinks, it allows the Syrian Army to attack from multiple directions, which the Jihadis have not been able to stop.

As their pocket becomes smaller and smaller, they will have tighter interior lines. Will they have sufficient ammo to make a last stand? Do they want to die with their boots on, or fight to the end and then take the offer to walk out to an R&R resort in Turkey and live in the deluxe suites because they fought to the end?

Or will they surround themselves with their Aleppo human shields and try to kill as many of them as possible, and have that blamed on Assad with the dependable help of Western media?

As Churchill once said, “This is not the end, but it is the beginning of the end”. But I fear not in this case as I don’t see Turkey ever pulling out of the areas in Syria it has taken.

And, as the US has already said in Iraq, after Mosul is retaken, US troops will remain to keep training the Iraqi army, as if after all of this fighting, the Iraqis don’t have competent trainers themselves. Once you let Americans in, it’s hard to get rid of them… JD ] 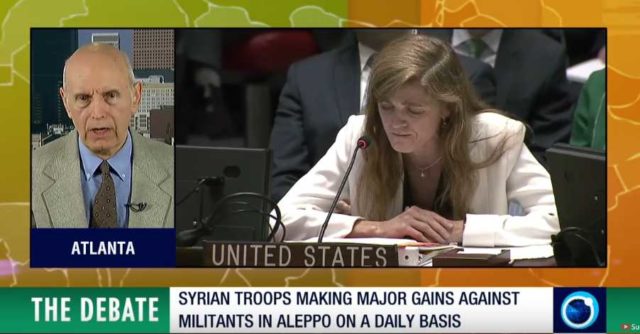 New Zealand, Egypt and Spain have tabled a joint resolution on the Syrian crisis with the UN Security Council, demanding a 10-day humanitarian ceasefire for the city of Aleppo.

The resolution has been backed by the US, France and Britain with French Foreign Minister Jean-Marc Ayrault saying the UN should “put in place means to end the hostilities and to allow humanitarian aid to get through unhindered.”

Russian Ambassador to the UN, Vitaly Churkin said that the attempts to define a moderate opposition concept in Syria separate from terrorist groups have failed. It seems attempt to liberate Aleppo annoys the West.

The West would seemingly rather have foreign backed militants intertwined with internationally labeled terrorist groups control the city than to have the country’s own army provide humanitarian corridors & aid for its own peoples.

In this edition of the debate, we will discuss Aleppo and its latest developments.