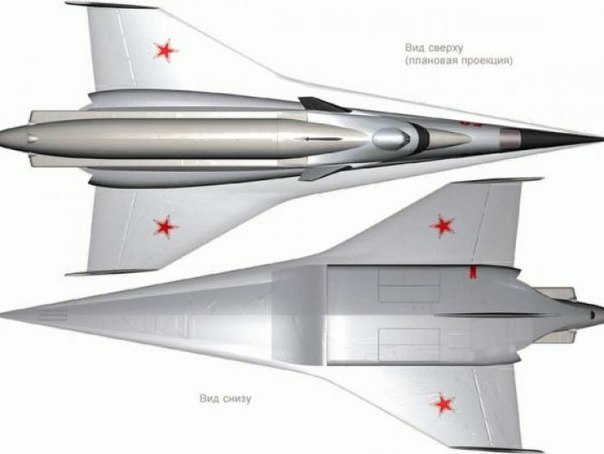 This top-secret aircraft, known as the U-71, is part of Project 4202 of the Russian missile program. There is very little information about the aircraft. Supposedly, the aircraft can develop the speeds of up to 11,000 kilometers per hour. This glider aircraft is also said to be super-maneuverable and capable of entering near space.

The tests of the new aircraft still continue, although it is already believed that Russia will take a nuclear advantage of the USA with the help of the new type of weapon by 2025.

“The arms race at the end of the last century gave an opportunity to our country to leave NATO countries behind in the development of the defense industry and create fourth-generation weapons,” Deputy Prime Minister Dmitry Rogozin said. “The fifth generation, let’s be objective, for a number of understandable reasons related to the collapse of the Soviet Union, was stuck on the level of design offices. The current task of our defense industry is to enhance fifth-generation weapons and take a step into the future. We need to work on the sixth and the seventh generation. We already have such developments, and they are very successful, I have to say. Those are absolutely new and sometimes unpredictable weapons,” the official said.

Most likely, Mr. Rogozin spoke about a hypersonic aircraft capable of carrying a nuclear warhead – the U-71.

The information about the project leaked only in February 2015. Pentagon officials admitted that the new Russian weapon would ruin the plan for a missile defense system around Russia. To make matters worse, the new weapon would make the USA absolutely defenseless.

The U-71 is a hypersonic aircraft equipped with electronic warfare system. It will be able to fly across the USA in minutes and disable all electronic detection stations on the way.

According to NATO, up to 24 hypersonic aircraft are likely to be deployed from 2020 till 2025 in one of the regiments of the 13th Missile Division of the Russian Space and Missile Troops in the Orenburg region. From this region, a U-71 will be able to reach Washington in 45-50 minutes, New York – in 40 and London – in 20 minutes. It will be impossible to either detect or intercept the aircraft.

If Russia’s Strategic Missile Forces pass into service missiles with hypersonic warheads by 2025, it would be a serious claim for Russia to make. Russian hypersonic vehicles will play the role of the new trump card for talks with Washington. As experience shows, one can make the Americans negotiate only if one builds a weapon that frightens the Pentagon.

It is no secret that Russia also develops hypersonic cruise missiles that can reach targets at low altitudes. It will be practically impossible for prospective missile defense systems to strike them because the missiles are, in fact, aerodynamic targets. Their interception is possible only within the limits of 700-800 meters per second. Additionally, an antimissile should be capable of hard maneuvering.  For the time being, NATO does not have such missiles.

Noteworthy, the USA and China also develop their hypersonic aircraft similar to Russia’s U-71. The Chinese development is known as Wu-14. This is also a glider aircraft that China tested only once in 2012. Like the Russian glider, the Chinese vehicle was able to maneuver at a supersonic speed of 11,000 kilometers per hour. It is unknown, however, what weapons the Chinese aircraft carries.

The achievements of American engineers are much more limited. Several years ago, hypersonic drone Falcon HTV-2 lost control during the 10th minute flight and crashed.