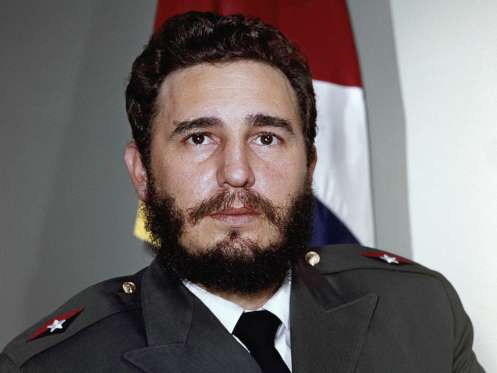 America, the great democracy, could never find a dictator it did not like. Of course, there are always exceptions to the rules, and the exception is Fidel Castro.

Too bad, the man who “liberated” Cuba from the America mafia of gambling, prostitution, and plantation slavery went on to become its new dictator.

No one can deny that Castro did many good things for Cuba. He re-invented its education, making sure every Cuban regardless of age or location is able to have basic education. He did the same thing, introducing basic health care system that is envy to many countries around the world especially developing countries, and he ended the practice of slavery in the sugar plantation.

Of course, Fidel Castro inspired “revolutionary leaders” around the world mainly in Latin and Central America, which for the most parts were ruled by the dictatorship that America loved and sponsored. A dictatorship that killed hundreds of thousands, looted the country, putting all the stolen wealth in a safe haven in South Florida. However, his success ended here.

Castro did not loot the country for his own private purpose, and he did not take over plantation or expropriated properties for himself or his families and did not have secret accounts in Zurich or Panama. He looted the country on behalf of the state, with the state becoming the owner of the entire country, ending private ownership. He nationalized anything and everything, keeping the poor, poor and making the rich poor, equality of misery and needs, Soviet style.

While he liberated the people of Cuba from colonial and neoliberal capitalism, he did not provide his people with the vision, nor the standard of living of the “socialist-capitalist” states, such as in Scandinavia, where the quality of life is high and where government services are exceptional, including quality education and health care, and where productivity is unmatched. He could have done that, but he didn’t. His style of Communism put Cuba in a time machine that stopped in 1962.

While delivering to Cubans the “safety net” all societies must have, he robbed Cubans of the very freedoms they fought for. Freedom of speech, assembly, elected and accountable government. Every right must be processed through Cuba’s Communist Party.

The Cuban community of South Florida is anti-Castro not because of the rights and liberties it lost, but because it lost many of the privileges it had during the Batista regime.

Castro is not the only dictator to rule, but he ruled longer than any other dictator. Many dictators ruled for a generation, and exercised the right to rob and steal, to loot and jail, and to exile, assassinate and murder; dictators like Anastasio Somoza of Nicaragua, General Pinochet of Chile, Ferdinand Marcos of the Philippines, the Shah of Iran, Saddam Hussein of Iraq, Assad (father and son) of Syria, Muammar Qaddafi of Libya, Ali Saleh of Yemen, General Suharto of Indonesia, Noriega of Panama, Hosni Mubarak of Egypt, Bin Ali of Tunisia, and of course Yasser Arafat, a fraudster who looted billions and came back only to manage the Israeli Occupation.

All of these dictators were the darlings of either the US or the Soviet Union. No need to mention many of the petty dictators of Africa — the likes of Teodoro Mbasogo of Equatorial Guinea, José dos Santos of Angola, Robert Mugabe of Zimbabwe, Sani Abacha of Nigeria, Jean-Pedal Bokassa, and of course the infamous Mobutu Sese Seko of the Congo — sponsored by the colonial powers of France and Belgium and the US. Dos Santos was a big ally of the former Soviet Union and an ally of Fidel Castro who sent Cuban troops to fight along his side.

Not Just Run of the Mill Dictatorships

As Castro was an exception to the rule for America’s fondness for dictators, there were two other dictators who were the exception to America’s rule about dictators; and they were exceptional in many ways, in that they did not rob, fleece or loot their country and did not create a “personality cult” around them — they built their nation, rather than destroying it. These exceptions are:

General Park Chung-Hee ruled South Korea for many years with an iron fist. He did not make the jails overflow with prisoners and dissidents, and he did not loot the country and deposit its wealth in a Swiss bank account; but he is credited as the one who made South Korea into the industrial power it is today. He ushered the Korean Tiger economy by supporting capital investment in heavy industries, such as steel, shipbuilding, electronics and consumer goods through the establishment of an Economic Planning Board, Ministry of Trade and Industry and Ministry of Finance, all working together to make South Korea the economic tiger it is today. Of course, as a dictator he was assassinated, not because of corruption, but because of his heavy-handedness in running the state. South Korea continued on its path of industrialization irrespective of its political upheaval, but nothing so serious that would make South Korea a failed state.

Thanks to this man, Singapore ranked 11 in the UN Human Development Index, beating many European countries, and is ranked first in Asia in education, health and quality of life; certainly first in personal public safety and quality housing.

More important, Singapore is considered the least corrupt country in the world, according to Transparency International, beating the US and many European countries. The late Mr. Yew is known to have said, “ending corruption starts at the top” and this is what many countries in the Middle East, Africa, and Latin America, and Europe fail to understand. Singapore is a model society, where multi-racialism flourishes, and where “meritocracy” takes its true meaning.

Keeping in mind until the very recent past, Europe has it own dictatorships, such as General Tito, whose death participated the break up of the Yugoslav Republic and precipitated one of the ugliest civil wars in Modern European history. And we remember the infamous Oliveira Salazar, who ruled Portugal with an iron fist, jailing and murdering tens of thousands of people. And we remember General Franco of Spain, who handed over the reins to the young Juan Carlos; while the Spanish Civil War between Royalists and Republicans cost one million lives.