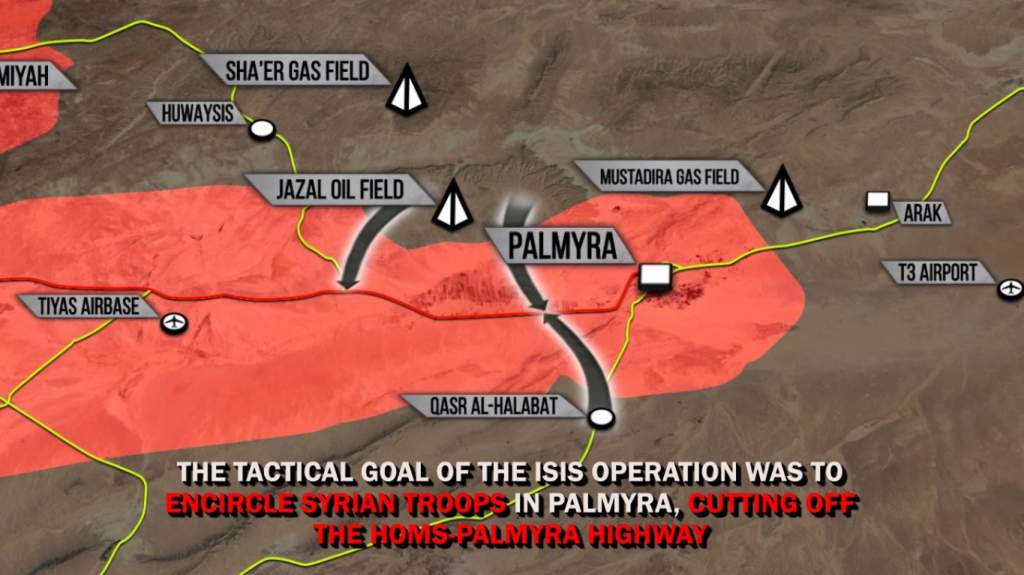 ISIS seized notable areas northwest of the city, including Jazal, set a full control over Qasr al-Halabat south of Palmyra.

The tactical goal of the ISIS operation was to encircle Syrian troops in Palmyra, cutting off the Homs-Al-Salamiyah-Palmyra highway.

On December 9, clashes continued in the area with Syrian troops were successfully repelling further ISIS attempts to deploy closer to the ancient city.

Since the start of ISIS attacks, the Syrian Air Force and the Russian Aerospace Forces have intensified air raids in the area.

The attack took place amid the collapse of “moderate opposition” forces in Aleppo.

Is there a coordination between ISIS, “moderate rebels” and their Western backers?